Blackened beach in Rayong off limits to public
Thailand
General

Workers in personal protective equipment race to clean up oil that has washed ashore in Rayong province on Saturday. (Photos by Pornprom Satrabhaya, Bangkok Post)

Police are monitoring entrances and exits to the beach as the incident could pose health risks, Mr Charnna said.

The governor asked all vendors in the area to close temporarily until normal conditions can be restored. The beach has been declared a disaster area.

Meanwhile, the Public Health Ministry has deployed medical personnel to the area to treat people for allergies and those who may come into contact with the oil.

Attapon Charoenchansa, director-general of the Pollution Control Department, said the sludge, which has contaminated at least three kilometres along the coast, is a mixture of crude oil and concentrated dispersants.

“The sea looks like a viscous liquid of chocolate. The initial plan is to skim the oil off the water, use absorbent materials and spray the chemicals,” Mr Attapon said.

The spill had not drifted to other beaches as of Saturday afternoon. However, another oil slick was just three kilometres away from Mae Ramphueng. Oil boom barriers had been placed to keep it from reaching the shoreline, he added.

The incident has adverse impacts on local vendors and fishermen in the eastern province.

Nantakarn Phuetphan, a 38-year-old seafood vendor, said her business had been deeply affected because the situation.

“There’s a decline in fish caught and many of my customers have cancelled their orders due to fears of contaminated seafood,” she said.

A local fisherman, Suchart Sukkhum, 60, said he was very concerned about the situation.

“The slick may remain in the water or wash up ashore. There’s always an impact,” he said. “The animals are contaminated, and I can’t sell them.”

The leak from a pipeline owned by Star Petroleum Refining Plc (SPRC) started late on Tuesday and was brought under control a day later after spilling into the Gulf of Thailand 20 kilometres off the coast of Rayong.

An area of the sea covering 47 square kilometres was affected before the slick drifted to Rayong’s shoreline on Friday, a satellite image from the government’s Geo-Informatics and Space Technology Development Agency showed. 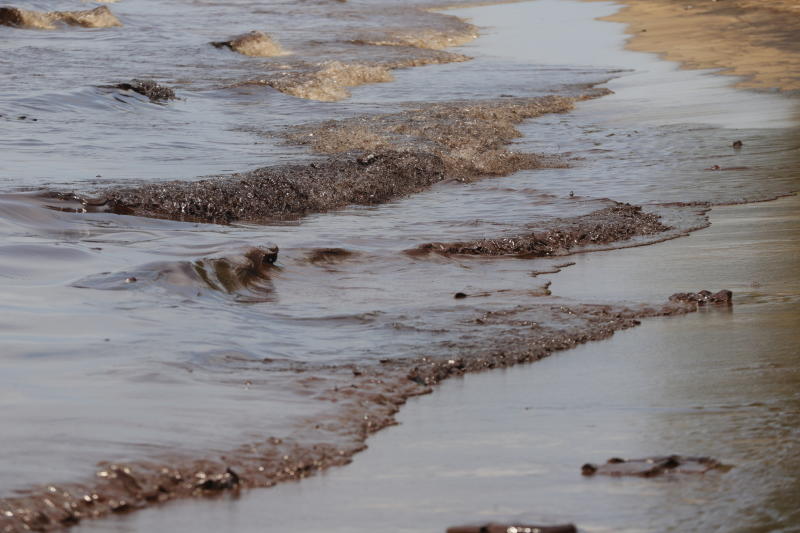 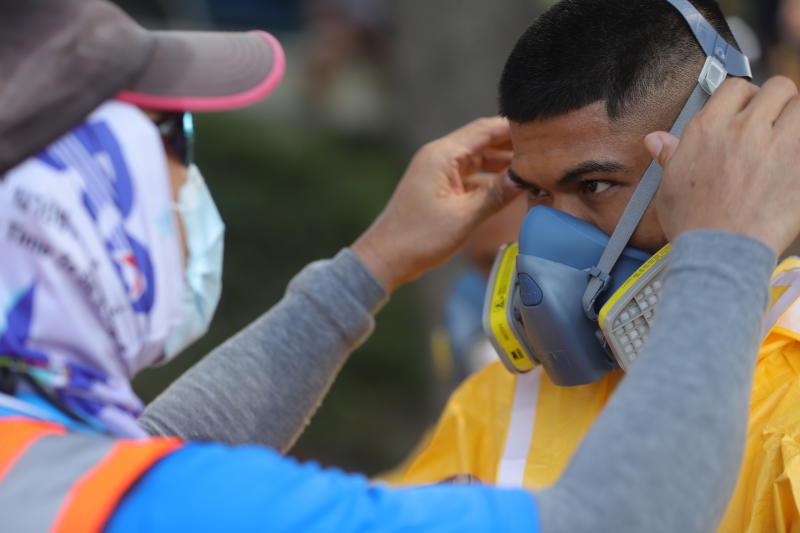 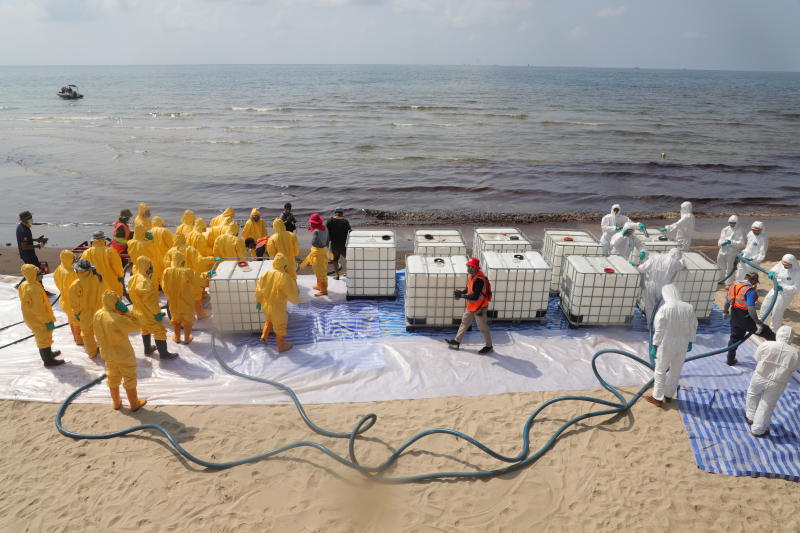 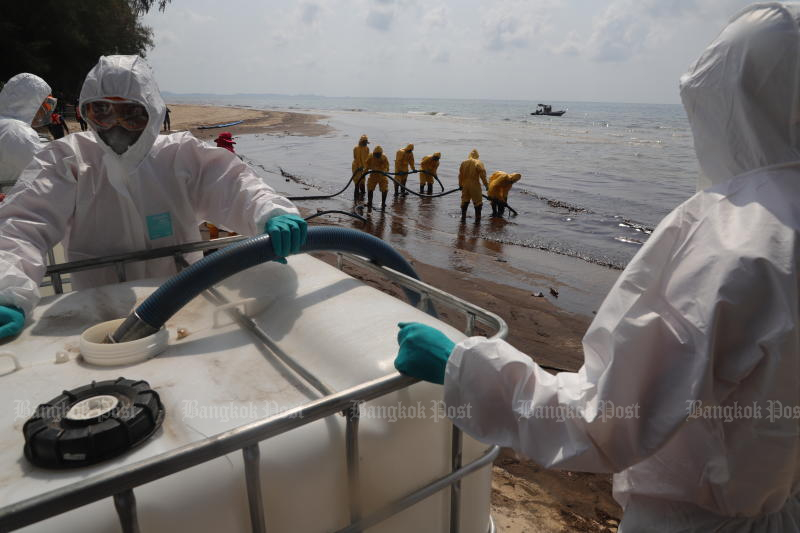 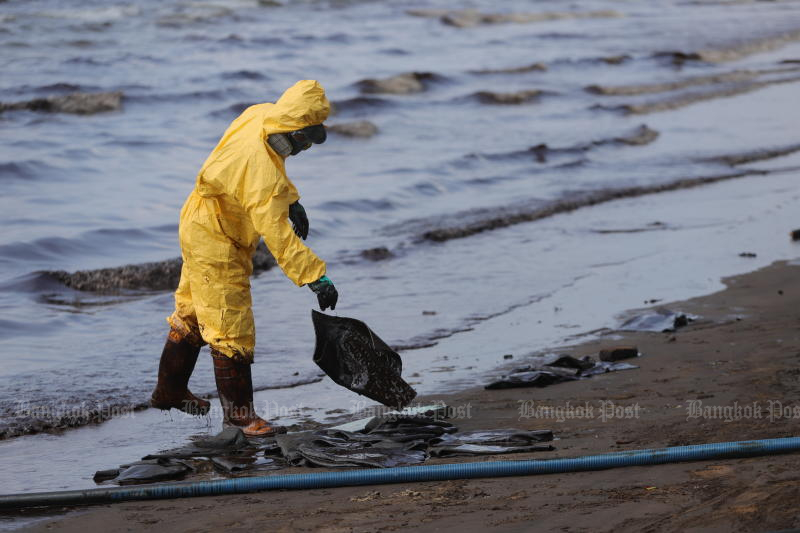 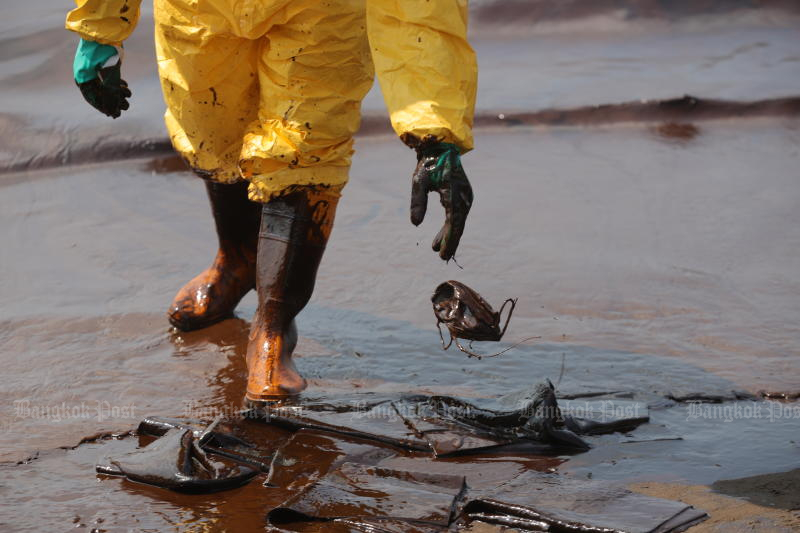 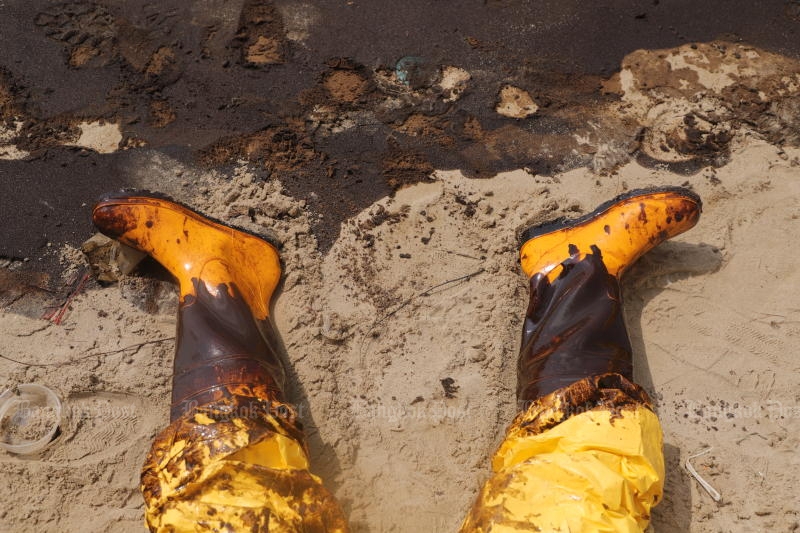 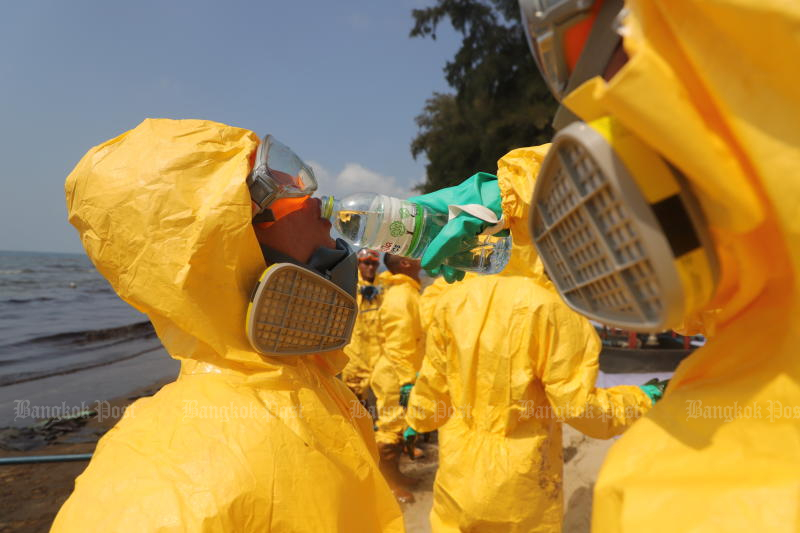 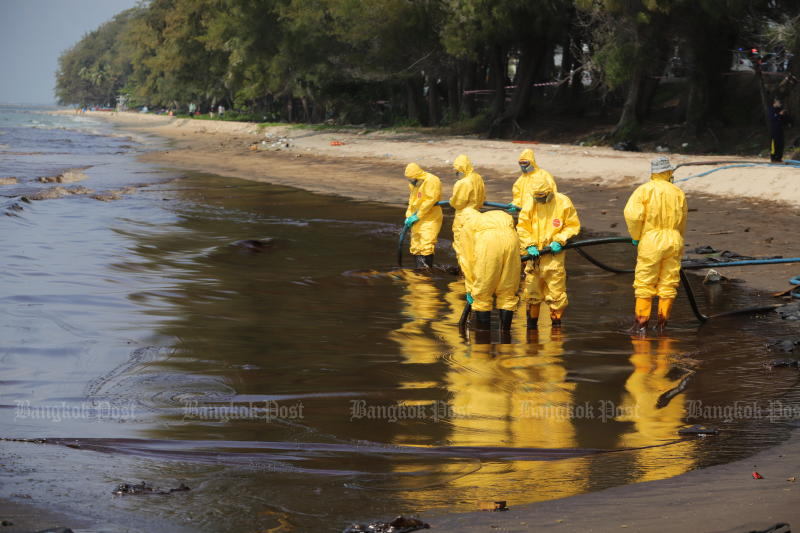 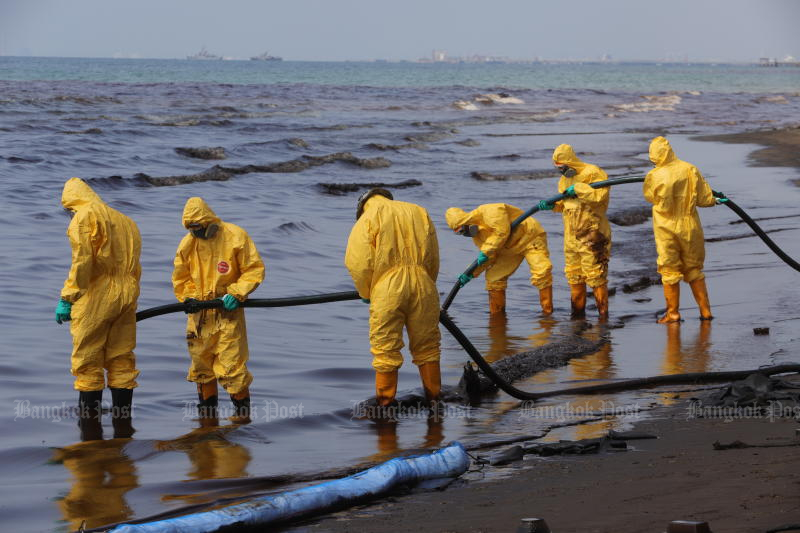 Vendors of alcoholic beverages and hotel and retail operators are calling for the further relaxation of nightlife entertainment rules and an extension of opening hours as pubs, bars and karaoke lounges struggle to survive.

The Tourism Authority of Thailand (TAT) has readjusted its estimate for foreign arrivals this year after seeing the target of 1 million visitors per month come earlier than expected.