Beaches on Koh Samet remain free from pollution by the oil slick that spread from a broken pipeline in the sea off Map Ta Phut, in Rayong, last week, Natural Resources and Environment Minister Varawut Silpa-archa said on Tuesday.

Mr Varawut said no sign of the oil had been detected at Ao Phrao or other beaches on the island facing the eastern province mainland.

Ao Phrao, a small bay and major tourist spot on the western side of Koh Samet, faces Mae Rampheung beach on the Rayong coast, which has been polluted by the oil.

Booms were used to keep the slick away from Ao Phrao on Sunday, when wind and currents were moving it in that direction from Mae Ramphueng.

Tens of thousands litres of dispersants were used to turn the oil slick into small droplets, according to the minister.

Mr Varawut said the beach in Muang district would also be safe from the oil.

"We expected the situation on Mae Rampheung beach will return to normal this week," the minister told CU Radio of Chulalongkorn University.

However, swimming would not be allowed until authorities were certain the environment was once again safe for beach-goers, he said. (continues below) 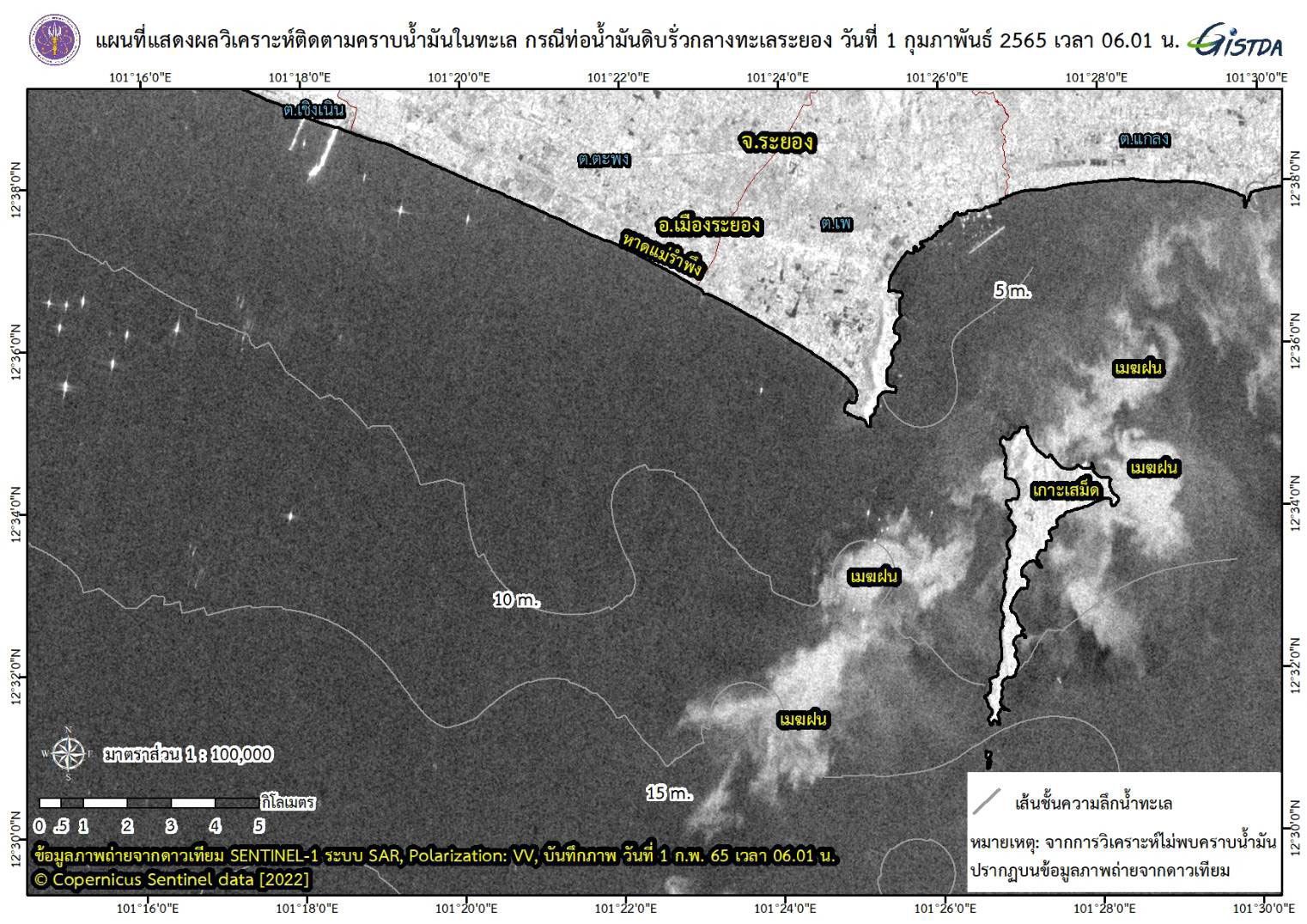 A satellite picture taken at 6am on Tuesday by Geo-Informatics and Space Technology Development Agency.

A satellite map poduced by Geo-Informatics and Space Technology Development Agency at 6am on Tuesday showed no oil slick on the surface of the sea in the area. But it said a thin sheet of oil might not be detectable from space.

Part of tambon Ban Phae and tambon Tapong, where Mae Ramphueng beach is, remains a disaster zone, declared by the province to speed up operations to combat the oil slick.

Crude oil leaked from an undersea crude oil pipeline owned by Star Petroleum Refining Plc on the night of Jan 25. The leak occurred at a mooring about 20 kilometres off the mainland. The exact amount of spilled oil remains unclear, with the refining company saying only that it was between 20,000 and 50,000 litres.