These job seekers were among 264 illegal border crossers caught on Friday and Saturday in four districts of Kanchanaburi. (Photo: Piyarat Chongcharoen)

KANCHANABURI: Another 264 illegal migrants from Myanmar seeking jobs in Thailand were arrested in four districts of this province on Friday and Saturday, and four guides were also caught.

A total of 156 men and 108 women were caught. Four men who guided them were also arrested. Officials conducted temperature checks and their temperatures were all normal, according to the arresting team.

During questioning, the migrants said they had travelled to Thailand from Mawlamyine, Yangon, Bago and Rakhine in Myanmar to obtain jobs in Samut Sakhon, Rayong, Kanchanaburi and Bangkok. Some had paid between 15,000 and 25,000 baht each to job brokers while others were to make payments on arriving at their workplaces.

Local reports said the arrests began on Friday around 4pm when two people were caught at Bong Tee Lang village in Sai Yok district, followed by one man and a guide in the same location a half-hour later.

Another 28 Myanmar nationals were arrested at Nong Pla Plong village Moo 6 in Sai Yok district around 7am on Saturday. At 10.30am, five men and one woman were caught at Wang Nam Khiew in Sai Yok.

All those arrested were handed over to local police in the four districts to face charges of illegal entry. The four men, whose nationalities were not disclosed, were charged with assisting illegal border crossers.

Border security has been beefed up in recent months to deter border crossers who might be transmitting the coronavirus. But illegal crossings continue to increase, especially from Myanmar, where economic conditions have deteriorated considerably since the military seized power a year ago.

Adisorn Kerdmongkol, a representative of a migrant labour development network, recently estimated that 80,000 illegal border crossers, the vast majority of them from Myanmar, were caught in Thailand last year. As many as 100,000 more probably slipped past the authorities and were now employed in major provinces, he added.

Prime Minister Prayut Chan-o-cha last week said all parties involved should step up efforts to register workers from neighbouring countries so that they can be employed legally in Thailand, where a labour shortage is threatening the economic recovery.

The Federation of Thai Industries has said that the country faces a shortage of about 800,000 migrant workers needed for the manufacturing, service and tourism sectors. 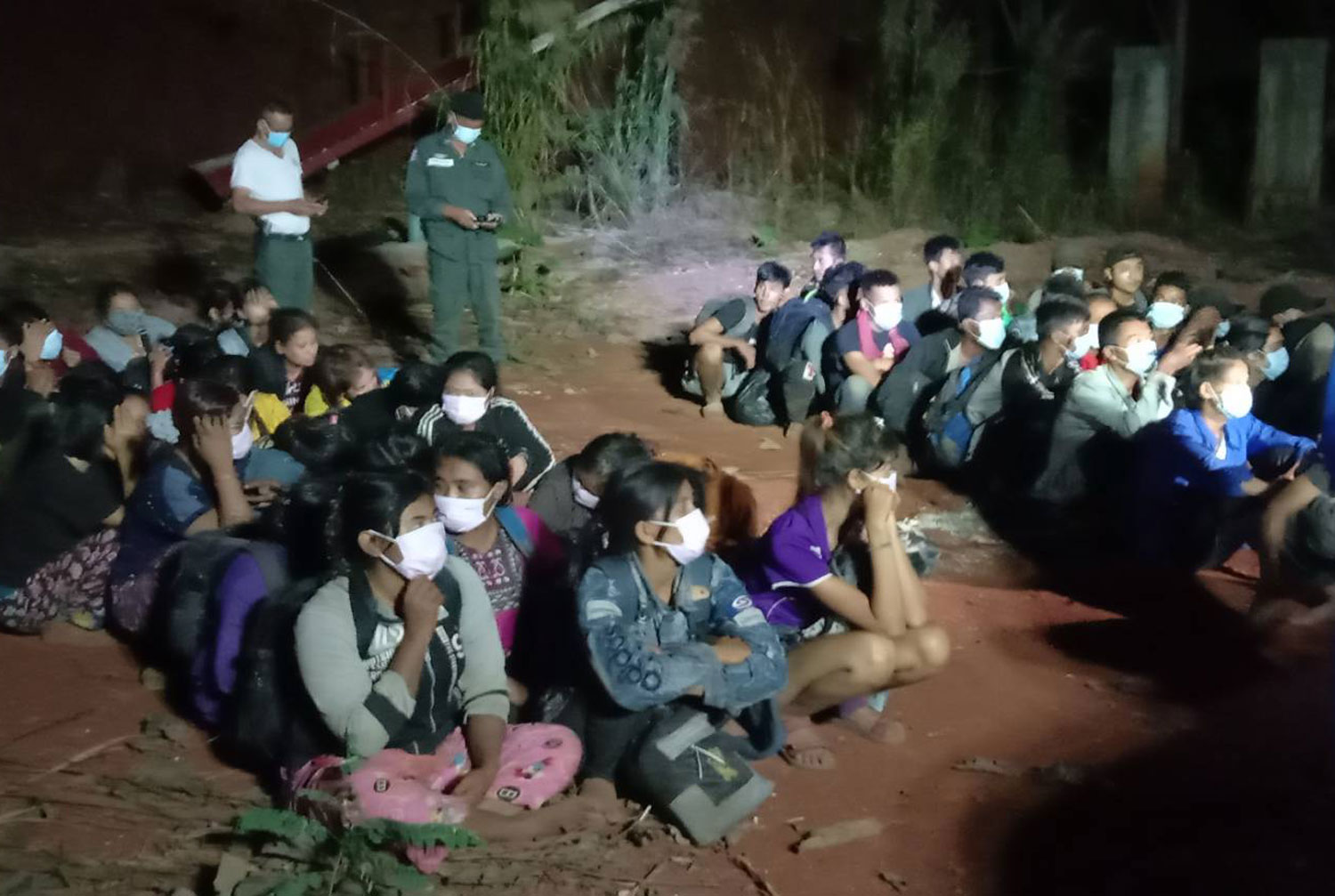 Soldiers guard a group of Myanmar nationals detained near the border in Kanchanaburi. (Photo: Piyarat Chongcharoen) 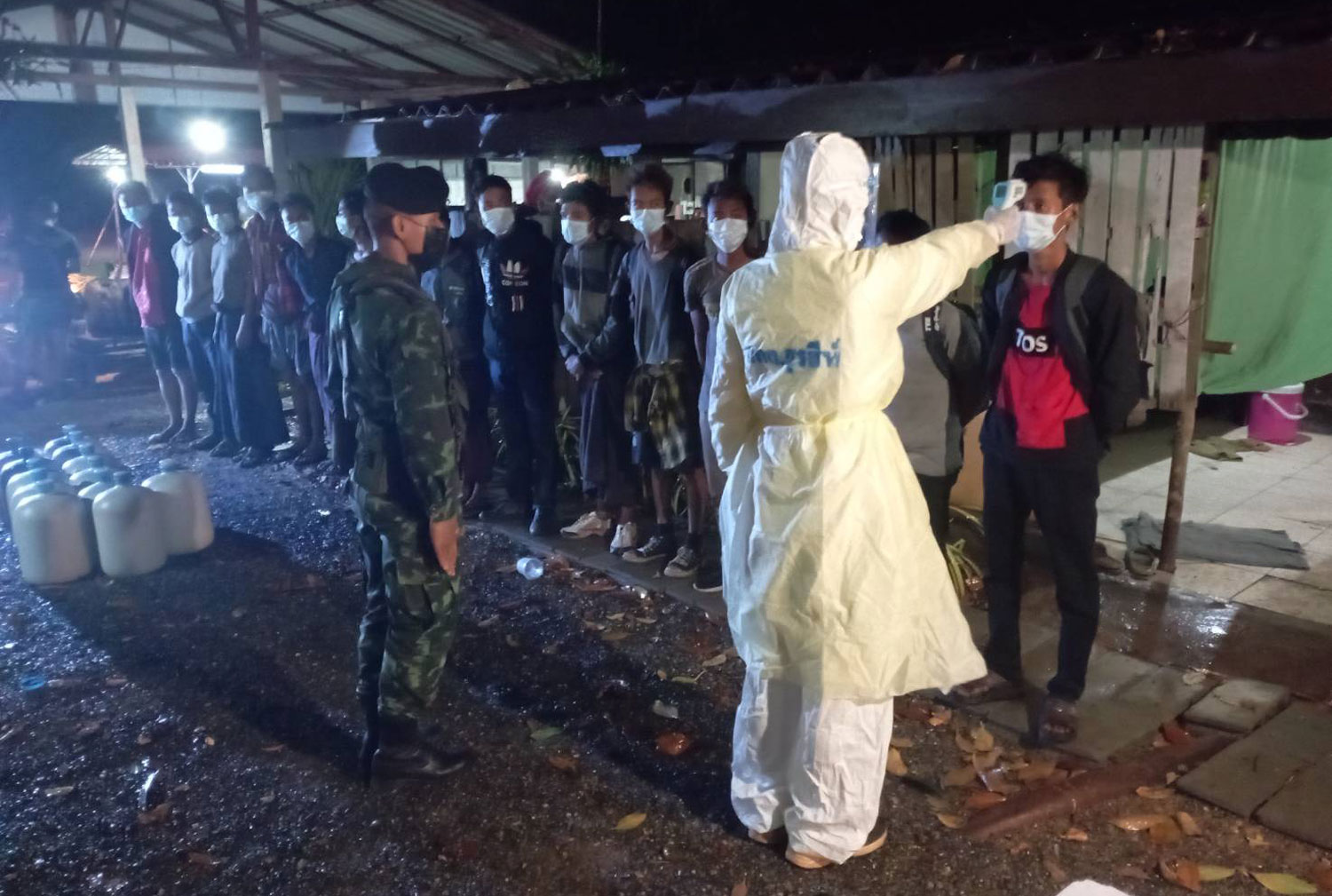