A rock formation featuring footprints of the Lord Buddha can now be seen in the middle of the Mekong River in the northeastern province of Nakhon Phanom. (Photos: Pattanapong Sripiachai)

NAKHON PHANOM: Local residents and tourists have been paying homage to a rock formation said to contain footprints of the Lord Buddha, now visible above the water in the middle of the Mekong River, which has dropped to just one metre deep.

According to reports, the falling water level in the Mekong in Tha Uthen district of Nakhon Phanom is due to outflow restrictions from Chinese dams upstream and lower-than-average rainfall this year. Levels in the Mekong’s tributaries are also very low.

Last year was the ninth driest year on record in the Mekong Basin, according to data collected by the Mekong Dam Monitor. That is making the 2022 dry season even drier and threatening agricultural productivity in the Mekong Delta, it said.

In normal times, people can catch sight of the rock formation during the Songkran festival in mid-April, but its base is now clearly visible as well.

The local community has provided a walkway for worshippers and tourists who want to visit the sacred site by foot.

The northeastern province is also organising activities to draw more visitors from now until Songkran.

According to traditional beliefs, the Lord Buddha was invited by mythical Naga serpents to preach in their underwater palaces and was asked to imprint his footprints at the mouth of the river. 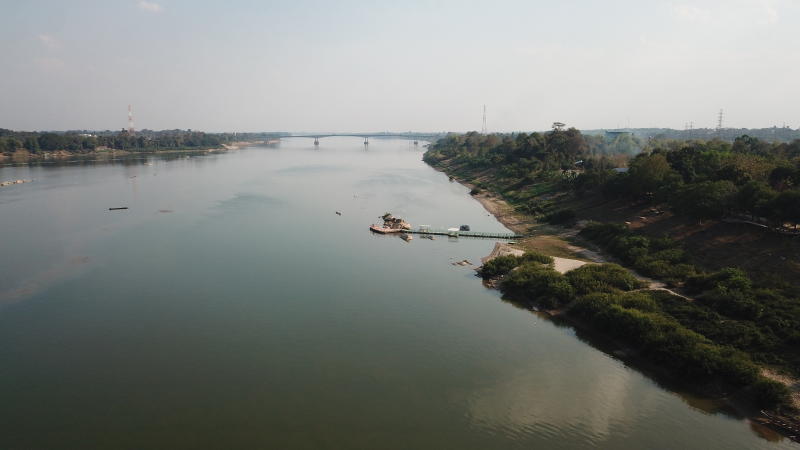 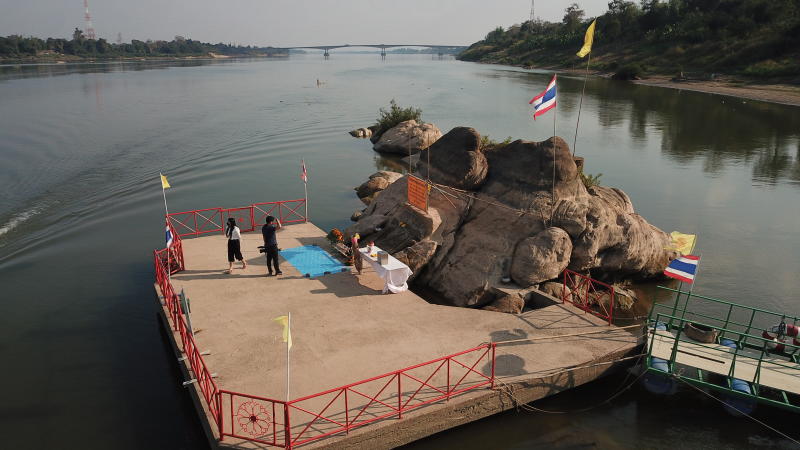 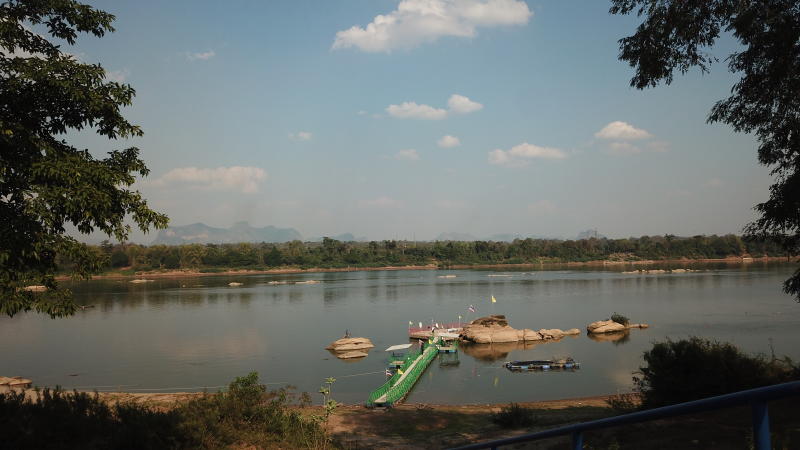