NAKHON PHANOM: Six police officers have been transferred pending an investigation into allegations that they demanded money in exchange for the release of three drug suspects. The seized drugs have vanished.

An initial investigation into the incident, which took place early last month, found there were grounds to the allegations, said Pol Maj Gen Thanachart Rodkhlongtan, chief of the Nakhon Phanom police.

An investigative panel is now gathering evidence to substantiate the charges, he said on Saturday.

The move came after a photo showing a man and a woman with a sack containing 200,000 speed pills was recently posted on a Facebook page along with an audio clip of a man, claiming to be a drug dealer.

The dealer is heard accusing a team of police investigators in Nakhon Phanom of demanding money from him in exchange for the release of his accomplices, who were caught at Phon Chan village in Phon Sawan district on Jan 7 or Jan 8. The seized drugs also vanished, he claimed.

Pol Maj Gen Thanachart said he ordered the investigation as soon as he learned of the allegations. An initial investigation found that police had arrested drug suspects and seized speed pills at Phon Chan as claimed.

However, there was no police record of the incident and the seized drugs had not been handed over to local police, said the provincial police chief.

He believes the seized drugs had been embezzled. However, he declined to give further details regarding the alleged demand of money in exchange for the release of the suspects.

Pol Maj Gen Thanachart vowed that he would not protect any subordinates found guilty. If firm evidence warrants further action, criminal and disciplinary action would be taken against the accused officers who would be fired from the police force, he added. 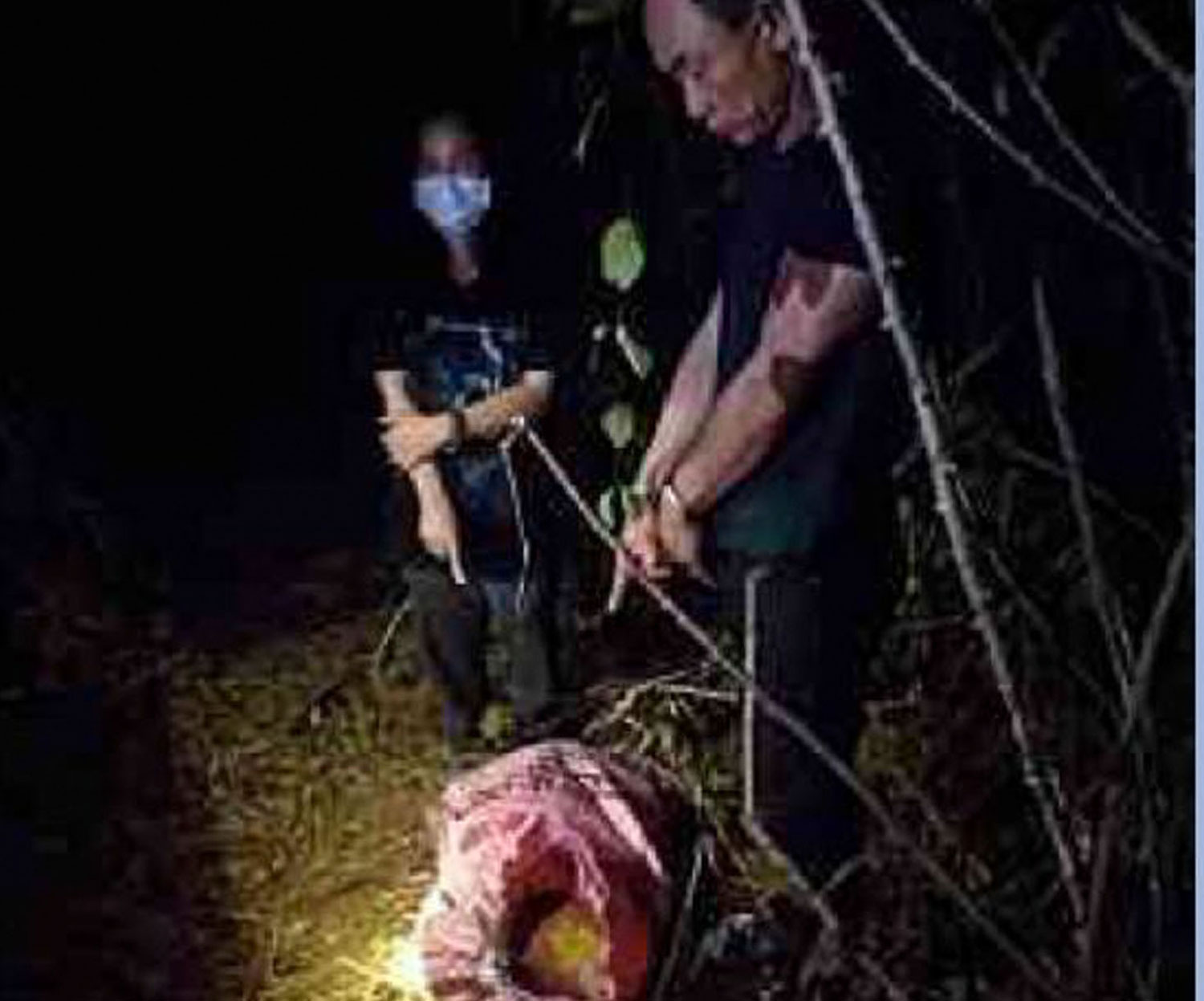 A photo of two drug suspects with a sack said to contain 200,000 speed pills is posted on Facebook. The pair were among three suspects arrested in Phon Sawan district of Nakhon Phanom on Jan 7 or 8. It has since been learned that there is no police record of the seized drugs being logged into evidence. (Photo supplied: Pattanapong Sripiachai)