Customs officials and Suvarnabhumi airport officials on Tuesday announce the seizure of cocaine worth about 46.5 million baht found in the bags of three Brazilians who arrived on two flights from Brazil. (Photo: Sutthiwit Chayutworakan)

Three Brazilians have been arrested on arriving at Suvarnabhumi airport and 15.5 kilogrammes of cocaine, worth about 46.5 million baht, seized from their luggage.

The suspects, two men and one woman, had arrived from Brazil on two flights on Monday.

An X-ray showed suspicious items in compartments of their three bags. A closer examination found nine kilogrammes of cocaine in the concealed sections. It was wrapped in black plastic and had a street value of about 27 million baht.

Later on Monday, a 24-year-old Brazilian man was arrested after 6.5 kilogrammes of cocaine, worth about 19.5 million baht, were found hidden in his two bags. The suspect had travelled from Brazil on flight QR836, arriving about 12.40pm.

The three suspects and the seized drugs were detained pending further legal action. 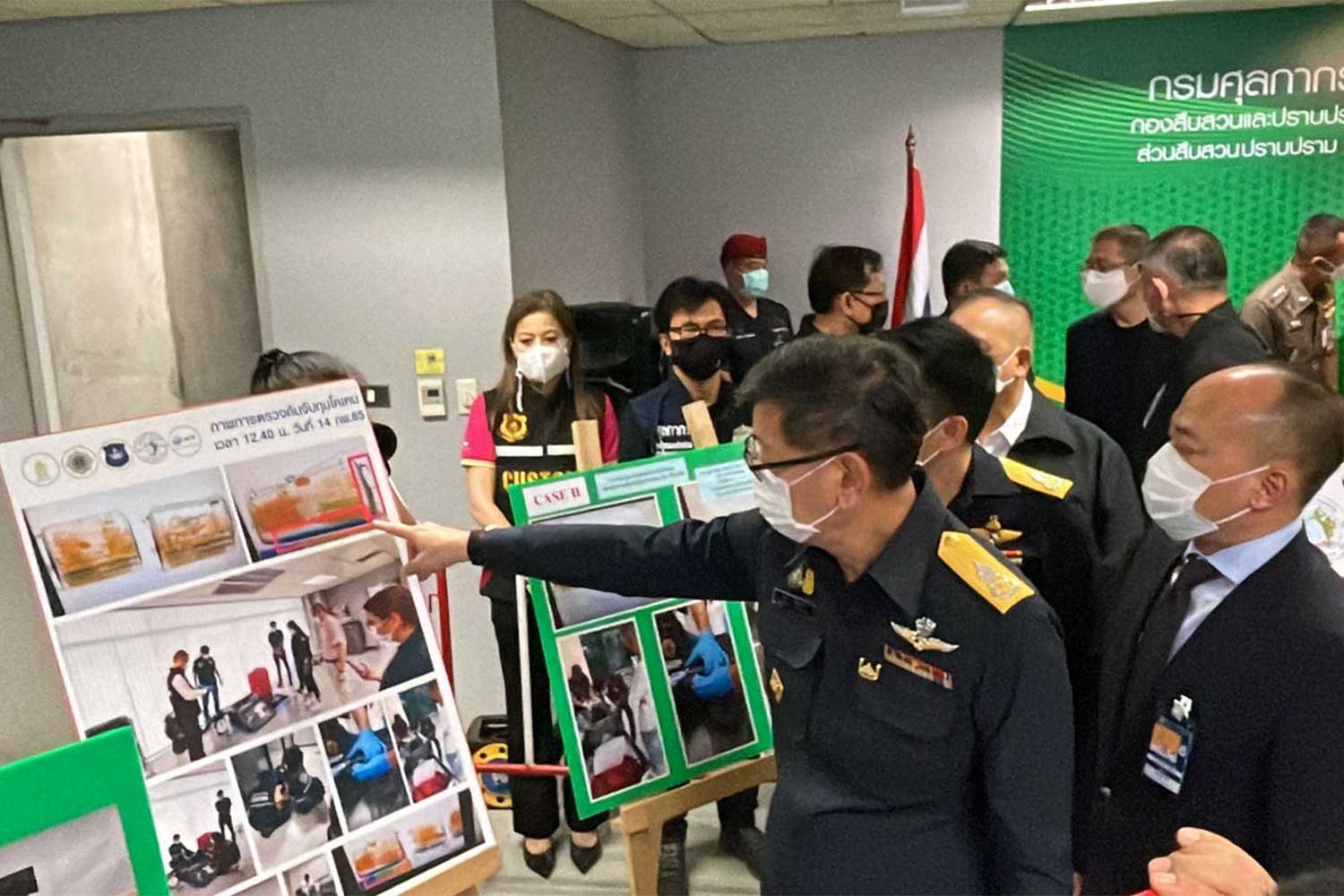 An X-ray shows suspicious items inside the travellers' bags. The items turn out to be cocaine. (Photo: Sutthiwit Chayutworakan)