A member of the arresting team examines a pistol found hidden in the house of suspect Saiyid Ratdaewa, 33, accused of involvement in smuggling illegal migrants to Malaysia.

SONGKHLA: A man wanted for alleged involvement in smuggling illegal migrants from Myanmar to Malaysia was arrested at a house in Sadao district of this southern province on Saturday.

A combined team of soldiers and police raided a rented house in Padang Besar municipality to arrest Saiyid Ratdaewa, 33.

Mr Saiyid, a native of tambon Padang Besar, was wanted on a warrant issued by the Na Thawi provincial court for colluding in the smuggling of migrants.

Seized from the property were a .22 pistol and 33 rounds of ammunition, a pickup truck and a mobile phone. The raid was led by Col Thanitphon Hongwilai, commander of a military task force.

The arrest followed an extended police investigation after illegal migrants from Myanmar were caught at a rubber plantation near the southern border in Sadao district on the night of Jan 20.

The 25 men and six women were hiding in a ditch about one kilometre from the Malaysian border.

During questioning, the detainees told police they had travelled from Myawaddy township in Myanmar and were heading for promised work in Malaysia. They had entered Thailand via a natural border crossing into Mae Sot district of Tak province, and were then taken by pickup truck to Hat Yai in Songkhla.

From Hat Yai another vehicle took them close to the border in Sadao, where they were told to wait for assistance getting across the border.

The extended investigation found that Mr Saiyid had acted as a job broker to send illegal Myanmar migrants to work in Malaysia. There were Thai, Myanmar and Malaysian nationals involved in the smuggling operation, according to police. 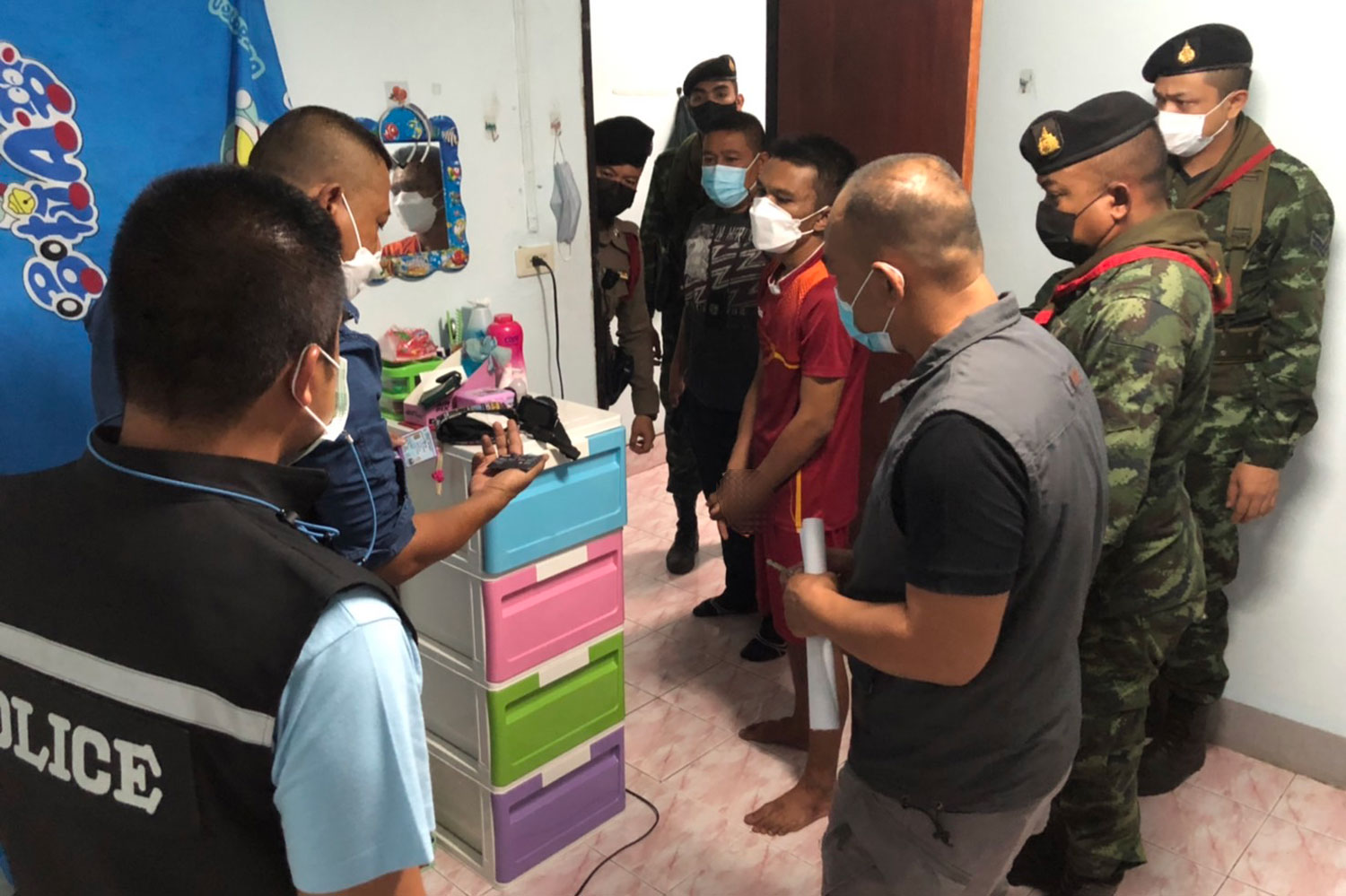