Nations 'can benefit from global alliance'

The Muslim World League (MWL) secretary-general has called on all countries to promote peaceful coexistence in multicultural societies to achieve world peace.

Speaking during a visit to the kingdom, Mohammad bin Abdulkarim Al-Issa said nations can benefit from the United Nations Alliance of Civilizations (UNAOC), which was created to counter extremism in the early 2000s.

His goal, he said, was to strengthen ties between Thailand and MWL member countries.

During his visit, he was invited to give a keynote speech at a forum under the theme of "The Importance of Alliance of Civilisation", held by Chulalongkorn University Muslim Studies Centre.

The forum's theme is in line with a UN framework enacted to bridge divisions and promote harmony among nations to prevent conflict and boost social cohesion.

In 2004, then-Spanish premier Jose Luis Rodríguez Zapatero presented the idea of an "Alliance of Civilizations" in his first General Assembly address in New York, according to the UN website. This came amid tensions between the Western and Muslim worlds.

The following year, then-UN secretary-general Kofi Annan launched the UNAOC at the UN headquarters in New York, with Spain and Turkey.

Since then, the alliance has worked to bridge the growing gap with the Muslim world.

"All countries should embrace this alliance to help promote world peace and protect diversity around the world," Mr Mohammad told the forum. 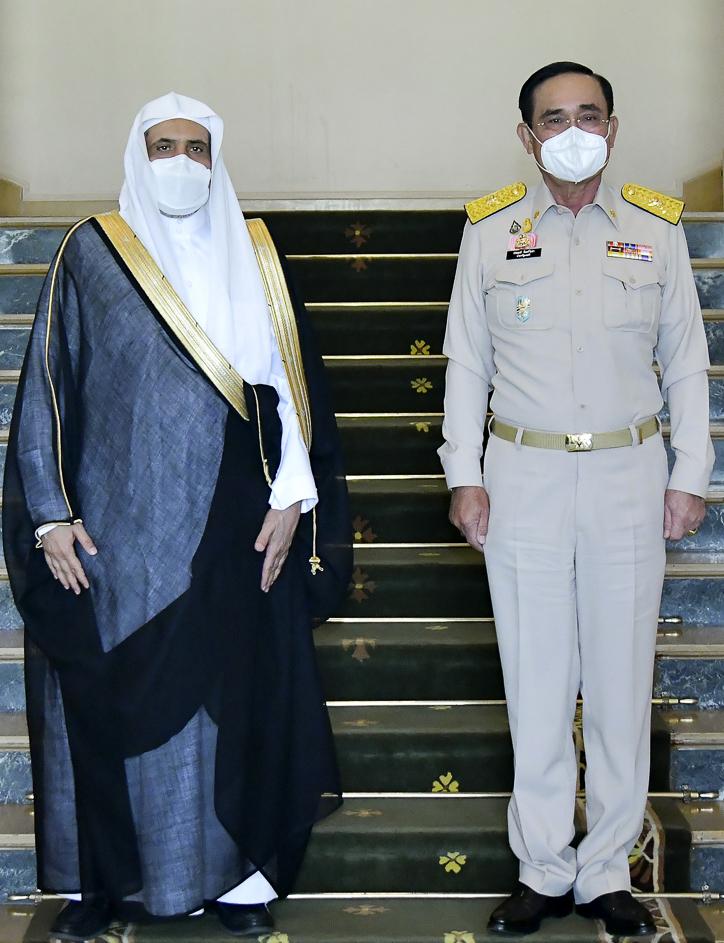 Mr Mohammad said it was not about asking every civilisation with certain values how to engage with other civilisations, but rather asking how those values affect others.

It was also about how to engage with those who opposed diversity, he said.

"How do we act with them? Do we exchange hatred with them?" Mr Mohammad said. "If we deal with others with morals, values and logic, we have to ask ourselves, is it enough just to love others or is it necessary to engage with dialogue, understanding and cooperation?"

"In short, we have to form alliance of civilisation," he said.

He said humans share 10% of the same values, and it can be enough to achieve world peace.

"If we only work and focus on this 10%, we will be able to achieve harmony and peace," he said.

He also explained the benefits of the alliance, including how it can help promote mutual respect; offer beneficial cultural and educational exchanges; reduce fear; and more importantly, eliminate negative religious, cultural, ethnic and social tensions.

Mr Mohammad said this alliance can help eliminate extremism and terrorism by encouraging others to form a united effort against those ideas.

He said that while extremists and terrorists only make up a small percentage of the world's population, they can cause a detrimental impact on the world.

He said these two things were mentioned in the clash of civilisation theory, referring to American political scientist Samuel P Huntington's notion that culture and religion will be the source of conflict in the post-Cold War era.

Mr Mohammad said extremism and terrorism aim to distance civilisations from each other to make the alliance weak.

To bolster the alliance, he said every civilisation must depend on other civilisations, especially in terms of mutual interests and values.

"It is important for all nations to work on establishing the moral framework to promote shared values, which is the role that the High Representative of the United Nations Alliance of Civilizations is currently working on," Mr Mohammad said.

"The representative is helping in this alliance by strengthening the alliance, so it can become a global forum for an intercultural dialogue and cooperation, and build a bridge between the East and the West in particular," he said.

Mr Mohammad said Thailand was a role model for peaceful multicultural societies, for which he was grateful.

Mr Mohammad's visit, he said, presented an opportune time for the two sides to exchange views on how to strengthen cooperation and ensure peaceful coexistence among people of different faiths around the world.

He also highlighted the long history of Thai multiculturalism.

The ministry quoted Mr Mohammad saying that Thailand is where people of different cultures and religions can co-exist peacefully.

He also expressed appreciation to the government for enacting policies which promote interfaith dialogues, freedom of religion and harmony in society, the ministry said.

Thais, regardless of their ethnic background or religion, have lived together peacefully with respect to the law and a shared mindset cultivated over a long period, Mr Mohammad said.

The secretary-general of the MWL said he would like to use Thailand as a role model for member countries to study so they can adapt ways to promote peace and reconciliation in the international fora.

The MWL is an international non-governmental Islamic organisation, based in Mecca, Saudi Arabia, established in 1962.

It aims to present "true Islam" and its tolerant principles, provide humanitarian aid, and extend bridges of dialogue and cooperation, the ministry said.

The MWL follows the path of centrism and moderation to realise the message of Islam while warding off movements calling for extremism, violence and exclusion for a world full of peace, justice and coexistence, the ministry said.

The previous MWL secretary-general visited Thailand twice, in 2007 and 2012, it said.