One of 3 suspects in Nakhon Nayok TAO murders caught

Police arrest a shirtless Thawatchai Sricharn, 48, one of three suspects in the murder of the deputy chairman of a local administrative body and his driver and the wounding of the chairman in Nakhon Nayok on Feb 14, in Muang district of Nakhon Nayok on Tuesday morning. (Photo supplied)

One of three suspects in the murder of two men and the wounding of a tambon administration organisation chairman was arrested by police in Nakhon Nayok on Tuesday morning.

He was apprehended as teams of local, provincial and crime suppression police and officers from the Hanman task force searched targeted premises in Bang Somboon area around 6am.

About 300 police were involved in the search for suspects in the Feb 14 attack on a van carrying the three victims.

Thawatchai Sricharn, 48, was detained at a house in tambon Sri Chula of Muang district by police armed with arrest warrants for the three men.

Mr Thawatchai denied any involvement, but admitted he was the man named in an arrest warrant.

The gunmen killed the deputy chairman of Bang Somboon tambon administration organisation (TAO) Somchai Muang-kard, 63, and the driver Watchara Nutdaeng, 52.  Mr Somchai was shot in his chest and left leg. Mr Watchara was shot three times, in the torso and legs.

TAO chairman Yannakorn Thorprayoon, 44, was hit by bullets in the left shoulder and left leg and rushed to hospital. He survived.

Their van was attacked on Pak Thor-Toey Noi Road in tambon Sri Jula of Muang district around 9pm on Feb 14. The gunmen were travelling in a vehicle that pulled up alongside them on the dark road.

Police obtained court warrants on Monday for the arrest of three men on charges of murder, attempted murder and illegal possession of weapons and firing them in a public area.

The other two suspects were named by police as Ratthaphon Tansuwannarat, 35, known as “Big’’ and ‘’Guman Khao (white child)’’, and Phuriwat Nimruang, 52, alias “Od’’ or “Guman Dam (black child)”.

A source in the police investigation team said it was believed Mr Ratthaphon was the gunman and Mr Phuiriwat drove the vehicle used in the attack. Both suspects remained at large.

A police source said Mr Thawatchai denied all charges. He claimed he and Mr Ratthaphon were eating moo krata pork barbeque together at the time of the shooting. After learning about the attack, he went to the scene to see for himself.

He said he was not involved, but admitted he was close to Mr Ratthaphon and Mr Phuriwat, and to another man identified as Prasopchok. 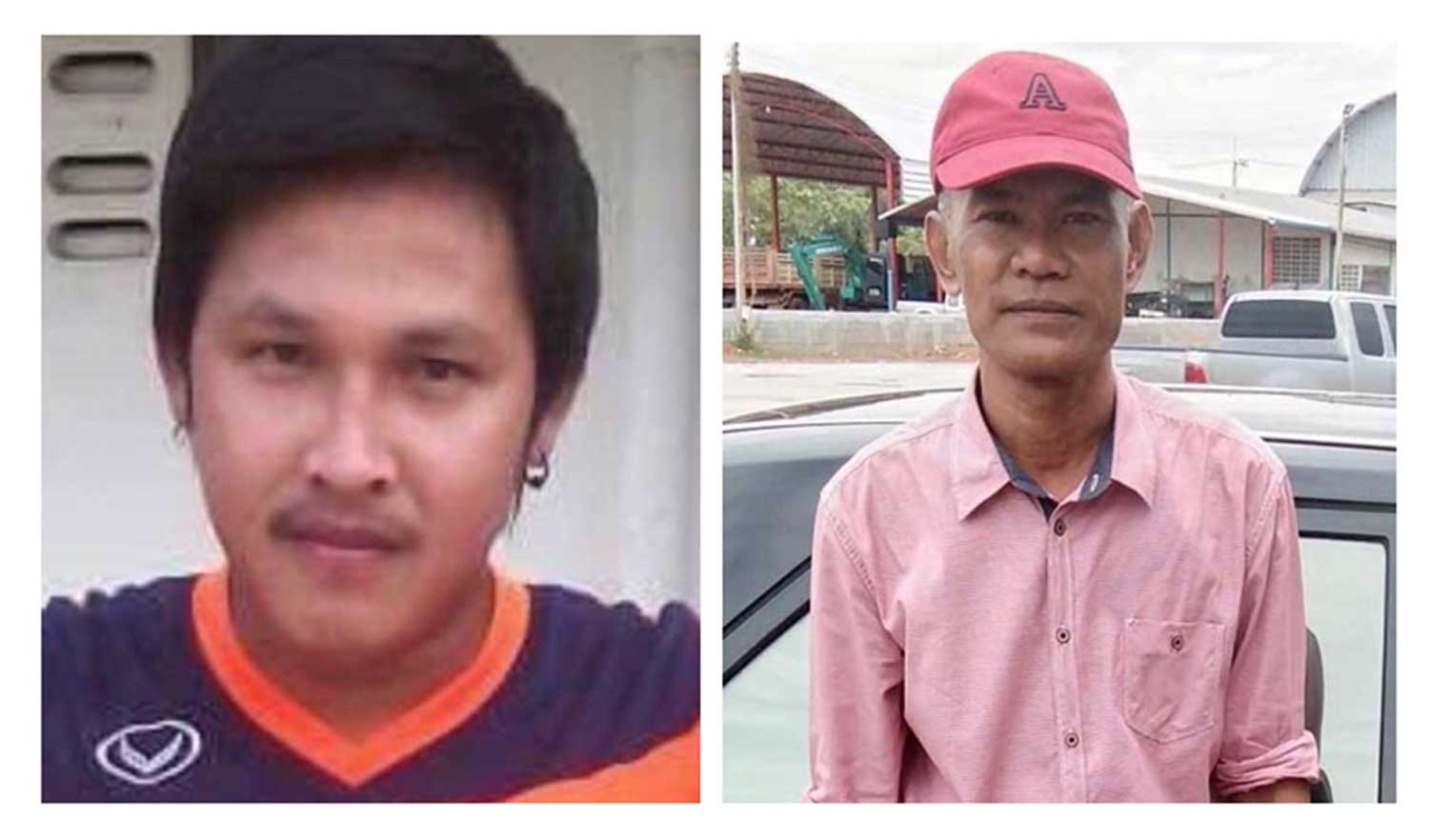