A fact-finding inquiry has been launched into the conduct of a school deputy director in Chaiyaphum province after copies of his alleged chats with a girl student were posted on social media.

He is accused of offering better grades if the girl visited him at his home, and of flirting with other students.

His alleged activities drew heavy criticism on social media, with the hashtag #โรงเรียนม่วงเหลืองย่านถนนบรรณาธิการ (A school with purple and yellow colours on Bannathikarn Road) trending on Twitter.

One posting had the accused deputy school director offering to the alter girl's grades if she came to see him at his house. He also offered to buy her a mobile phone of any model she wanted and told her he was still single.

The names of the accused man and the school were not mentioned. However, the school's colours, purple and yellow, and the road, Bannathikarn, were clearly mentioned on social metia.

Chairat Charoensuk, director of Satrichaiyaphum School, told Thai media on Wednesday the school did not sit idle after learning of the discussion on social media.

The school had already reported the matter to the Office of the Basic Education Commission and the OBEC’s Chaiyaphum office director. And it had set up a fact-finding committee to investigate the matter.

The panel would call the deputy school director for questioning and make its report in seven days, Mr Chairat said. 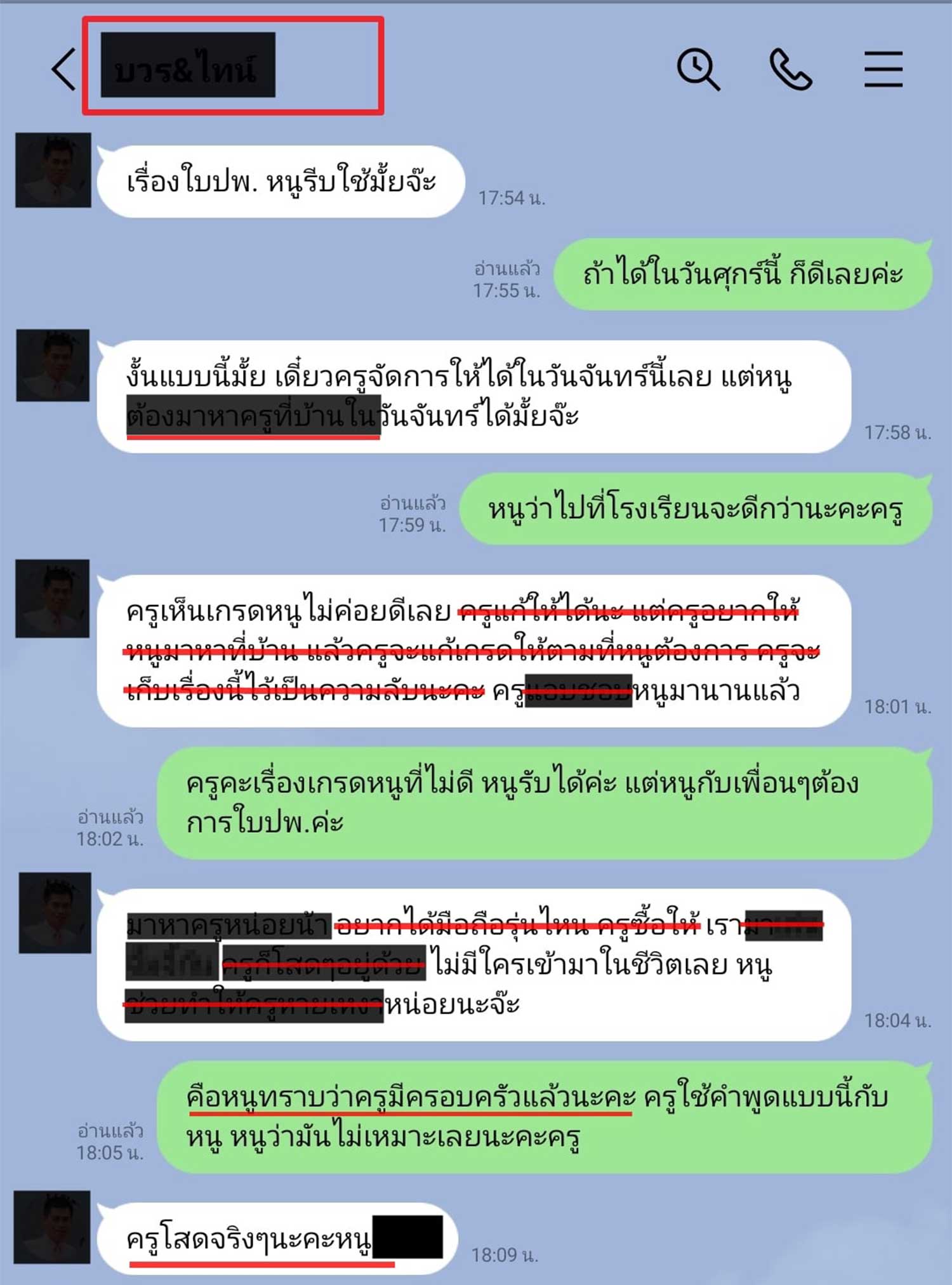 A chat conversation allegedly between a school deputy principal in Chaiyaphum and a girl student is posted on Facebook. The man offers to change the student's grades if she comes to see him at his house. He also offers her a mobile phone. (From Rabnong Sangsan Radab Mahakarn Facebook page)