CHON BURI: Police will propose the closure of two pubs in Pattaya for repeated breaches of Covid-19 restrictions after raids early Thursday morning.

The two duty managers were arrested and charged with both serving alcohol and remaining open after permitted hours.

A least 50 customers were dancing to music or drinking alcohol when police entered  the Apollo pub around 12.30am. Some customers were smoking baraku. Police ordered all activities to stop and all people were asked to wear face masks.

At the Jacky Karaoke pub, many customers were drinking alcohol and the room smelled of tobacco smoke. Nobody was wearing a face mask, police said.

Two people admitted to be managing the pubs. They face charges of operating the pubs without a permit, serving alcoholic beverages beyond permitted hours and violating the provincial communicable disease control’s Covid-19 restrictions.

Police said they would recommend the closure of the two pubs for repeated offences.

However, the two pubs were crowded and had poor ventilation, which increased the risk of coronavirus transmission, police said. Chon Buri province, which takes in the city of Pattaya, continues to see a high rate of infection. 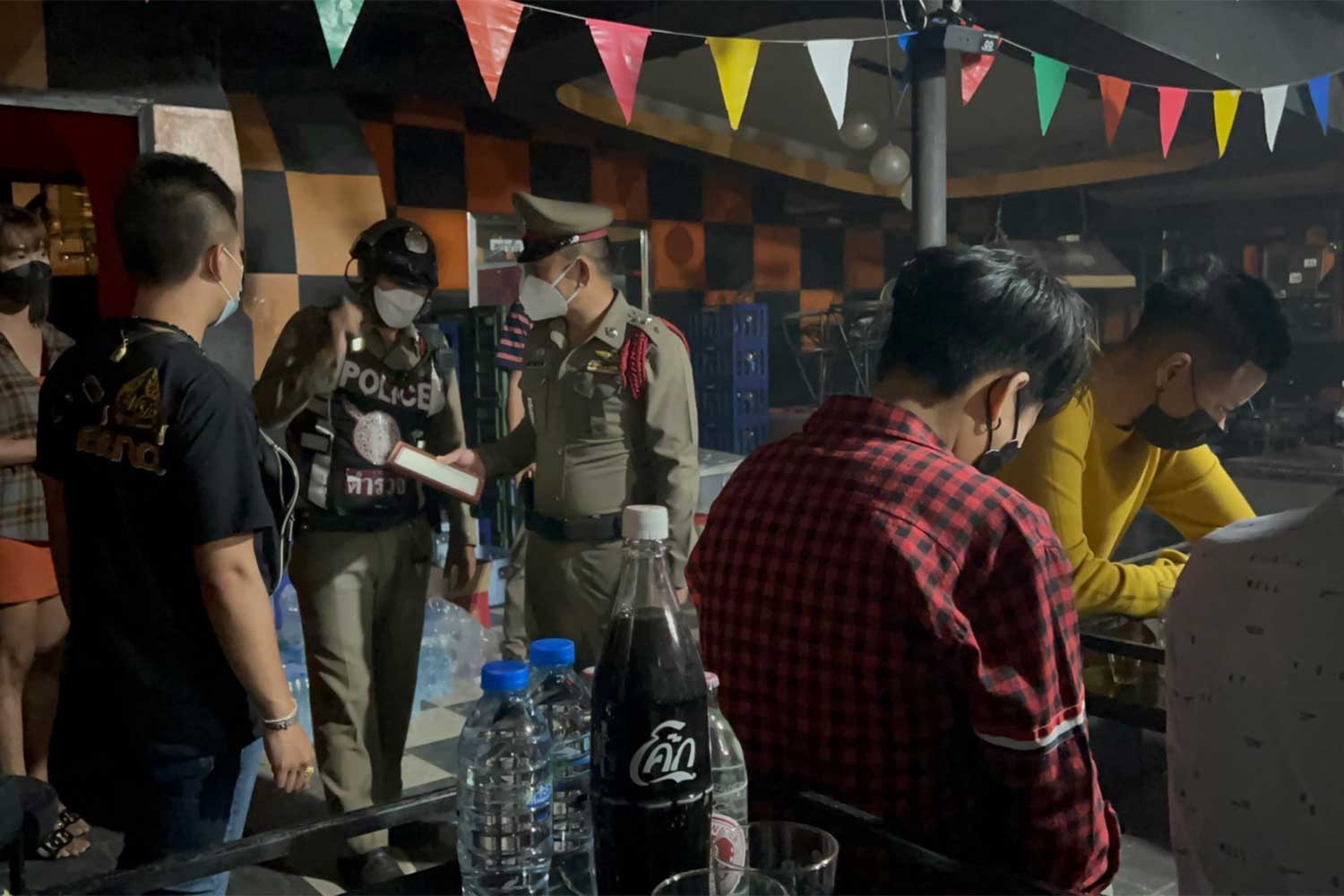 Police raid the Apollo pub in Pattaya in the early hours of Thursday. (Photo: Chaiyot Pupattanapong)