Empowering women in the South

Rachada Dhnadirek chats to a woman during one of her visits to the far South as a special government representative on women's empowerment.

The deputy government spokeswoman Rachada Dhnadirek has assumed the role of a special representative in solving the security unrest in the deep South.

The idea is to give women space and let them be problem-solvers rather than observers. In an interview with the Bangkok Post, she discusses her aspirations and the challenges she faces.

How did you end up with the job and how do you juggle your time between deputy spokeswoman and special representative?

It's been an interest of mine going back to the time I was first elected as an MP to work in the southern border provinces. I have had the opportunity to be involved in women's networks. I found a channel where I could go in and promote women's roles, gender equality and women's access to the justice process in Muslim society. It's issues like these that women can better tackle among themselves, and we feel more at ease doing that.

I informed the prime minister that women should have a role to play in the special representative team and he entrusted me with this job.

But you're a Bangkok resident. What problems in the South caught your interest?

When I served for the first time as an MP of the Democrat Party in 2007, many new MPs had joined the party. We were taken on a tour of the three southern border provinces.

It was my first visit to the region and I was impressed. I met both Thai and Muslim residents and came to know the myriad local problems they face, particularly from a social point of view. I wanted to take care of the people there. 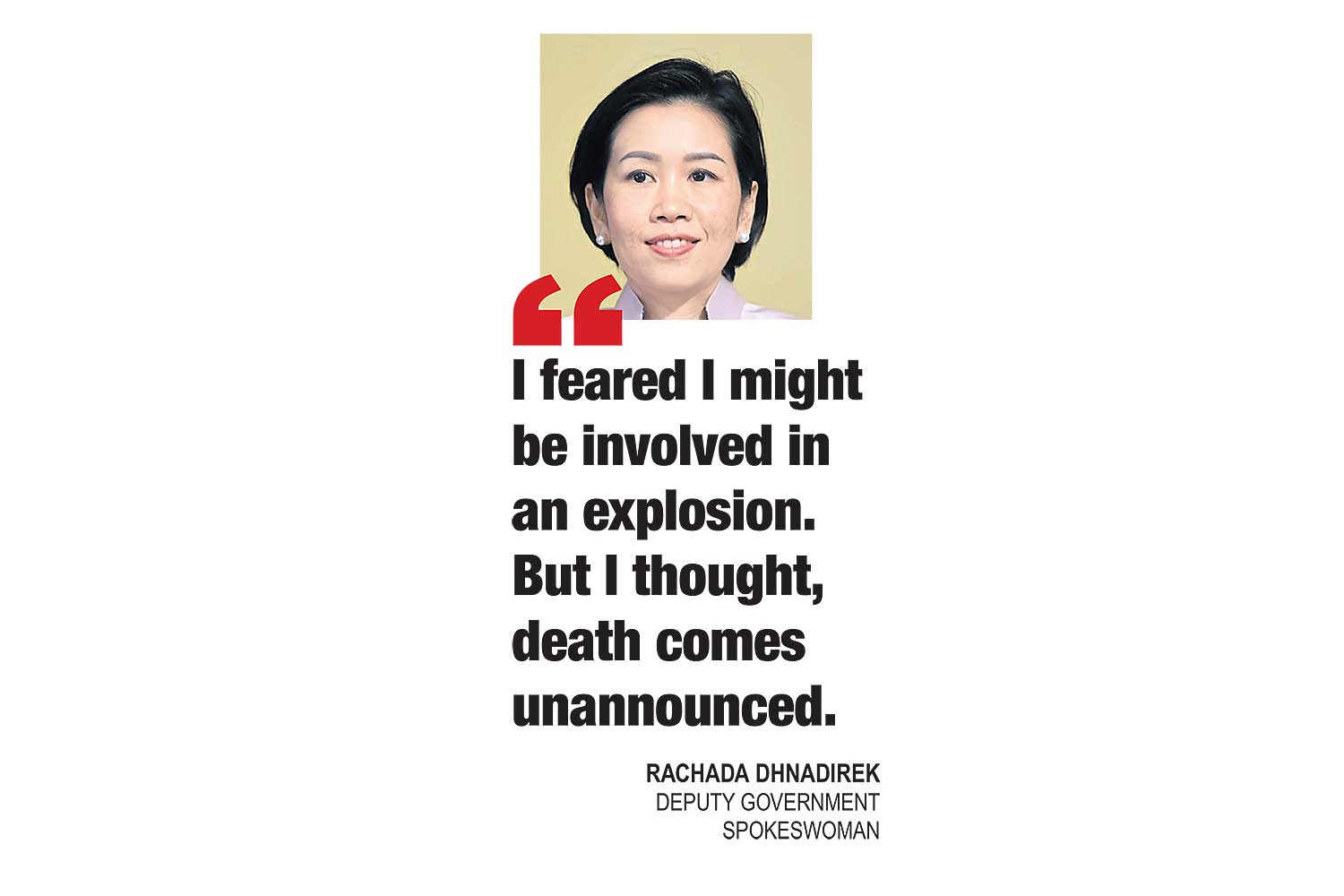 The security strife aside, the far South is a pleasant place to live. It's beautiful geographically and blessed with natural resources. The people are lovely. The region has diverse cultures. It's something we don't often see in other regions.

At the same time, the people were sad and anxious about the unrest. The region is welcoming and yet people elsewhere are afraid to visit or do business there.

What did you come across during your trip?

I feared I might be involved in an explosion. But I thought to myself, death comes unannounced. Anyone could die even when we are at home. If the positive side of the region were presented, it could make a difference to the locals' quality of life and help curb the violence.

Were you suspicious of anyone you met down there, or vice versa?

No. The people I met were glad we visited them. After that first trip, I went back to the region many times.

The local people are keen to tell visitors about their cultural identity. It's a feeling of reciprocal warmth.

Have you gone back there on a mission as an MP?

I returned as a member of the House committee on foreign affairs touring the border areas. But I didn't visit often as an MP. When I did, I sat down and talked with civic society representatives about women's issues, domestic violence and gender inequality.

What is your area of responsibility as the government's special representa- tive?

I coordinate with stakeholders and mobilise participation from all sides in tackling problems in the South, initially with an emphasis on women's and youth issues. After we meet local communities, we will widen our working networks and have more issues to deal with.

Who is on the team?

A government representative is needed to hear the people's problems rather than the government taking a defensive stance and waiting for people to call them.

What has the team started doing in promoting women's roles in the far South?

We've convened two meetings. Since last month, we've covered the ground in three visits during which we met academics, civil society members and local leaders. We've also done literature reviews and read some research and interviewed people. We found the same unrest-related problems remained, although they showed signs of easing.

The focus is to have the constructive participation of women in local problems and help them access the justice process.

Can you elaborate on that last one?

What needs to be achieved is gender equality, eradication of preferential treatment and giving women access to the justice process. These are the key obligations under the Convention on the Elimination of All Forms of Discrimination against Women (CEDAW).

The Southern Border Provinces Administration Centre (SBPAC) has outlined a clear strategy to strengthen women's roles and empower them when dealing with local problems.

The strategy, to be implemented in the next five years, will be considered by the cabinet and calls will be made for women's roles to be given first priority.

What we can do straight away is set the number of women who will sit in working groups and committees appointed by the government.

They include the committee on amending the law related to divorce and inheritance. The changes conform to Islamic legal principles. The women will also play a part in managing local affairs under Islamic law.

More women are being pushed to take part in policy and decision-making processes.

What kind of obstacles you have encountered?

Religion and local culture are factors. But when you look at it, Islam does not prohibit women from having a role in, for example, the panels running local mosques under the provincial Islamic committee.

It's a case of the social environment and perception, which led people to regard women as unfit for certain positions. As a result, they were placed in supporting or secretariat roles.

Rarely have women reached the point where they can participate in making high-level decisions.

Because of that, measures that were approved locally were not addressing problems that women face, such as domestic violence or gender-biased treatment.