National park officials find the three monks lost in Mae Wong National Park in Nakhon Sawan. Two other monks in their group had found their way to safety and sent rescuers to find them. (Photo: Chalit Phumruang)

NAKHON SAWAN: Five monks who were on a forest pilgrimage lost their way in Mae Wong National Park, reduced to living on wild bananas and plants for about two weeks before being rescued

Two eventually made their way out of the forest and contacted rescuers, who brought the other three back to safety on Wednesday night.

They had walked along forest paths in Tak province and Mae Wong National Park and then  realised they were lost.

They wandered in the forest for 15 days, eating only wild bananas and plants picked along a stream. They decided that two of them should leave the group and try to find someone to help them, while the remaining three stayed in the forest.

Teams from two forest fire control stations in Nakhon Sawan and rescue volunteers went into Mae Wong National Pak on Tuesday morning to search for the other three monks.

They found them in Mae Wong district, 30-40 kilometres from the nearest community.

All five monks were taken to hospital for a medical checkup. They showed no illness, just signs of exhaustion due to having eaten little food for many days. 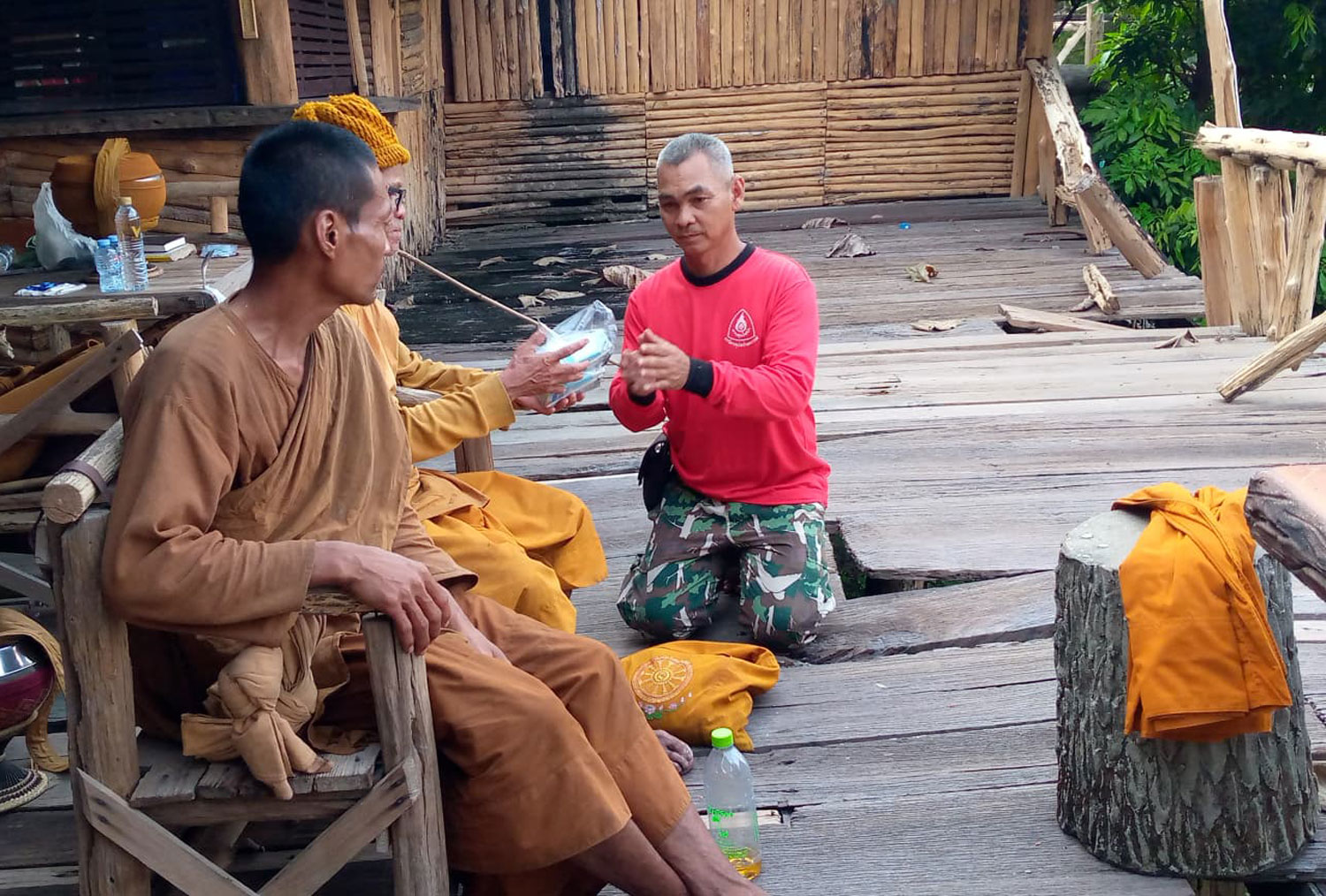 An official gives food to the monks who were lost in a forest in Nakhon Sawan for 15 days. (Photo: Chalit Phumruang)