The gangsters are accused of charging exorbitant interest rates and physical intimidation and seizure of property from people unable to make the high payments on time.

Those gangs used legal loopholes to trap people who could not get access to state financial assistance into using lending services charging excessive interest rates.

Business cards offering money lending services and giving phone contact numbers were distributed in communities. When people called these numbers, they would be told the interest rate was just 2%. Borrowers were required to sign loan contracts, and soon learned the interest rate was 2% per day, or 60% per month, which was far in excess of the legal rate, Pol Lt Gen Surachate said.

“Police have already arrested the three major loan operators. Tax and asset confiscation measures will be taken against them," he said.

Police would coordinate with the Revenue Department and Anti-Money Laundering Office in implementing asset confiscation and tax measures,’’ he said.

He warned loan sharks who get their employees to distribute cards and leaflets advertising their services to cease their activities. Police would investigate all names and numbers and bring those behind the usury to task.

In the Central Plains region, some illegal money lenders used the Line chat application to send messages to people, Cybercrime suppression police and other agencies would track and arrest these operators, he said

Uthai Saensila, 64, told them her husband was a police officer who died in 2011. She rented a house for herself and her 29-year-old son, who had a mental illness. It cost her 1,000 baht a month for rent and another 1,000 baht for water and electricity.

She earned a living selling boiled sweet corn, and it cost her 700 baht to 1,000 baht a day just to buy basic ingredients.

She found she did not have enough money to feed her family, so she turned to money lending services, borrowing 5,000 baht from each of four lenders, a total of 20,000 baht. She had to pay them back 25,000 baht in total, with payments of 250 baht a day to each lender. The loans had to be paid off in 24 days.

“On Feb 16, a debt collector working for Bang Boss came to my house in the morning to get  the daily payment, but I did not have the money. The man threatened to physically assault me and said he would take my refrigerator for sale.

"It was scared. I filed a complaint at Muang police station as I didn’t want the debt collector to take my refrigerator,’’ she said. 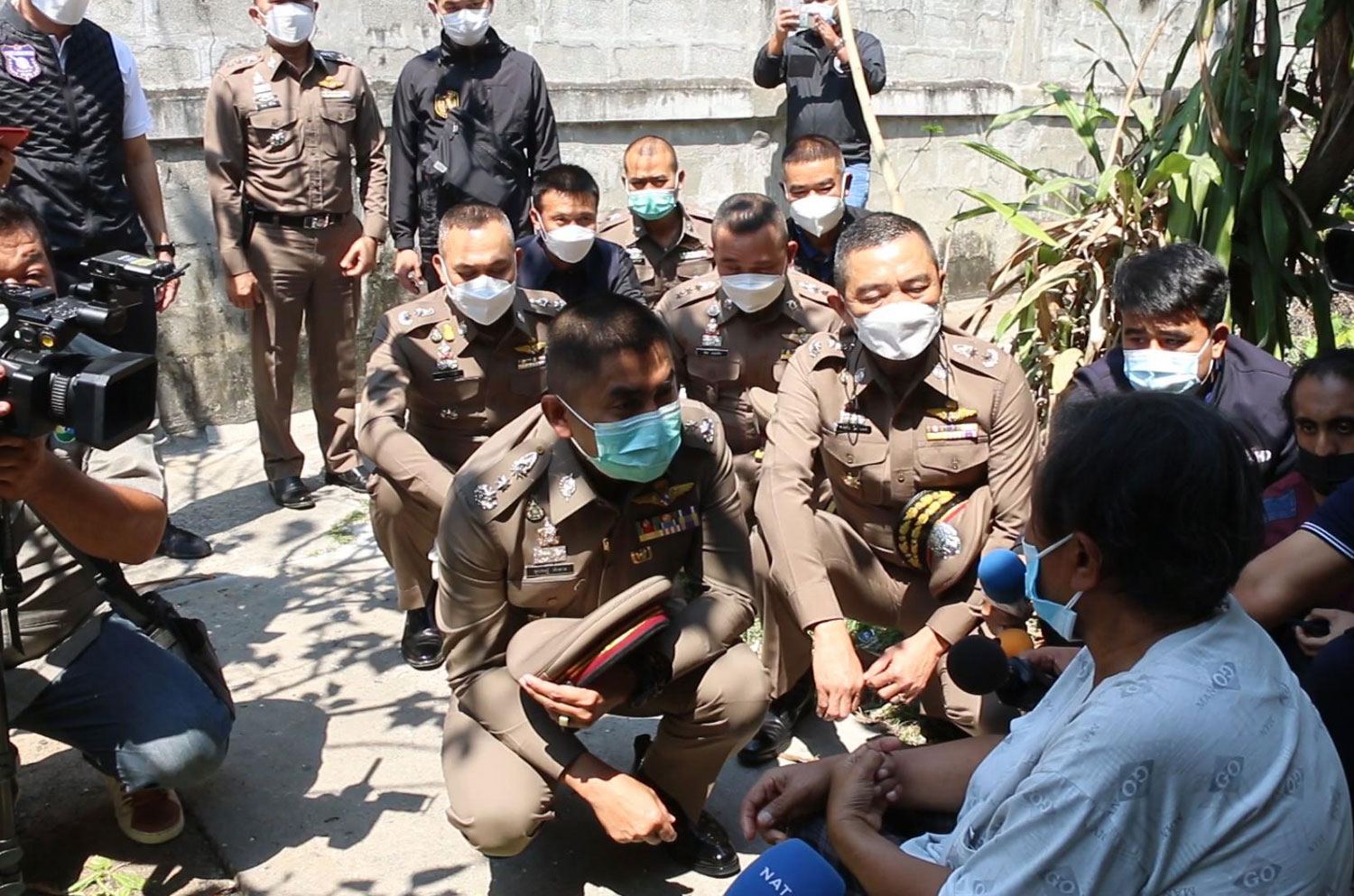