Driver Jetsadayuth Yarang, of Songkhla's Sadao district, second from right, is caught near the border in Sadao district in the early hours of Friday with eight illegal migrants from Myanmar heading for work in Malaysia. (Photo: Assawin Pakkawan)

SONGKHLA: A couple were caught with eight illegal migrants from Myanmar in their pickup near the Malaysian border in Sadao district in the early hours of Friday.

A team of police, soldiers and local officials stopped a pickup with Kamphaeng Phet licence plates for a search on a road close to the border in tambon Samnak Kham around 1am.

The team, led by Col Thanitphon Hongwilai, commander of a military task force, discovered eight men in the back of the vehicle. All were from Myanmar  and had no legal travel documents.

Driver was Jetsadayuth Yarang, of Sadao district, who was with his wife Saleefa Manrator, of Songkhla's Saba Yoi district. They hugged each other and burst into tears on being caught. Ms Saleefa is seven-months pregnant, police said. (continues below) 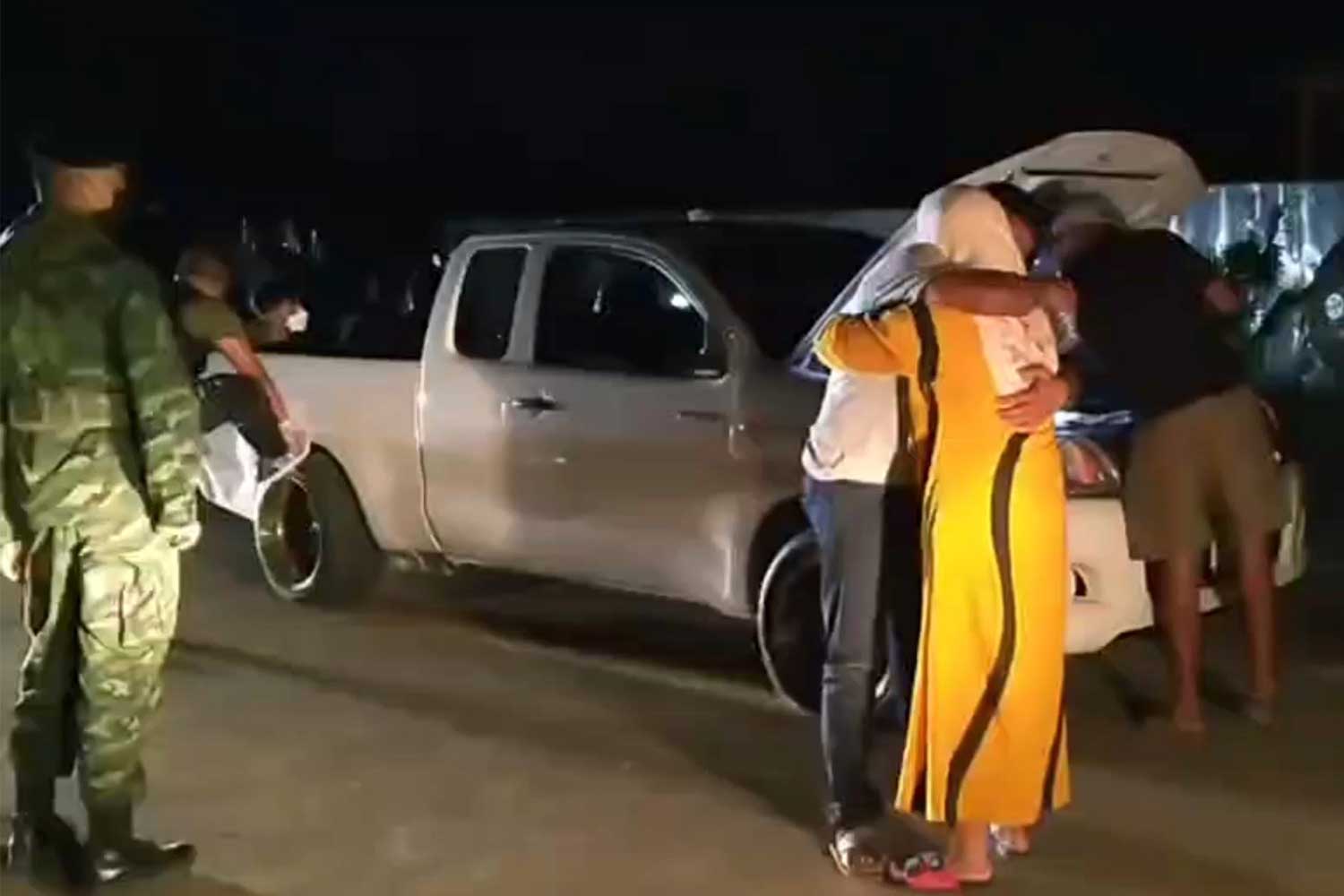 The couple hug each other after they have been caught with a load of illegal migrants from Myanmar. (Photo: Assawin Pakkawan)

The arresting team found two methamphetamine pills and 8.5 grammes of crystal meth in Mr Jetsadayut’s possession. He initially denied the drugs belonged to him. He said they belonged to a man identified only as Bao, who hired him to pick up his passengers behind a temple in Hat Yai district and take them to the Malaysian border.

During questioning, the eight migrants, speaking through an interpreter, told officers they were heading for jobs arranged for them in Malaysia by Myanmar brokers. They were to pay brokerage fees on arriving in Malaysia. However, they did not know how much they would be charged.

They had crossed into Thailand via a natural border crossing in Kanchanaburi on Feb 19 and travelled in a pickup truck to Hat Yai district on Feb 20. They stayed there at a rented house there for many days.

On Thursday night, the Thai couple came to pick them and take them to the border.

Officials said that so far this year 94 illegal migrants from Myanmar, all heading for work in Malaysia, had been caught in Sadao, Hat Yai and Bang Klam districts. 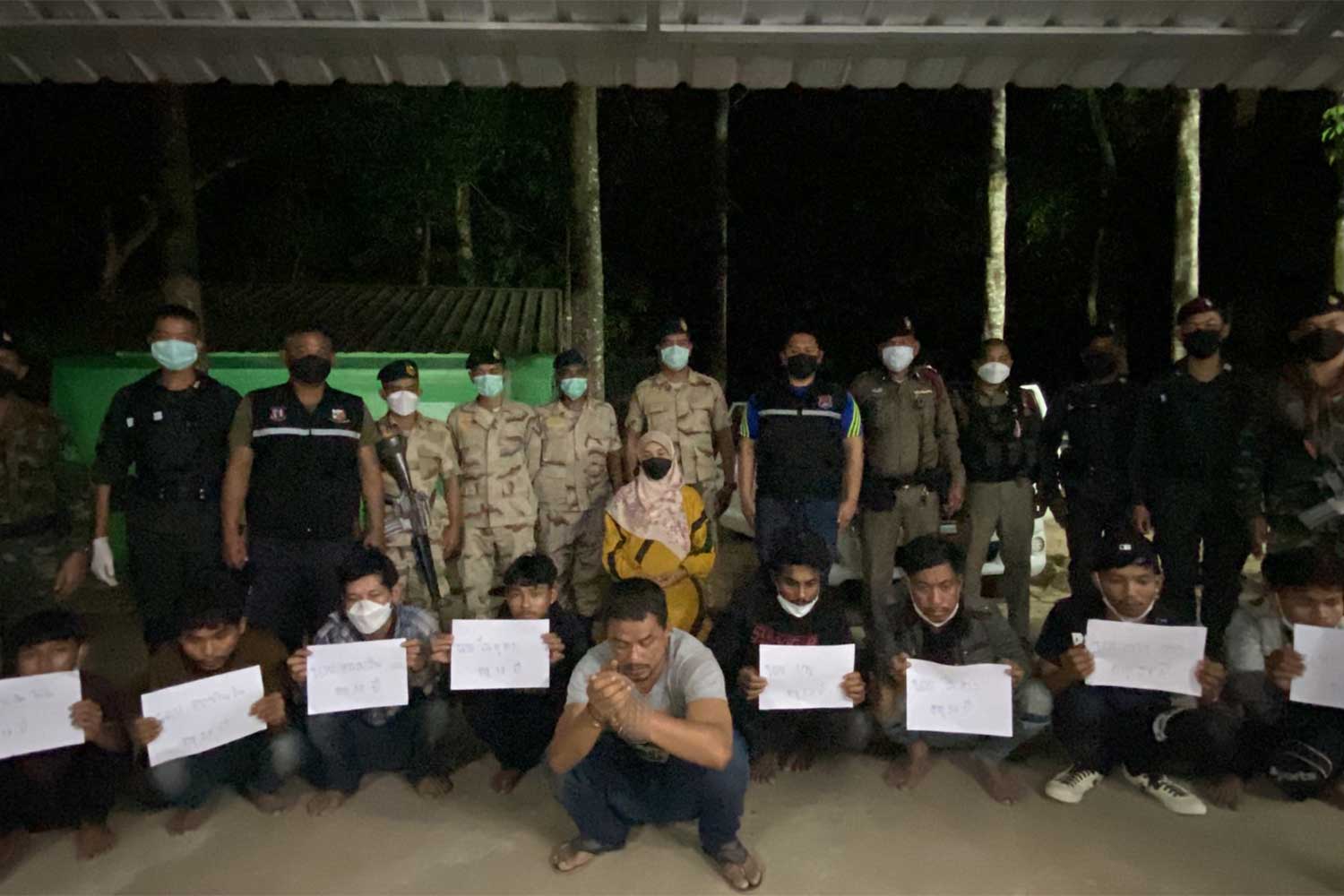 The arrested couple and their illegal passengers. (Photo: Assawin Pakkawan)