Drug suppression police arrest and handcuff a Myanmar man in a Samut Prakan street on Friday. Heroin was found inside his car. Three other suspects in the car were also arrested. (Photo supplied)

Police hauled four Myanmar nationals from a sedan they stopped on a street in Samut Prakan and seized 100 bars of heroin found in the car on Friday.

Earlier on Friday, in Nakhon Ratchasima, three Thai men were caught with 270 kilogrammes of marijuana.

The arrest followed a tip about a drug delivery from Laos to the Central Plains area. (continues below) 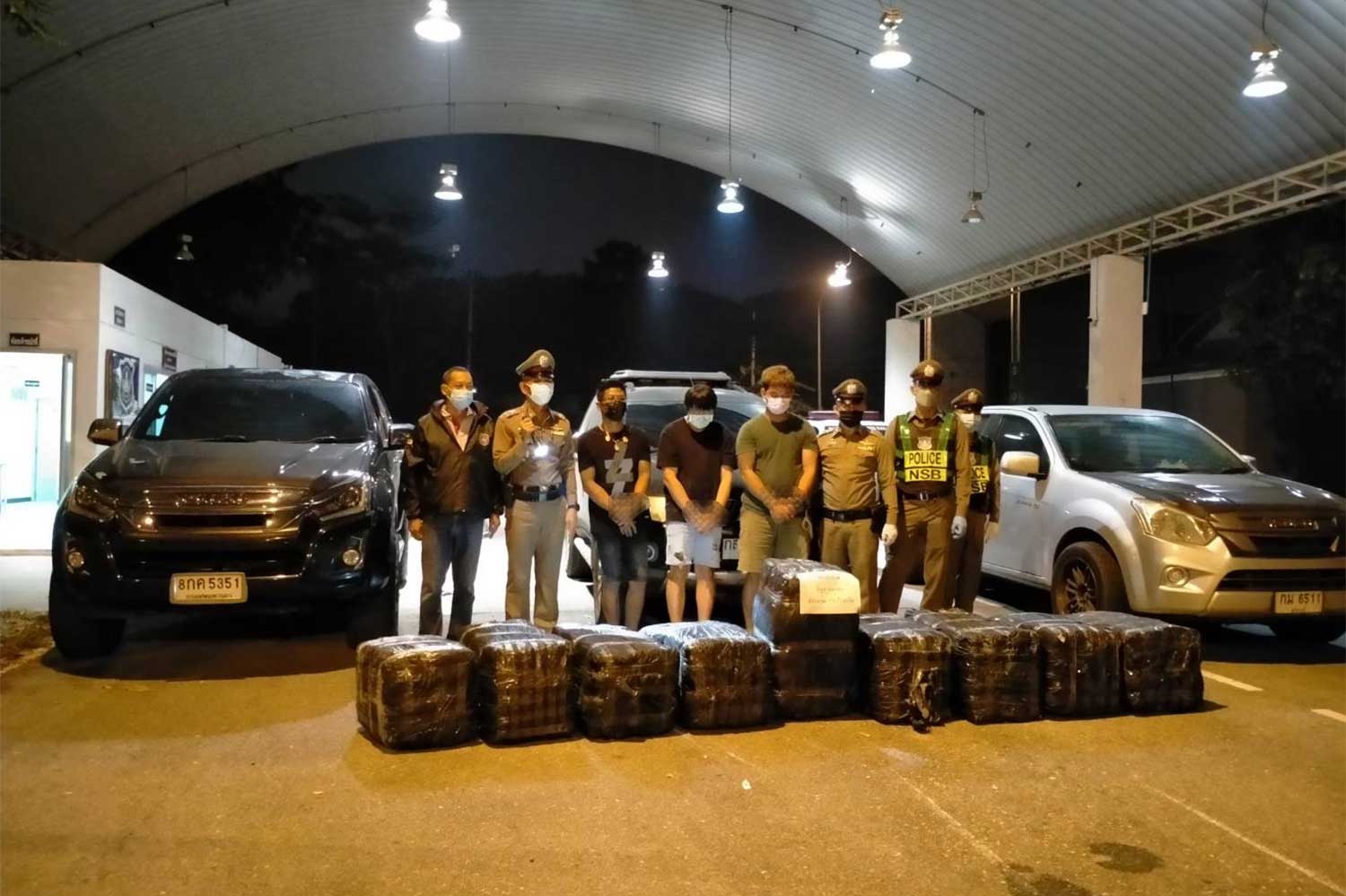 They were pulled from their car after it was stopped in the middle of Soi Sukhumvit 109 in tambon Samrong Nua of Muang district.

Police said 100 bars of heroin, weighing 37.5 kilogrammes in total, were found in the vehicle.

During questioning, the four allegedly told police they had been in Thailand for 4 or 5 years. They had recently been contacted by a man in Myanmar and asked to smuggle heroin for sale in areas near Bangkok.

The suspects were held in NSB custody for legal action. Investigators were extending the investigation. 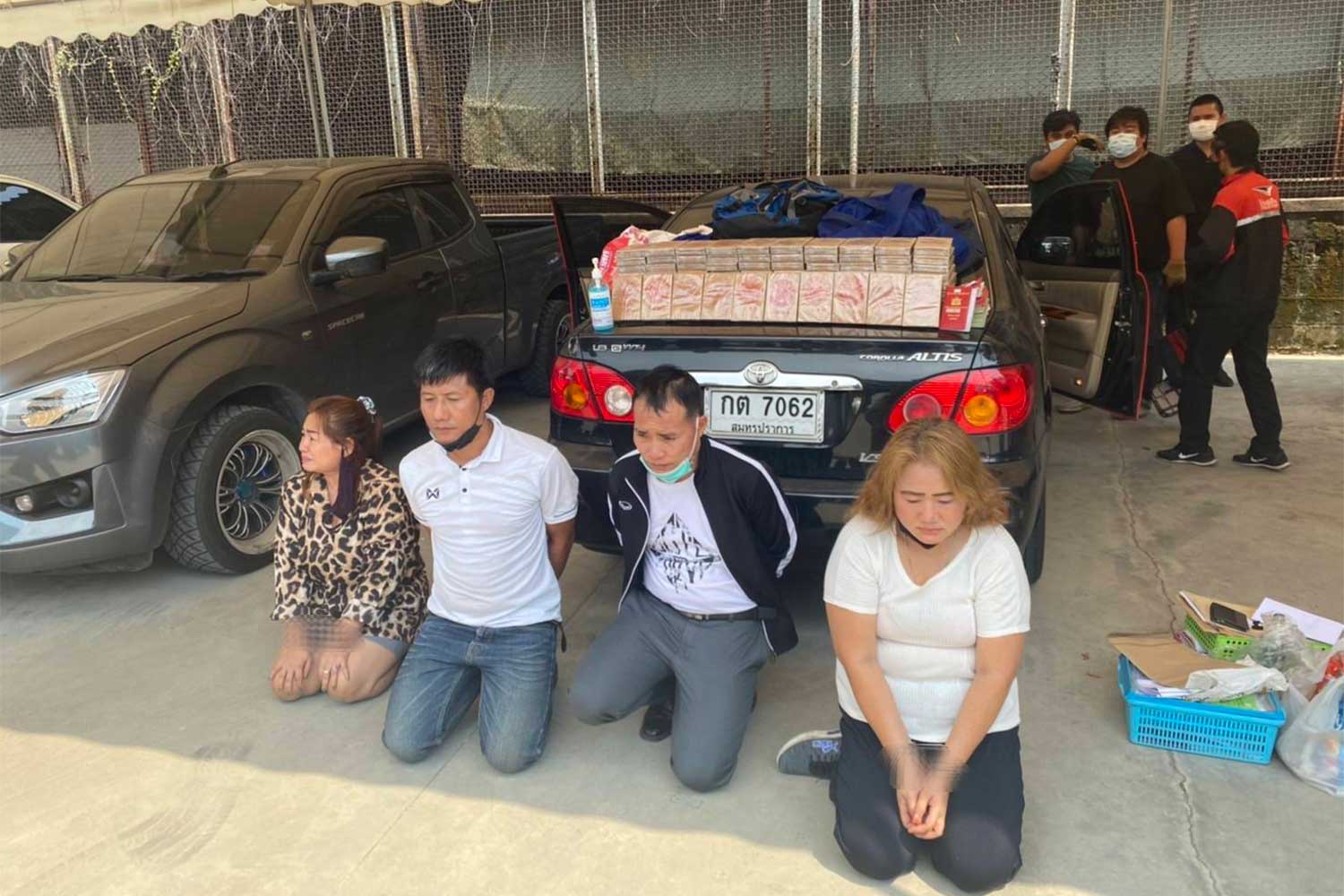 Four Myanmar suspects, two women and two men, after they were caught with 37.5 kilogrammes of heroin in their car in Samut Prakan. (Photo supplied)