Thai citizens evacuated from Ukraine are greeted by officials at Suvarnabhumi airport on Saturday. All were given RT-PCR tests on arrival. (Photos: Ministry of Foreign Affairs)

SAMUT PRAKAN: A Thai woman arriving home from war-ravaged Ukraine described how a tank cut in front of the bus carrying her away from Kyiv, while artillery fire whizzed above her head.

Pornpat Leksungnern was one of 61 Thai evacuees who arrived at Suvarnabhumi airport on Saturday. The first group of 16 flew from Bucharest, Romania, to Zurich, Switzerland before boarding a flight to Thailand. They landed at Suvarnabhumi at 6.50am on Thai Airways International flight TG 971.

The second group of 45 arrived at Suvarnabhumi at 12.05pm via Emirates flight EK 384 from Warsaw, said Chatchai Viriyavejakul, director-general of the Department of Consular Affairs at the Ministry of Foreign Affairs.

All were given RT-PCR tests upon arrival as part of Covid-19 prevention protocols. They then boarded buses to the Bamrasnaradura Infectious Disease Institute in Nonthaburi for a one-day quarantine pending test results. 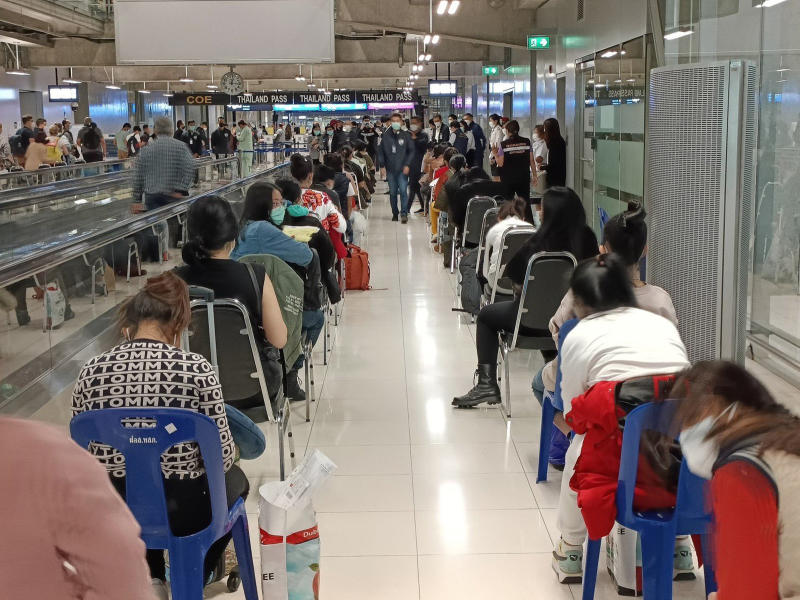 Ms Pornpat, who worked at a spa in Kyiv, Ukraine, descried to reporters her experience after the Russian invasion started around midnight of Feb 23.

She said she and her colleagues had already asked the Thai embassy in Warsaw to help evacuate them, but the attacks came sooner than expected.

“I was planning to work that day, but when I woke up, the area had descended into chaos. There were sounds of explosions and I was terrified,” said the Nakhon Ratchasima native.

Her employer later advised her to leave Kyiv and return to Thailand due to the escalating danger. A bus picked her up from a shelter and dropped her off the airport. It was a 15-hour ride.

“Throughout the ride, I saw violent clashes. A tank cut in front of the bus and large cannon shots flew over my head,” Ms Pornpat said.

The Thai embassies in Bucharest and Warsaw have been assisting the 256 Thais who sought to leave Ukraine, and 203 had arrived home so far, Mr Chatchai said. 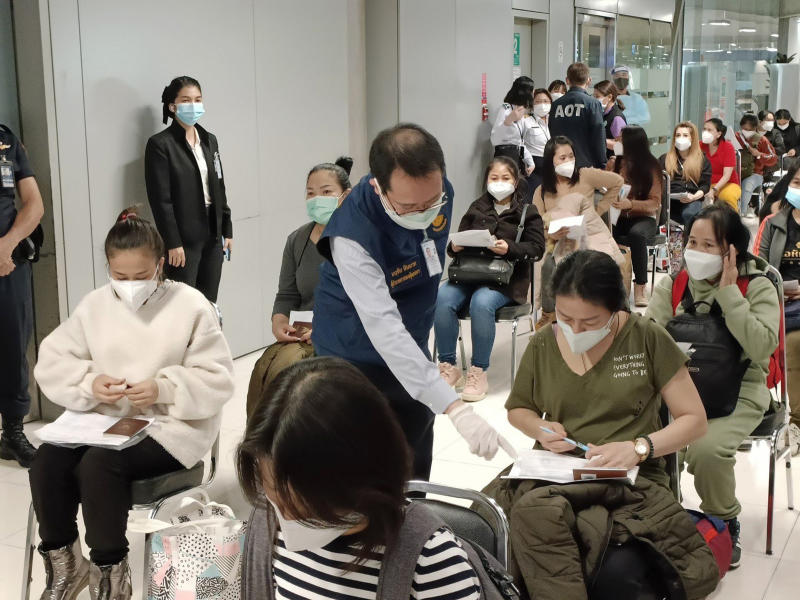