The green bridge linking the Lumpini and Benjakitti parks is a popular place for people to take photos. (Photo: Nutthawat Wicheanbut)

A revamped walkway linking two popular public parks in Bangkok will be completed for pedestrians and cyclists in September.

The Bangkok Metropolitan Administration said on Sunday the renovation of the so-called green bridge connecting the Lumpini and Benjakitti parks will begin this month and be ready for residents in September.

The walkway was built in 1999 to connect the two parks with access for bicycles on the 1.6 kilometre long route.

The facelift will include an elevated park, better bike and running lanes, and areas dedicated for other activities including a rest area to make it a new landmark for the capital, it added.

City Hall said earlier that it had earmarked 260 million baht for the project. 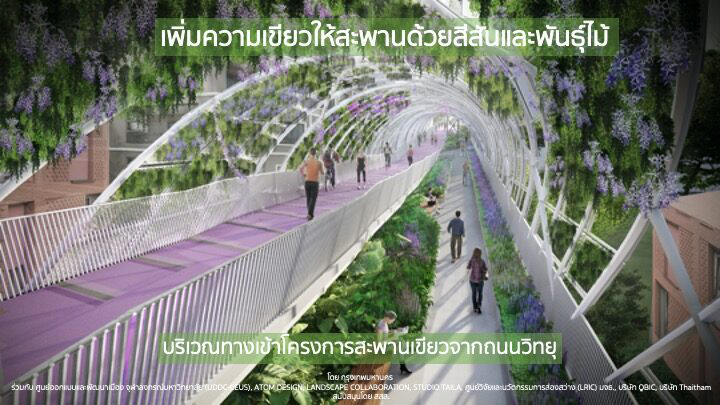