A car used by suspects in a shooting with police in Phatthalung is found abandoned at an oil palm plantation in Ratthaphum district of Songkhla on Thursday.

One of four men wanted after a shootout in Phatthalung in which a policeman and an alleged drug dealer were killed has been arrested in Songkhla.

A second policeman was wounded in the clash on Wednesday.

Pongsakorn Suwanmano, 22, was arrested in Ratthaphum district of Songkhla as officers from the Central Investigation Bureau (CIB) and Police Region 9 raided several premises on Friday morning.

The shootout occurred at the Khao Chaison intersection in tambon Khok Muang of Khao Chaison district of Phatthalung, on Wednesday as officers closed in on a car they had been pursuing to arrest alleged hitman Jamras Rakchan, alias Chui Khaochan.

A man inside the car opened fire at them with an M16 rifle, police said.

According to police, a total of four cars were involved in the incident but details were unclear.

A man in one of cars was also shot dead. He was identified later as Watchara Ratanasuwan, 47, who police said was involved in the drug trade.

One of the cars was found abandoned on Thursday at an oil palm plantation in Ratthaphum district of Songkhla, which is immediately south of Phatthalung.

National police chief Pol Gen Suwat Jangyodsuk flew to Songkhla on Friday to get a full briefing on the case.

According to police, Mr Pongsakorn confirmed that the man who opened fire at them was Mr Jamras.

More arrest warrants would be issued if the investigation implicated other people, he said.

He said police had seized four cars, four weapons and ammunition in connection with the case so far. 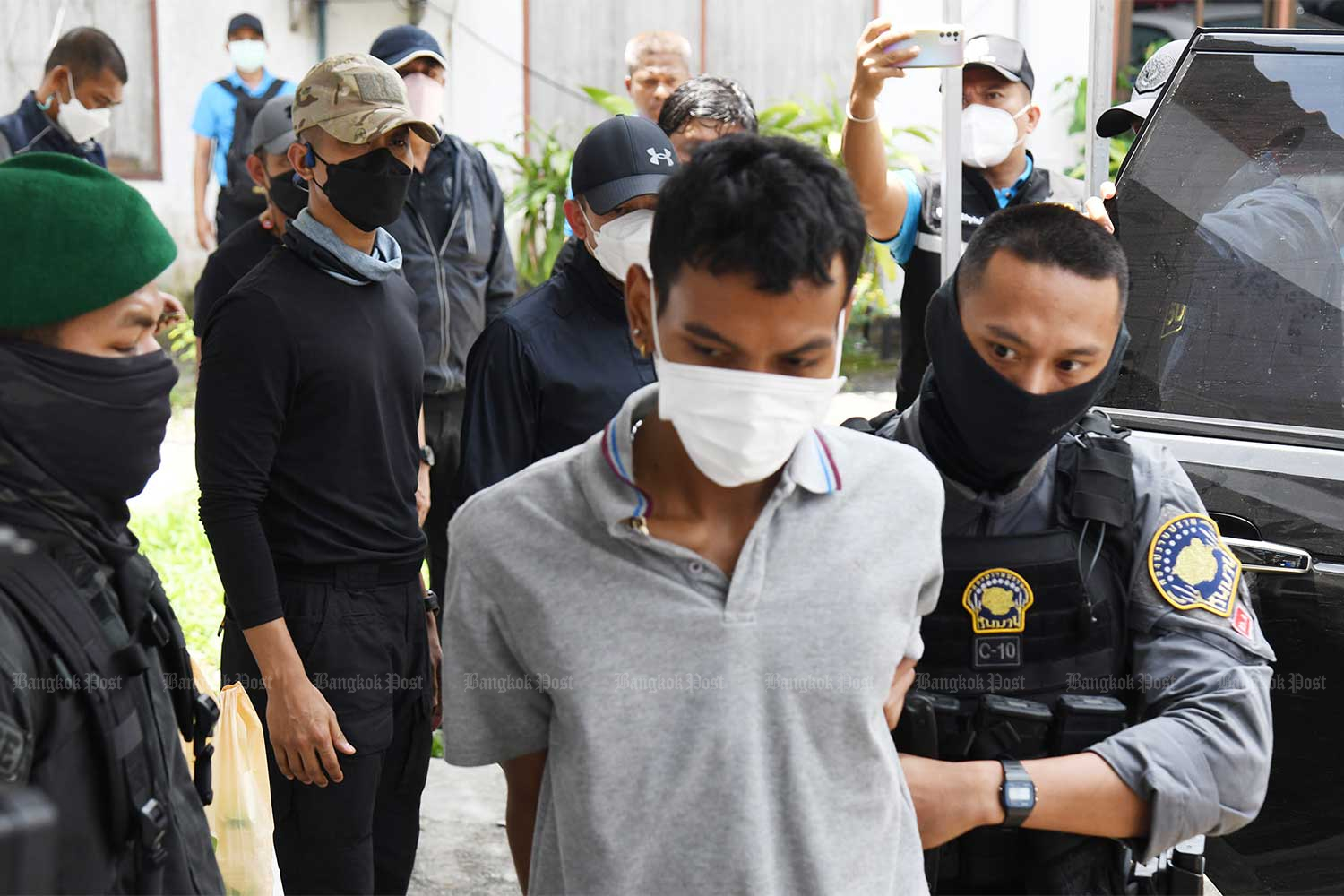 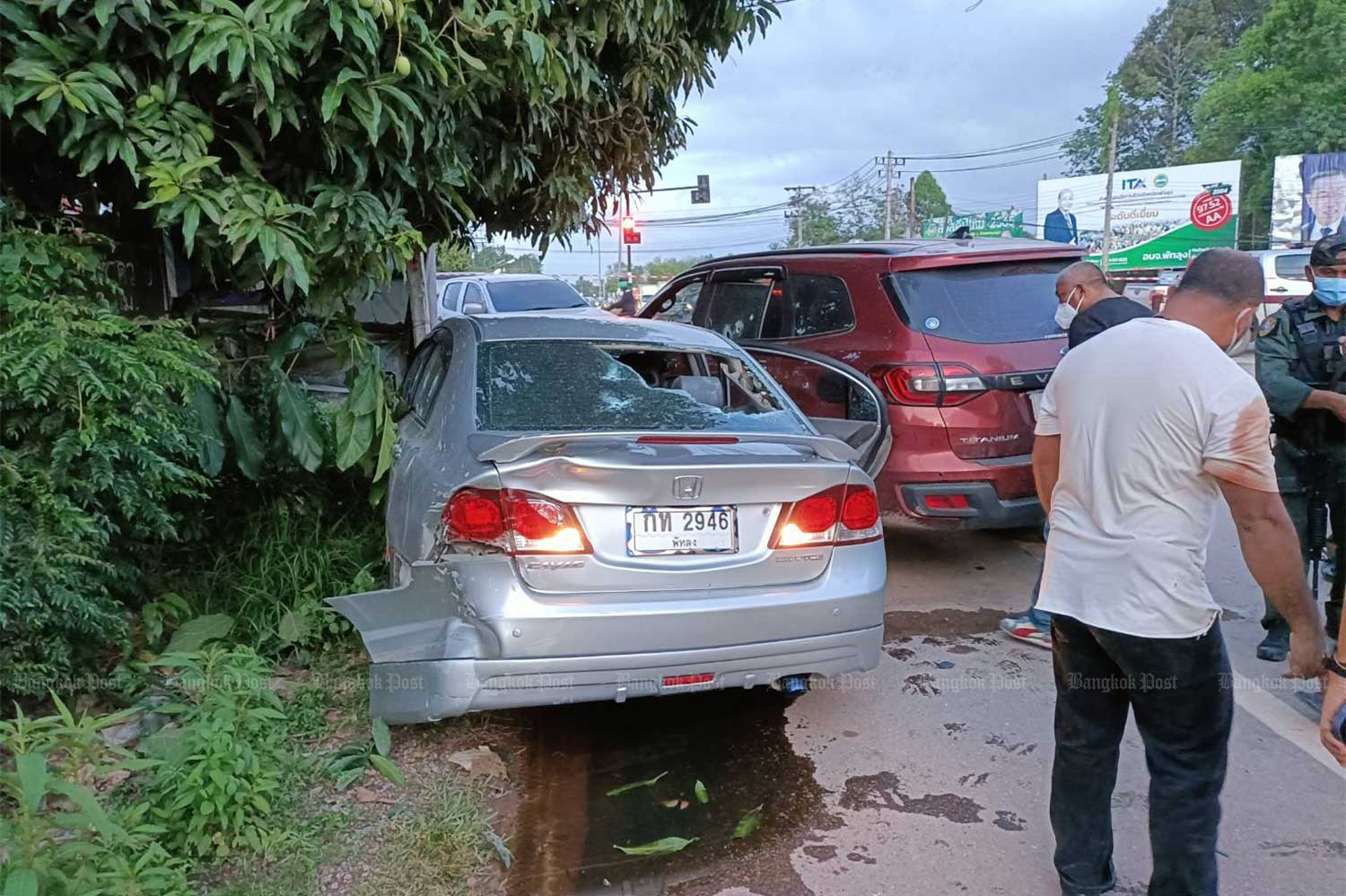 Officers examine a car in which an alleged drug dealer was shot dead in Phatthalung on Wednesday. It was one of four vehicles involved in an incident in which a police officer was also slain. (Photo supplied: Wassayos Ngamkham)