A member of a rescue team on Thursday continues to search for three missing sisters in Kwai Noi River in Sai Yok district of Kanchanaburi. (Photo: Pitakkarn Foundation)

KANCHANABURI: Three Mon sisters went missing in the Kwai Noi River in Sai Yok district after they and a neighbour tried to help their youngest sister, 7, who was drowning in the strong current on Wednesday evening. The youngest sister and the neighbour were pulled to shore.

Divers and rescue workers began searching for the missing sisters on Wednesday evening. As of noon on Thursday, no trace of them was found.

Yuenyong Pannarong, kamnan of tambon Sai Yok, said on Thursday the missing people were twin sisters Jamphee and Jampha, aged 18, and Nan, 15. All were siblings.

According to the tambon chief, seven people went swimming in the Kwai Noi River at Dao Dueng village before the incident - four sisters and three other family members. All were ethnic Mon livng in Kaeng Jor village in tambon Sai Yok.

While playing in the water, the youngest sister began to drown. The three siblings rushed in to help, but the current was strong and the river level high because the Vachiralongkorn Dam was releasing water at the time.

While the three girls were trying to help their youngest sister, a neighbour identified as Ms Ya was carrying her daughter along the riverbank. She put down her daughter and jumped into the river to help. She was soon joined by her husband. He managed to pull his wife and the seven-year-old to shore, but the three sisters were swept away.

Ms Ya went unconscious and was sent to a nearby hospital before being transferred to Paholpolpayuhasena Hospital.

At press time, the three siblings were not yet found. 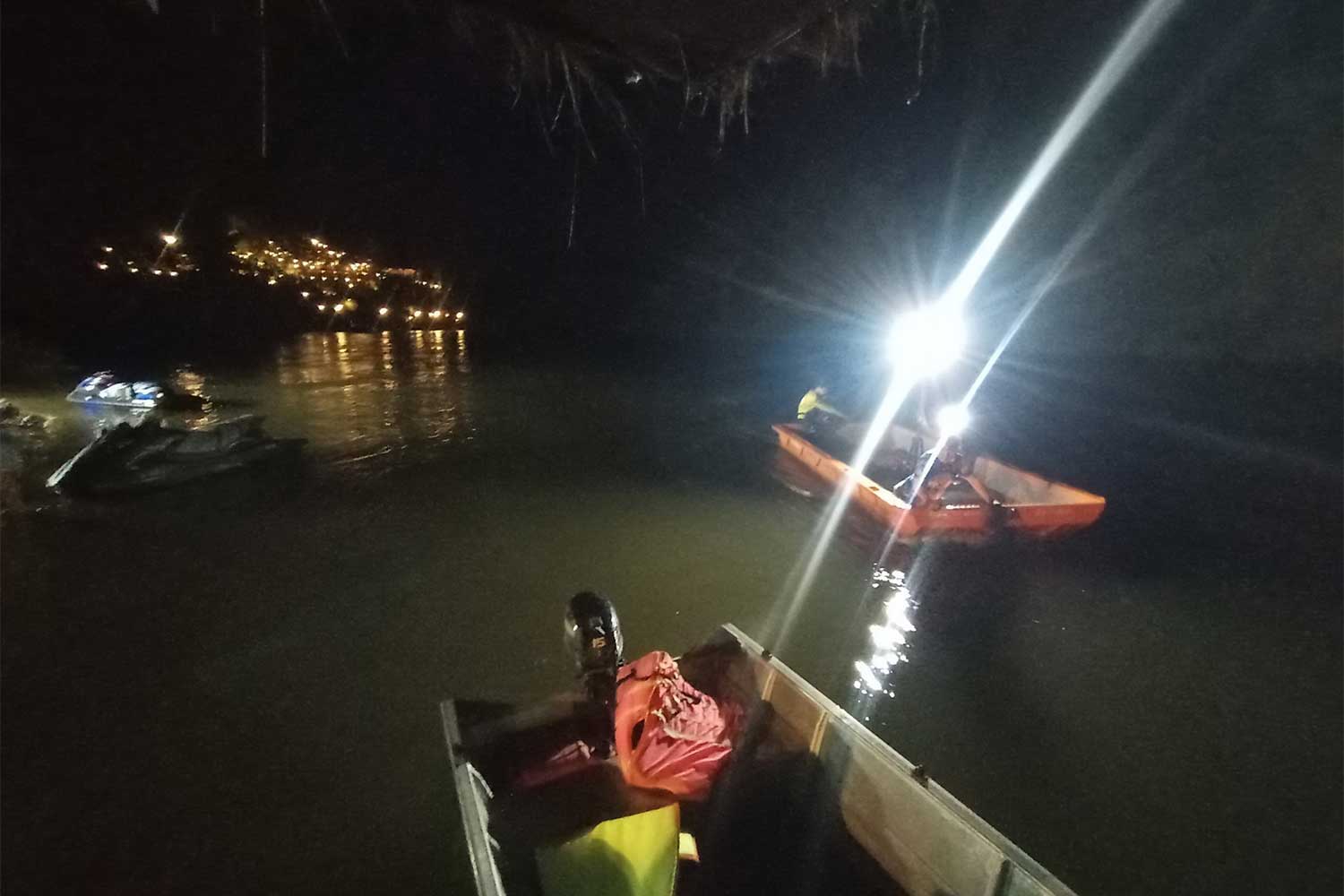 Rescuers search for the three missing sisters in the Kwai Noi River in Kanchanaburi on Wednesday night. (Photo: Pitakkarn Foundation)