Panumas Sroitong (right) could not hold back tears after she and her staff at Halo Shabu restaurant were able to offer a poor man a priceless gift for his daughter's birthday on Saturday. (Photo from Panumas B. Sroitong Facebook account)

Scores of netizens have sent messages of appreciation to a restaurant owner for the generous gift she gave to a man and his daughter.

Hearts and thumbs-up symbols were flooding the Facebook page of Halo Shabu restaurant after owner Panumas Sroitong gave the girl a birthday gift she will never forget.

"I wish good things would return to this restaurant," said a post from Ntp Changpauk.

"I appreciate this. Hope for good business for you," wrote another account named Ann Kansinee.

The father took his daughter to the  restaurant in Wang Chan district of Rayong around 1pm on Saturday because she wanted to have shabu-shabu, the Japanese hotpot dish, for her birthday.

A waitress serving their table heard the father telling his daughter to eat alone alone because he did not enough money to cover both of them. He told the girl he would be waiting for her outside while she enjoyed the Japanese food.

But the daughter refused to have the meal unless they ate together.

The waitress told Ms Panumas what she had overheard, and as the two stood up to walk out of the restaurant, she stopped them and entreated them to enjoy the meal for free.

When the owner found out that the meal was a birthday celebration for the daughter, she asked her staff to buy the girl a birthday cake from a convenience store nearby.

"I saw how much he loved his daughter, " Ms Panumas told several media outlets. 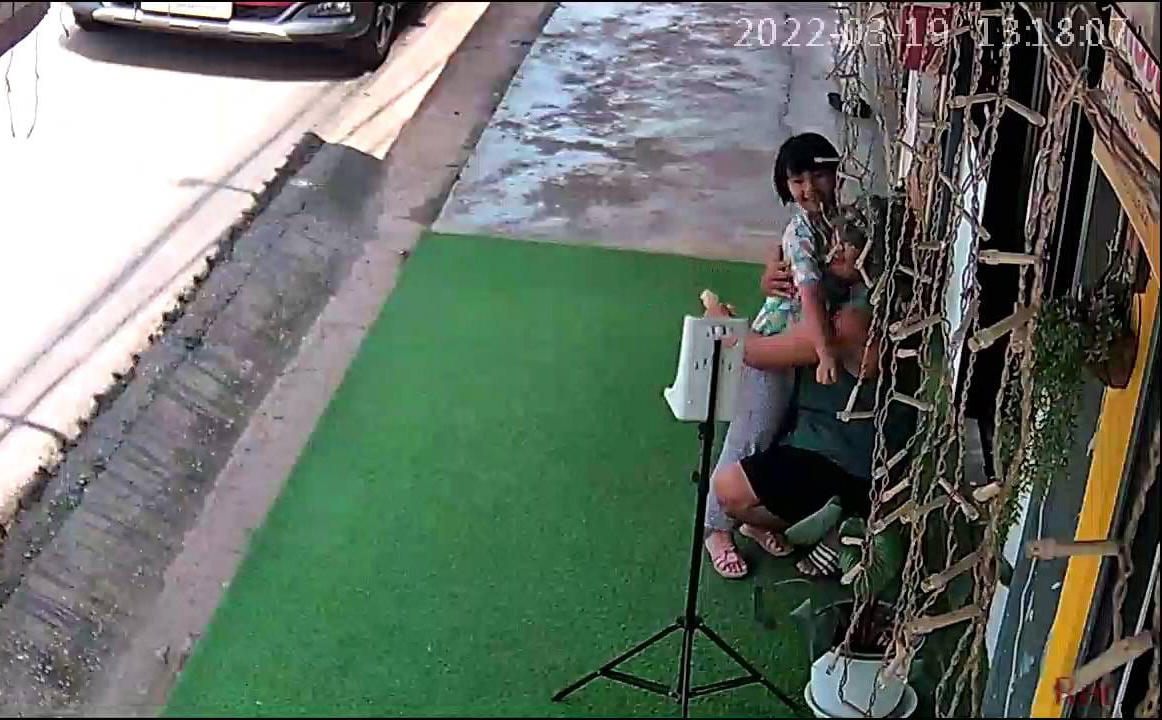 The man embraces her little girl outside the restaurant after her birthday meal. (Photo from Panumsa B. Sroitong Facebook account)

A video clip of the heartwarming event showed Ms Panumas and her staff in tears while they watched the man tending his daughter on her special day.

"It would be even better if Bella's mother were with us today," Ms Panumas quoted the father as telling her, referring to his daughter by her nickname.

After the meal, the man and his daughter thanked all the staff. Once outside the restaurant, another clip showed the father embracing his daughter in his arms before the two walked away.

"She would be very happy. The love the father gave to her is beyond words. She got such a warm hug," wrote a person named Theerayuth Soda in the comments section of the owner's Facebook post.

The owner said in another Facebook post on Sunday that she knew the father's name and address but wanted to respect his privacy, since he did not want to be interviewed by the media or accept any financial assistance offered to him via the restaurant's Facebook account.

"On behalf of the father and his daughter, thank you for all your offers of help," she wrote.