BURI RAM: A fugitive forest ranger was found dead, hanged from a tree, in forest in Non Dindaeng district on Monday, ending a week-long manhunt for the alleged killer of his estranged wife's son.

The body of Phitphirun Phiraphop, 45, was found early on Monday in the La Loeng Roi Roo forest, not far from the government vehicle he had used in the attack on his former wife's house and family.

About 100 police, forestry and local officials had been deployed in the hunt for him.

Phitphirun was a senior forest protection ranger at Dong Yai Wildlife Sanctuary in the south of Buri Ram province.

On the night of March 13, he stole a shotgun and a vehicle from the sanctuary and went to the house of his estranged wife, Kalaya Anthaisong, 37, in tambon Hu Thamnop of Pakham district.

He allegedly broke into the house and opened fire wildly with the shotgun as the family fled in panic. Ms Kalaya, her youngest son, her new boyfriend and her mother were unhurt. Her eldest son by a previous marriage, Natthappong, 20, was shot in his neck and killed.

A month earlier, Ms Kalaya had ended her two-year relationship with Phitphirun.

Phitphurin fled after the attack into forest near the sanctuary where he worked.

He was wanted under a court arrest warrant for murder, illegal possession of a firearm in a public place, trespassing and the theft of the shotgun and the vehicle. 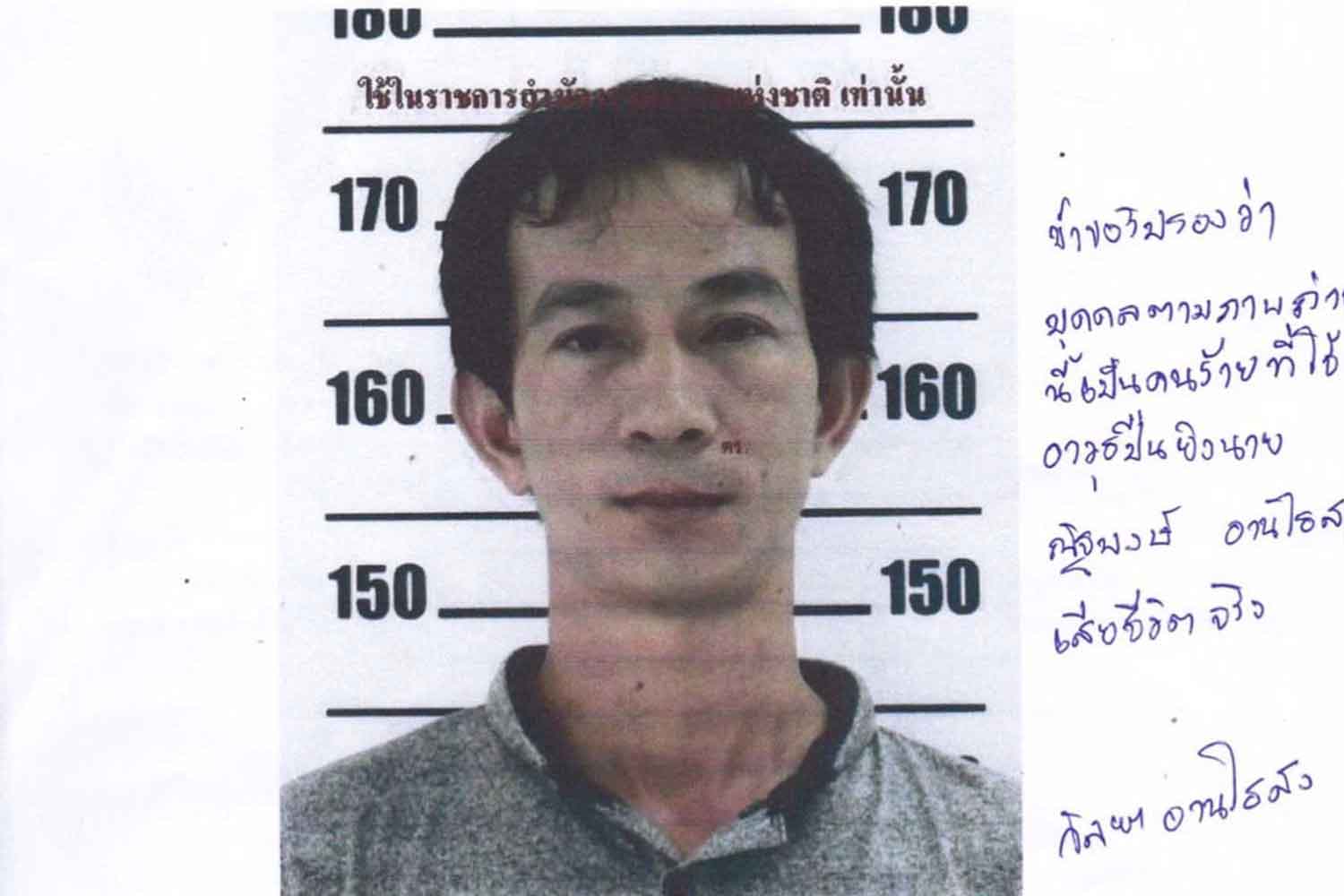