Suspect was issued gun permits after shootout with police

NAKHON SI THAMMARAT: An alleged drug trafficker also wanted for attempted murder after a shootout with police last year, and his girlfriend, have been arrested in Muang district of this southern province.

They were named on arrest warrants issued by the Phrae Provincial Court on March 10 and 13 this year for collusion in drug smuggling.

Police allege that Thanasak, alias Jong Singha Nakhon, was involved in the smuggling of 5.6 million methamphetamine pills and 20 kilogrammes of crystal meth from Chiang Rai border province to Phrae and other provinces.

He and his girlfriend had been hiding out in Nakhon Si Thammarat, according to police.

Mr Thanasak allegedly fired six shots at police to open the way for his escape. He abandoned the Toyota Camry car he arrived in and fled. An arrest warrant was issued for attempted murder and possession of weapons and drugs.

On March 12 this year, police stopped a pickup truck at a road checkpoint in Singha Nakhon district. Mr Thanasak was the driver.

Officers found two CMMG AR-derivative rifles inside the car. He produced registration documents for the weapons. The officers were stunned why a man allegedly involved in illicit drugs and who had fired gunshots at police was issued permits to possess firearms, according to media reports.

Checks found that Mr Thanasak had applied for the permits at the Singha Nakhon district office on Jan 13 and Feb 17 this year. District chief Panya JIndawong had approved the permits. Police had not detained him at the time.

Thai media reported that Mr Panya explained to local police that he had issued the gun permits to Mr Thanasak because he believed the man could be used as a spy to help a special task force set up by the district to suppress crime.

Mr Thanasak had washed his hands of drugs, according to the district chief. He later revoked the permits following public criticism of his decision.

It was not known why Mr Thanasak still remained free until his arrest on Tuesday night. 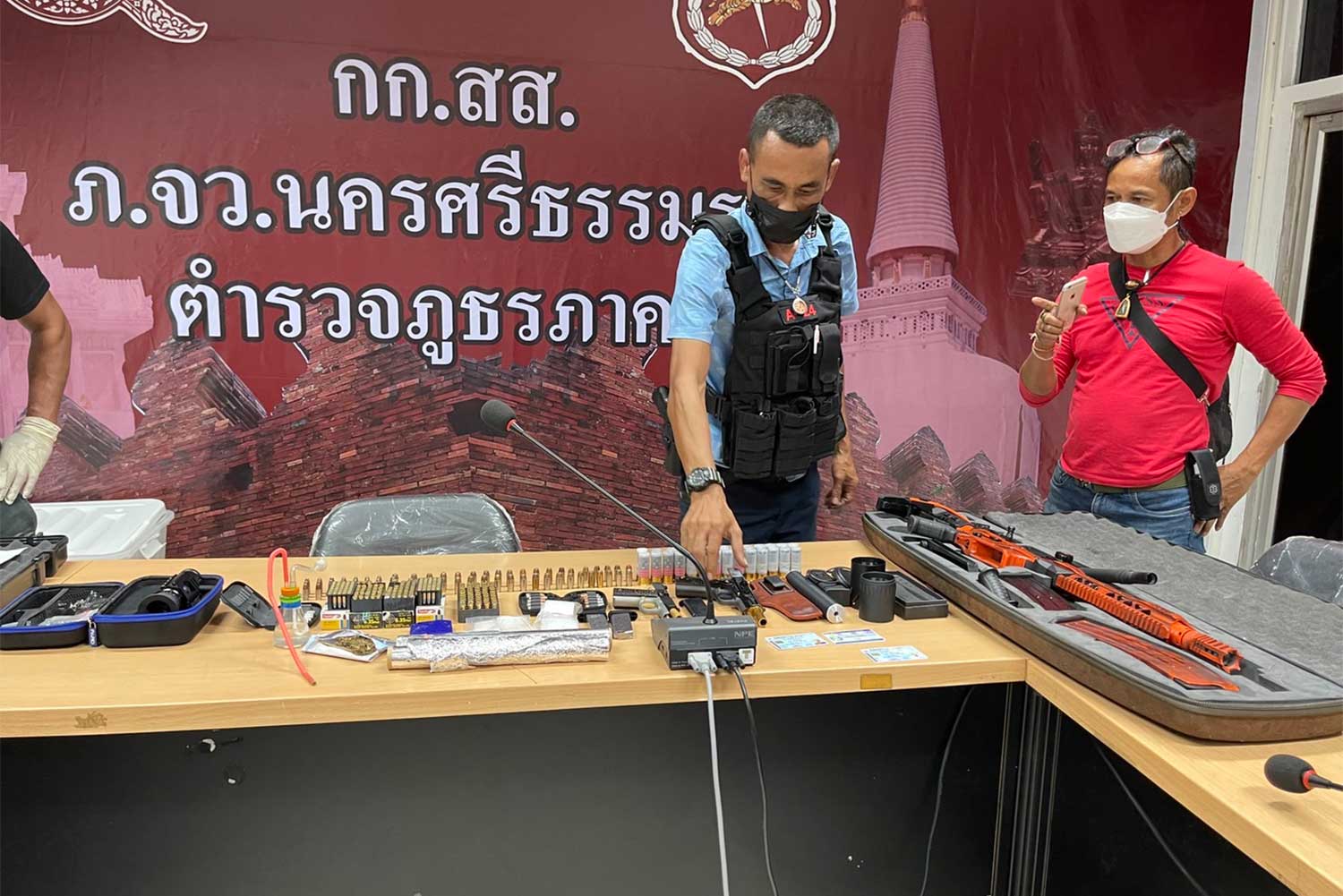