Ho Hoang Hung, 37, is helped off his inflatable boat about 80 kilometres off Phangnga province on Wednesday. (Navy photo)

PHANGNA: A Vietnamese man was rescued from an inflatable boat after he was found paddling alone towards India to see his wife, from whom he had been separated by Covid-19.

A representative from the Third Fleet said that Panya Permwongnitikorn, steersman of Tor Khrong Phet Rung Ruang fishing boat, reported at 11.50am on Wednesday that a man was seen paddling an inflatable boat about 14 kilometres off the Similan Islands and about 80 kilometres off Phangnga. There was a drinking water bottle and a suitcase on the rubber boat.

Sailors and marine park rangers travelled to the location and reached the fishing boat at 12.45pm. There they found Ho Hoang Hung, 37, on a rubber boat tied to the fishing vessel. The 2.5-metre-long boat contained a nearly-empty water bottle, about 10 packets of instant noodles and a suitcase.

The Vietnamese man told them he was paddling to India to meet his Indian wife in Mumbai. They were married two years ago, he said, but were parted by the Covid-19 epidemic.

The man said he arrived at Suvarnabhumi airport from Ho Chi Minh City on March 2. At the airport he planned to board another flight to India but was unable to obtain a visa.

Instead, he took a bus from Bangkok to Phuket and bought the inflatable boat. He launched it on March 5 with his sights set on paddling his way to India - about 2,000 kilometres away. Fishermen found him after he had spent 18 nights alone on the sea.

Officials brought him to the office of the Mu Ko Similan National Park in Phangnga to arrange for further assistance. 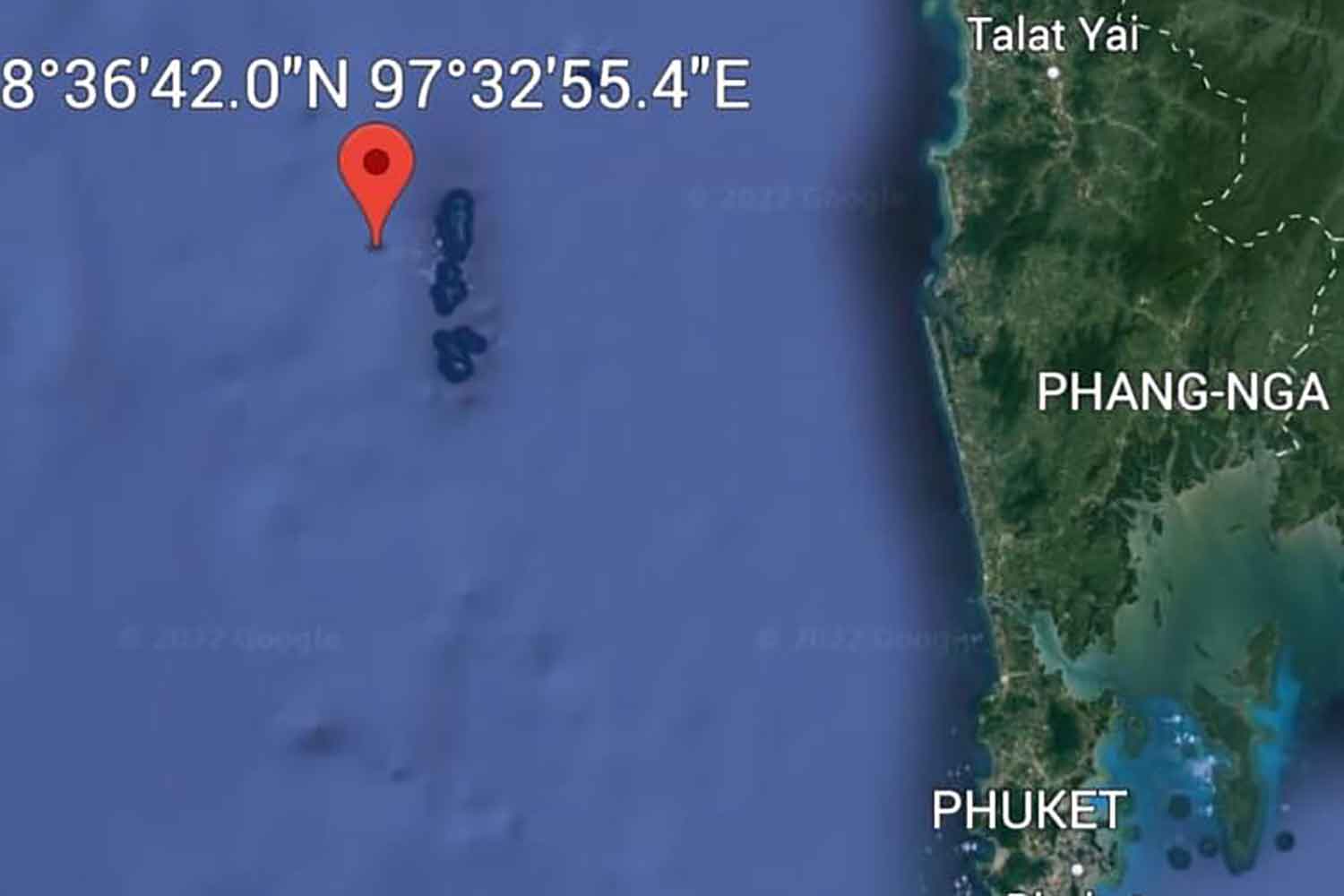 The red mark shows the location of the Vietnamese man when he was spotted at sea. (Navy-supplied map) 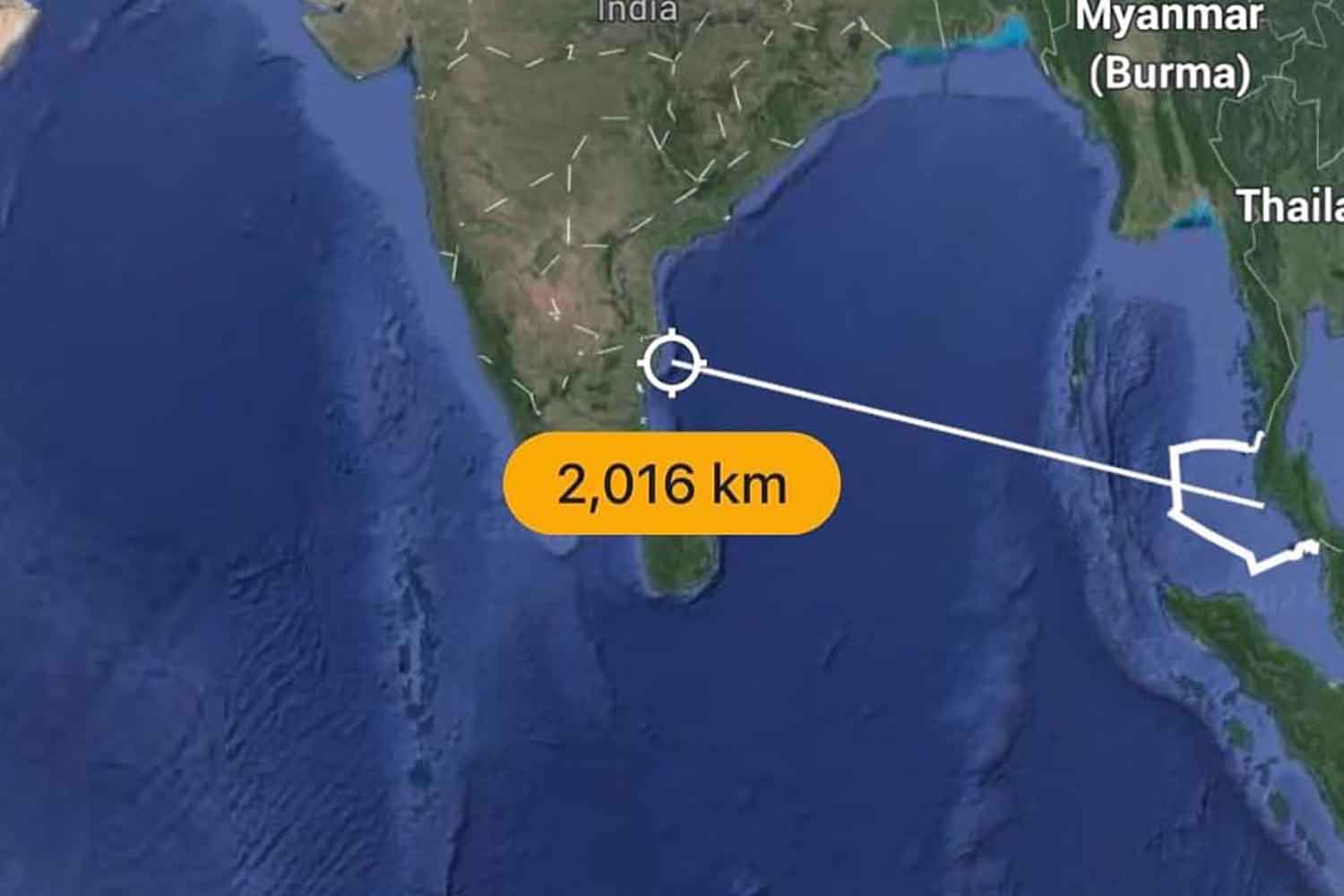