Sixty-one people, 59 Thais and two Chinese, were detained during raids on a phone scam gang working out of Preah Sihanouk in Cambodia, according to Thai police.

Twenty-eight were beng treated as suspects, five had been lured into the operation and rescued and the remainder were still being investigated, Pol Gen Damrongsak Kittiprapas, director of the Police Cyber Taskforce (PCT), said on Thursday.

Teams of Thai and Cambodian police raided two premises used as offices by the gang in Preah Sihanouk on March 20, said Pol Gen Damrongsak, who is a deputy national police chief.

The first was an abandoned factory on Santepheap Road. Callers operating from there would tell people there were parcels for them sent by DHL or FedEx, but customs officials had seized them because they contained illegal goods.

Later, a person pretending to be a police officer at Chiang Mai’s Muang police station would contact them and ask to examine their finances. The victims were then lured into transferring money to the bogus officer, Pol Gen Damrongsak said.

Police arrested 28 people at the abandoned factory, including three alleged gang leaders - two Chinese nationals and a Thai man identified as Pornsak Reephol. They were charged with colluding in public fraud, illegal assembly and money laundering.

A total of 61 scammers were caught at the two locations. Five of them who had been snared into working for the gang were taken to the Thai embassy in Phnom Phen. 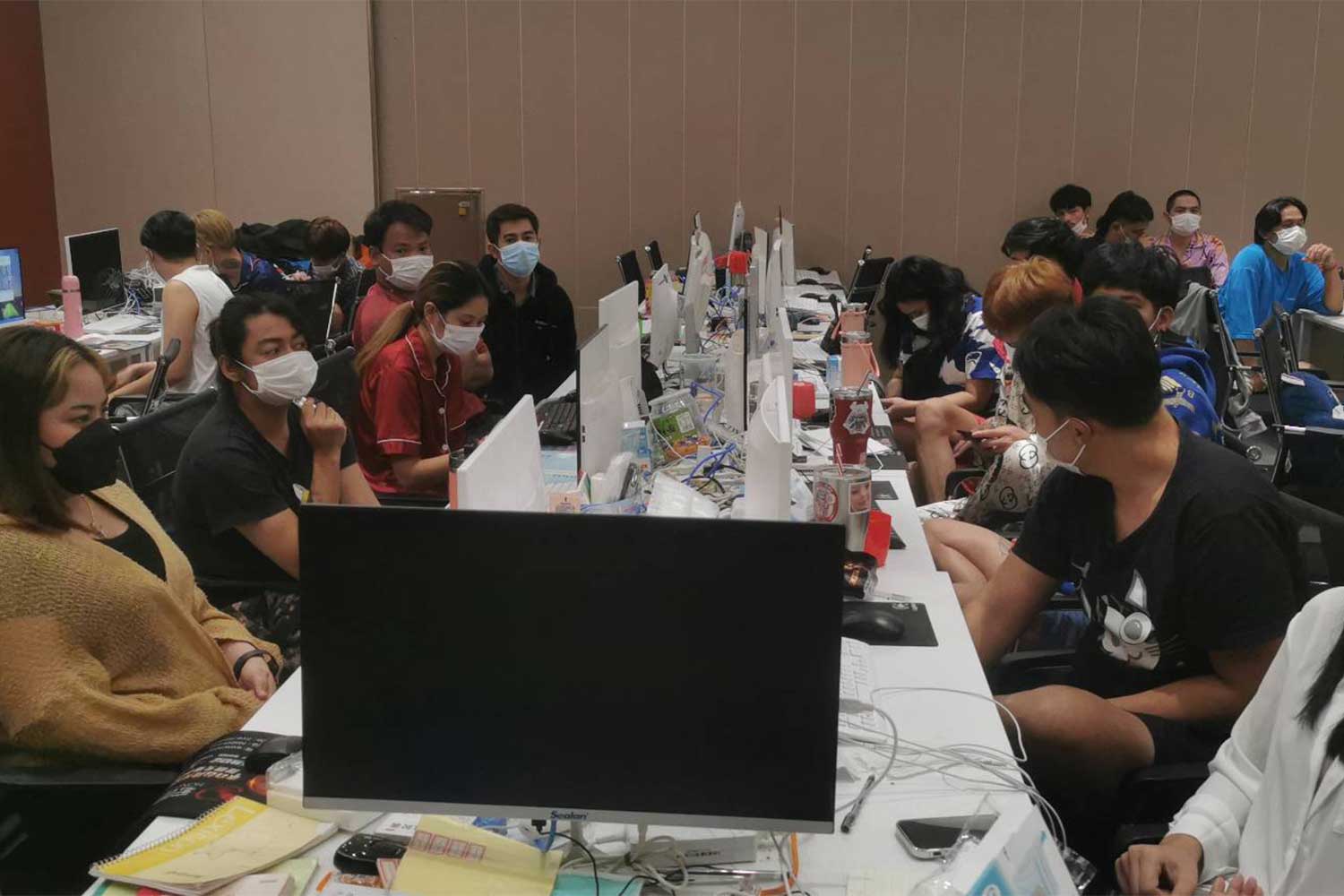 Fifty-nine Thais and two Chinese are detained during raids on a phone scam gang in Cambodia. (Photo supplied)