The Royal Thai Army has apologised to viewers of its TV Channel 5 for "broadcasting problems" on Monday, which occurred during news coverage of Russia's war on Ukraine.

On Monday, Channel 5 was presenting a report about the war in Ukraine when its signal was abruptly disconnected.

That led to speculation the Top News team, which supplies the news content to the army-owned station, would withdraw from the channel at the end of this month.

The army’s public relations centre on Thursday released a brief statement apologising to the people and viewers of the station for the disruption, attributing it to news information management and technical problems in broadcasting the programme on March 28.

Over past months, the army’s statement management committee had "discussed and formulated a balanced practice that was useful to society on the basis of performing a duty as public media. The panel also instructed the station to be more careful in communicating and broadcasting news", the statement said.

The statement said Channel 5 would "continue to maintain its position as a medium for national security and public safety in presenting news that is useful to the public and society, and will stand side by side with the people in all situations".

The statement did not mention the news report was about the war in Ukraine.

The president of Channel 5 tendered his resignation letter on Monday and was replaced amid reports of controversial meetings and orders regarding news coverage of the Russian invasion of Ukraine, which the government refers to as the Ukraine-Russia crisis, or conflict. 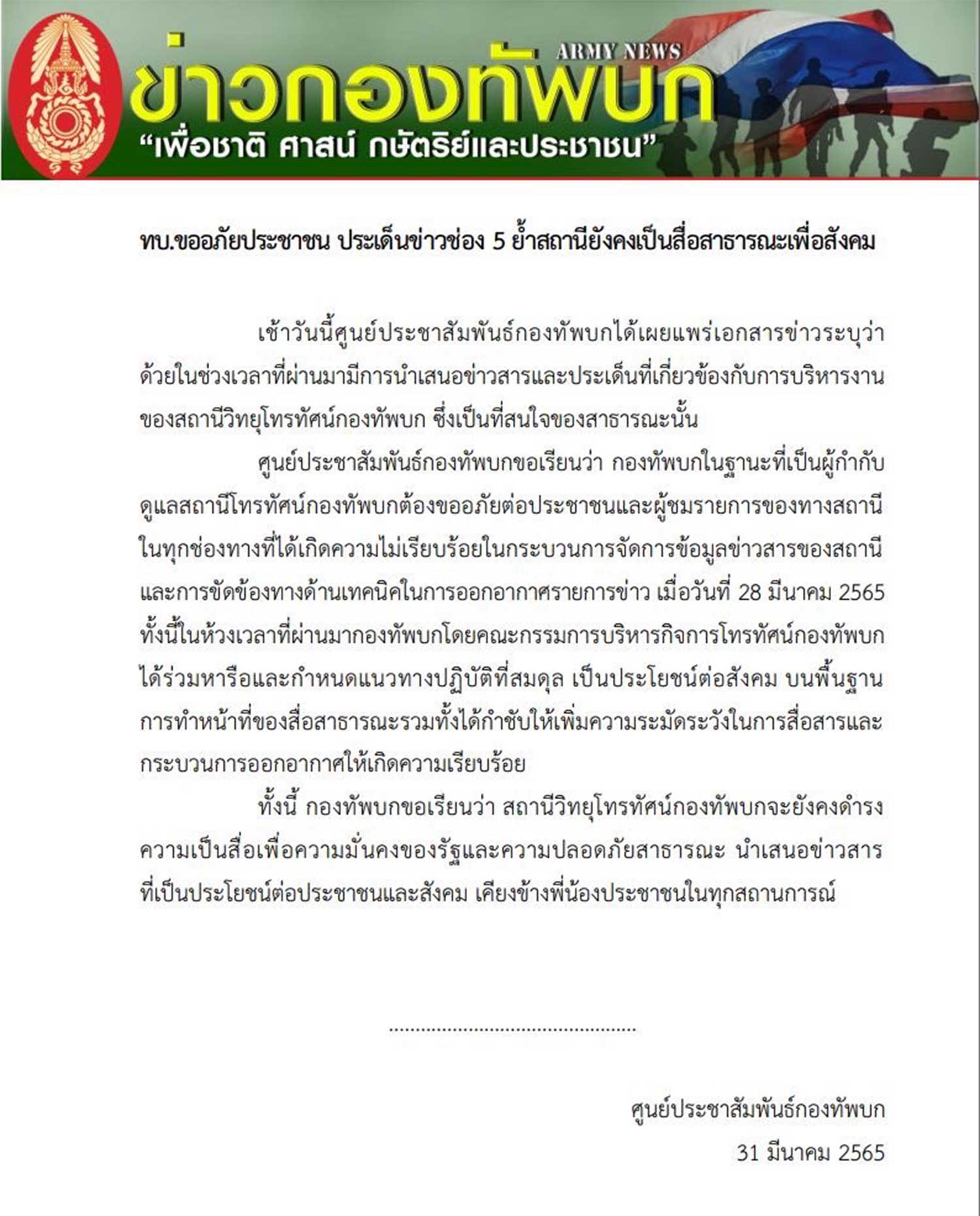 The Royal Thai Army apologises to viewers of its TV Channel 5 for broadcasting problems' on Monday and stresses that the station will maintain its status as public media.