CHON BURI: Candidates vying to become mayor of Pattaya hit the campaign trail in the resort city on Saturday, though the final field will not be known until Monday.

So far, four candidates have registered to run in the May 22 polls, for which registration will close on Monday.

The four candidates drew lots for their numbers on Thursday, the first day of registrations. They are:

Candidates for councillor elections also registered for the election, which will be held on the same day as the Bangkok governor poll.

On Saturday, the atmosphere at the candidacy registration venue was quiet as no more candidates showed up. Election officials wait for candidates to register for the Pattaya mayoral election on Saturday, but no aspirants showed up. Registrations remain open until Monday. (Photo: Chaiyot Pupattanapong)

But the campaigning was lively, as mayoral aspirants and their associates running for city council were seen at various sites around town.

Mr Sinchai and his Ruam Jai team visited Constituency 1 in the old Na Klue market of Bang Lamung district, which is a political stronghold of the group. Most of its council candidates are natives of Pattaya.

“Pattaya should be run by natives” who are capable and understood the problems of local residents, say group members, who have promised to administer the city in a transparent manner. They vow to tackle chronic problems that affect tourism, push for construction projects that have not yet been completed and solve flooding problems.

Mr Sinchai and his candidates were warmly received by many local residents who showed up to give them support on Saturday.

Strolling along Pattaya beach and the Walking Street, Mr Kittisak and his Pattaya Future colleagues urged people to exercise their voting rights.

Mr Kittisak said he was confident of victory and ready to develop the resort city. He said he would give more priority to making Pattaya ready to welcome tourists, while road and pavement improvement projects would be accelerated.

His group also intends to look into social welfare benefits of children, the elderly, the disabled and those who lack access to existing state welfare programmed, said Mr Kittisak.

Pattaya Future also plans to do door-to-door campaigning in all areas of Pattaya, he added. 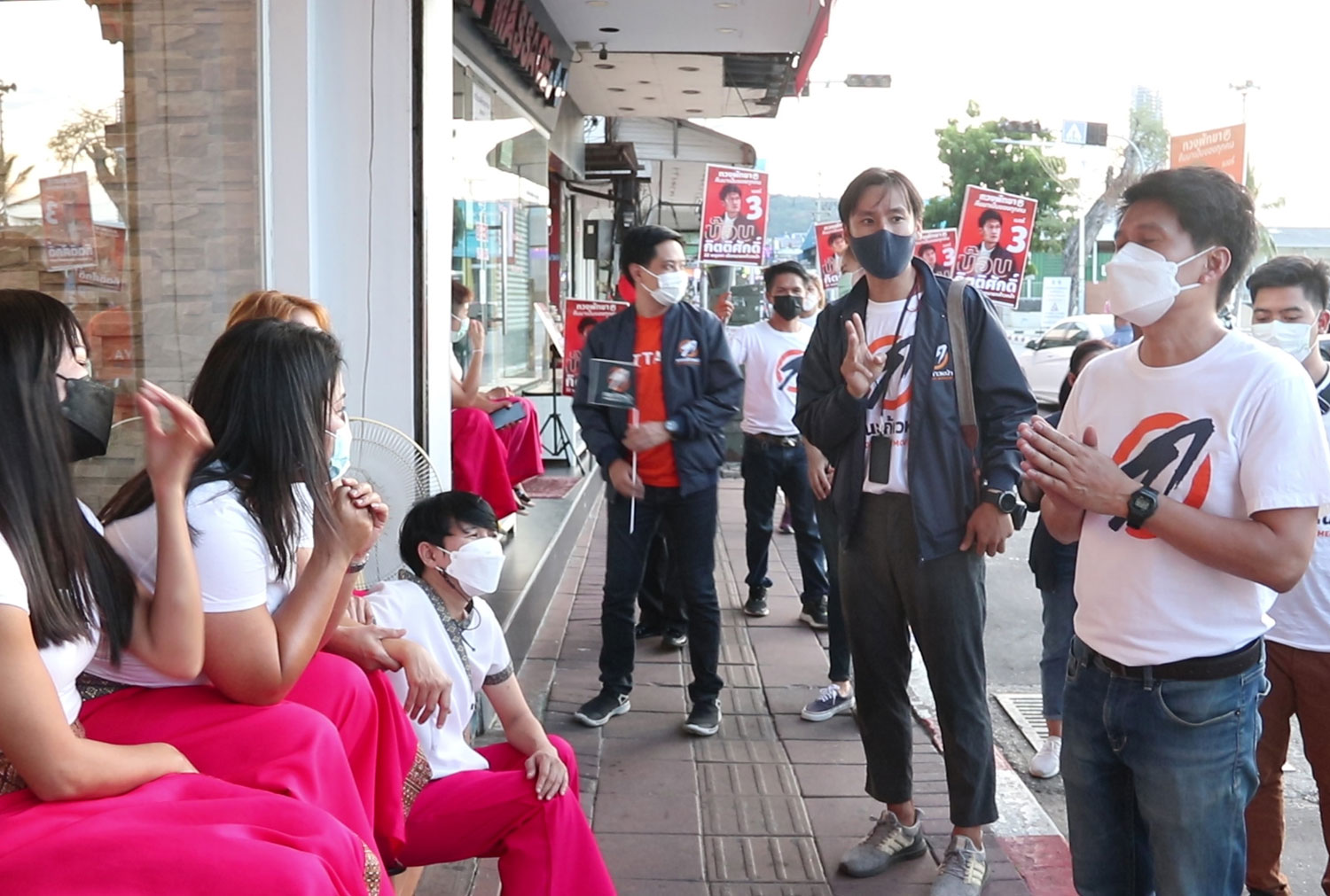 Kittisak Nilwattanathochai of Pattaya Future, candidate No 3, campaigns for votes along Pattaya beach and the Walking Street on Saturday. (Photo: Chaiyot Pupattanapong)