RT-PCR tests may be axed

A medical assistant waits to test arriving passengers for the Covid-19 coronavirus at Phuket airport in Phuket on Nov 1, 2021. Travellers to Thailand will no longer have to take a Covid-19 test before boarding the plane. (AFP photo)

The government will on Friday consider scrapping mandatory RT-PCR tests for foreign visitors arriving in the country as it further eases entry rules to attract tourists.

"If approved [by the CCSA], foreign travellers would only need to take antigen tests upon arrival," Mr Anutin said. 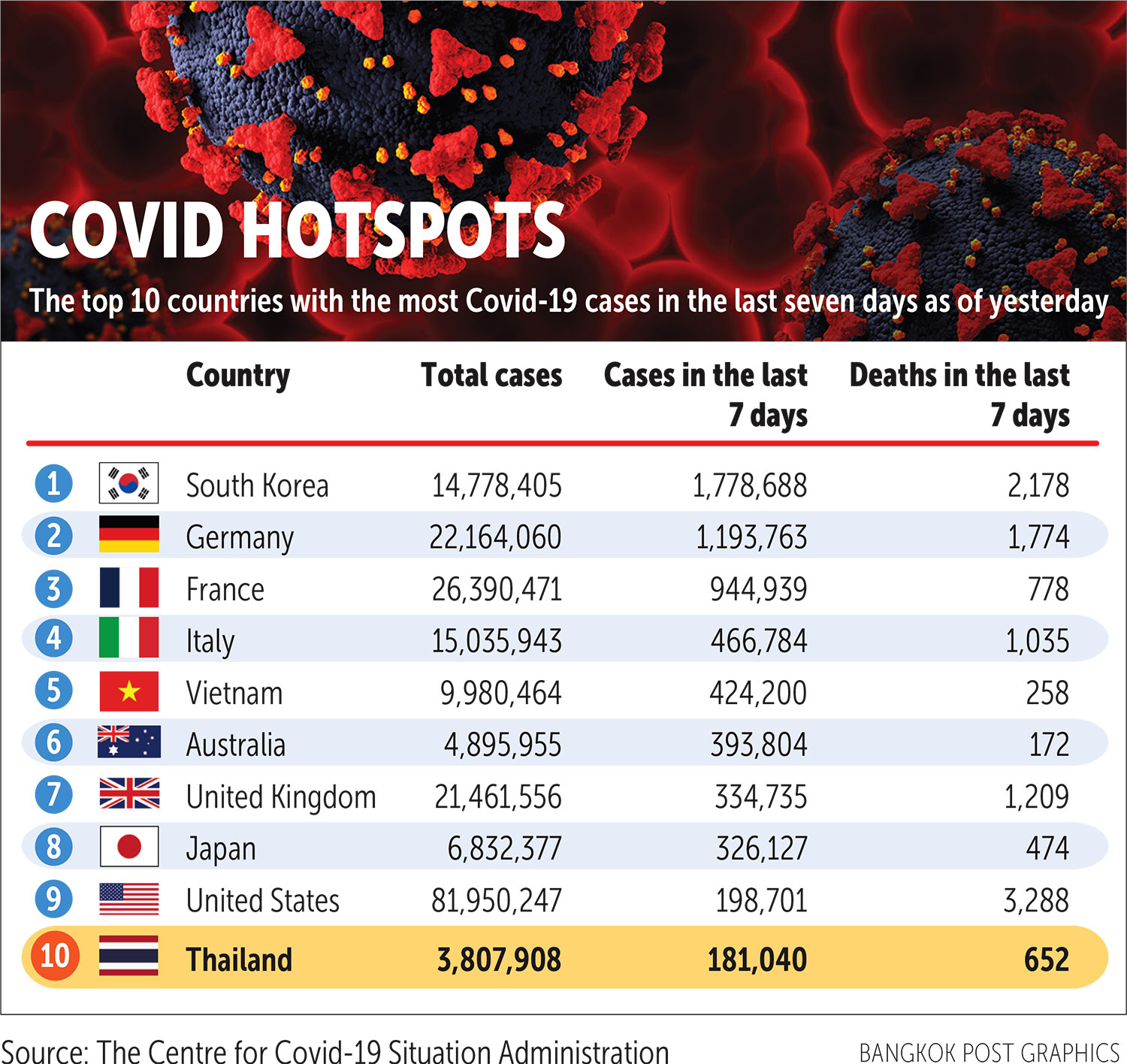 Opas Karnkawinpong, director-general of the DDC, said the green light from the CCSA over the matter could see the new rule come into effect after the Songkran festival, which starts on Wednesday.

However, a source at the CCSA said the shift to antigen tests may take effect next month.

Friday's meeting will also focus on measures to contain Covid-19 during the festival and a vaccination drive for senior citizens, the source said.

The current coronavirus outbreak zoning method based on a colour-coded system is expected to remain unchanged, the source said.

On April 1, the requirement for pre-travel RT-PCR tests ended for visitors arriving in the kingdom under its Test & Go, Sandbox and quarantine programmes.

Large numbers of people are expected to join the festival this year when they return to their home provinces.

"Precautions will be put in place to prepare for inter-provincial travel and activities during the festival," Mr Thanakorn said.

Gen Prayut has stressed the need for people to monitor their health condition in advance and follow precautions, he said.

People must take self-antigen tests to make sure they will not spread the disease to family members, especially the elderly, at home, he added, citing Gen Prayut.

Meanwhile, Jakkarat Pittayawong-anont, director of the DDC's epidemiology division, said the Public Health Ministry has forecast that daily infections could hit 50,000 on April 19, four days after Songkran, unless additional precautions are taken.

On May 5–6, the daily number of patients suffering from lung inflammation could reach 3,000, with about 900 of them plugged into ventilators, he said, noting that the kingdom could see about 150 deaths per day.

In a less optimistic scenario, with precautions used sparingly, the daily number of patients with lung inflammation could reach 6,000 on May 5–6, he said, with about 1,700 patients on ventilators and more than 250 deaths a day.

"The situation after Songkran could worsen as a result of social gatherings, inter-provincial travel and the vulnerability of unvaccinated elderly people being exposed to infections during the festival," Dr Jakkarat said.

It is important to follow precautions, such as refraining from group activities, maintaining a high vaccination rate among at-risk groups and practising universal infection prevention measures, he said.

Somsak Akksilp, director-general of the Medical Services Department, said the Public Health Ministry will work with Bangkok's City Hall, the private sector and medical schools to increase hospital bed numbers if the bed occupancy rate reaches up to 80% after Songkran.

On Wednesday, 26,011 patients were discharged from hospital after recovering, while 248,057 people were receiving treatment at hospitals, including 1,846 seriously ill patients and 774 dependent on ventilators.