People are noticing some disregard for mask-wearing rules in tourist areas during the Songkran holiday, prompting the Department of Health to remind the public that the kingdom's Covid-19 prevention measures are still in place.

A Department of Health survey found that 78% of respondents saw people incorrectly wearing masks while 22% noticed people not wearing masks at all, Dr Suwannachai Wattanayingcharoenchai, the department's chief, said yesterday.

The poll was conducted among people visiting tourist attractions across the kingdom between April 1 and Monday, Dr Suwannachai said. 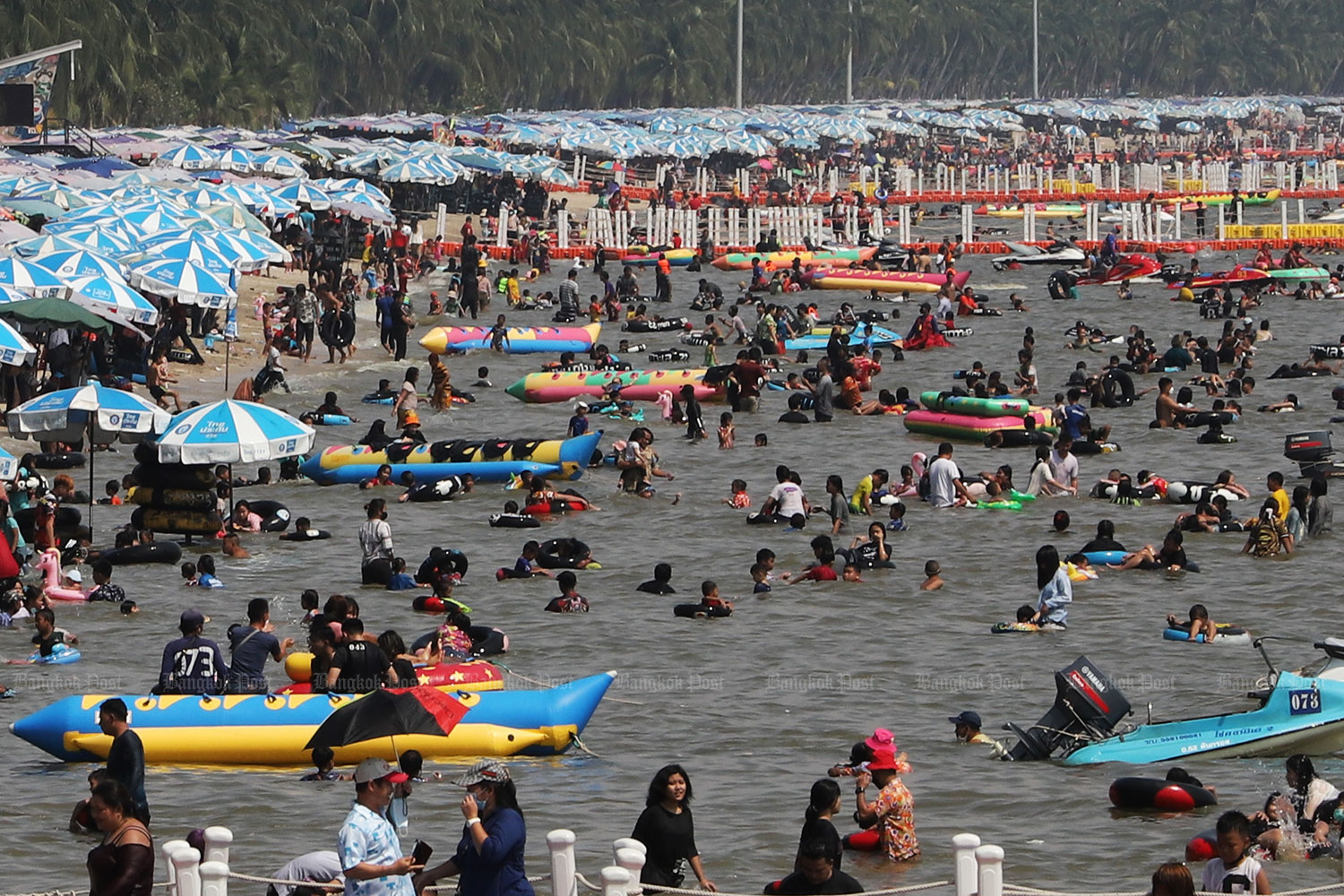 However, 64% of participants said tourist destinations were full of infection risks due to overcrowding while 33% said places lacked sanitation and 32% reported that venues did not have proper airflow, he said.

"We would like to urge people to cooperate with mask-wearing measures at all times, as the universal prevention [measure] is still important in avoiding [Covid-19] infections," he said, adding that ATK tests should be conducted on people displaying flu-like symptoms.

The department also suggested that monks avoid having lunch in groups while people should temporarily refrain from praying in temples during the Songkran festival to avoid Covid-19 infections.

The DDC also urged the elderly and people living with chronic diseases to seek booster shots to prevent getting infected during the Songkran festival.

In other news, the Thai Food and Drug Administration (FDA) warned against the purchase of a Covid-19 "killing" spray advertised as being made of Pha Talai Chon and Lamyai extract.

The FDA said the product was approved as an air freshener, and it was never approved for use against Covid-19.