Another woman has come forward to police investigating sexual misconduct and rape allegations against former Democrat deputy leader Prinn Panitchpakdi, bringing the number of alleged victims to at least 15, according to lawyer Sittra Biebangkerd. 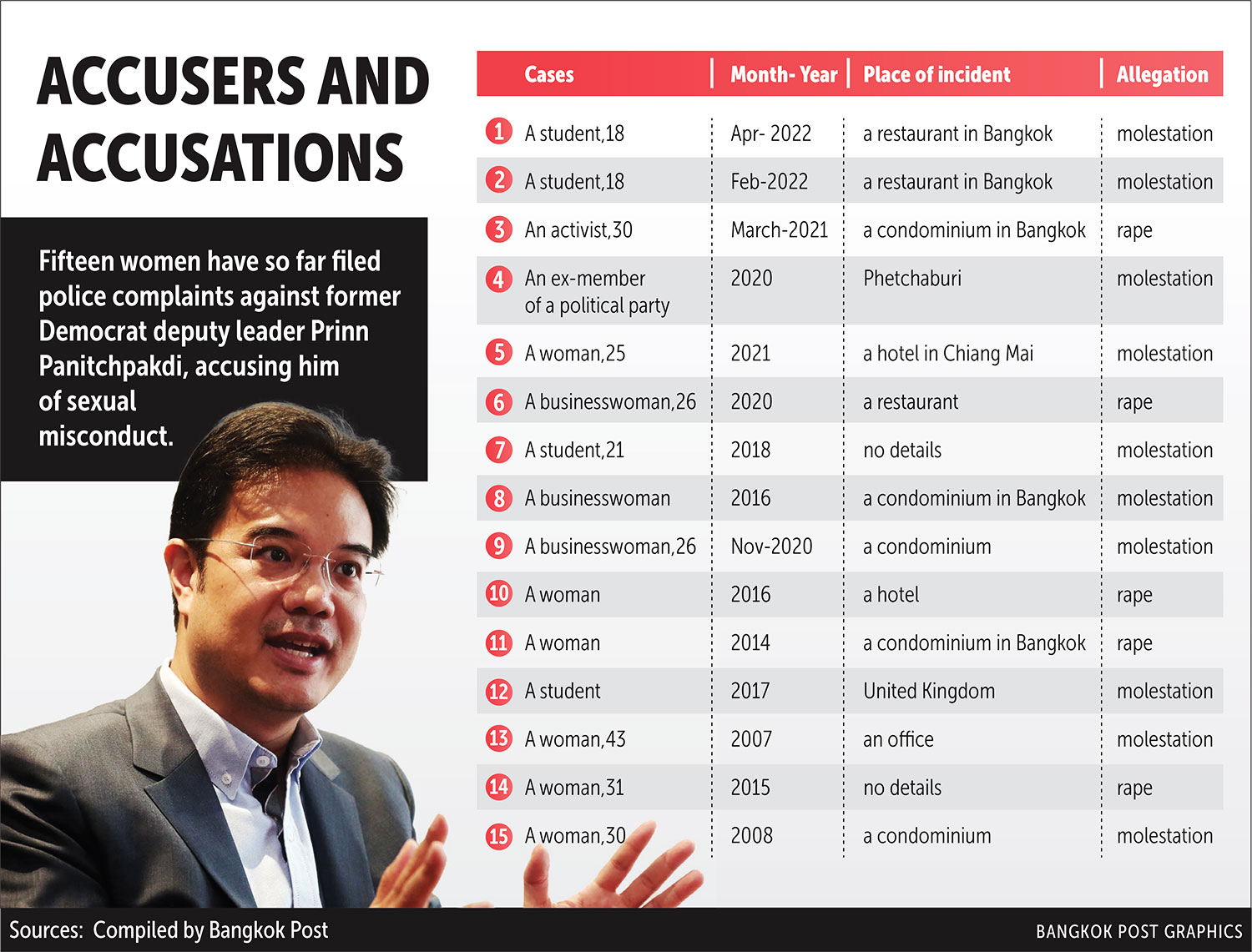 The woman is well-known in Bangkok's social circles and asked to be an anonymous witness in the investigation being pursued against Mr Prinn, the lawyer said yesterday.

The woman, who is in her thirties, recently told Lumpini police probing the accusations that she was taken by Mr Prinn to his condominium about four months after having first met him.

She claims she managed to escape his clutches and flee his room after he molested her and tried to kiss her, said the lawyer, who added the incident occurred in 2008.

The lawyer said two other people had contacted him claiming to be victims of the politician but could not be reached by phone when he tried to speak with them.

Meanwhile, some victims have admitted to having been offered money in exchange for their agreeing to drop legal proceedings against Mr Prinn, Mr Sittra said. These victims appeared reluctant to press on with the legal action they brought against the politician, he said.

Mr Sittra said he now intends to file charges against whoever sought to bribe the alleged victims.

Twelve of the 14 cases currently against Mr Prinn are being handled by Lumpini police, another investigation is being conducted by Phetchaburi police and the other by Chiang Mai police, said Pol Maj Gen Jirasant Kaewsaeng-ek, deputy commissioner of the Metropolitan Police Bureau.

The Organization of Islamic Cooperation (OIC) pledged to play a role in rebuilding peace in the deep South and improving the quality of life for residents of the restive region during a visit last week.