Sukhothai: Police are investigating the disappearance of four family members who have lost contact with relatives since April 10 amid a Songkran trip. 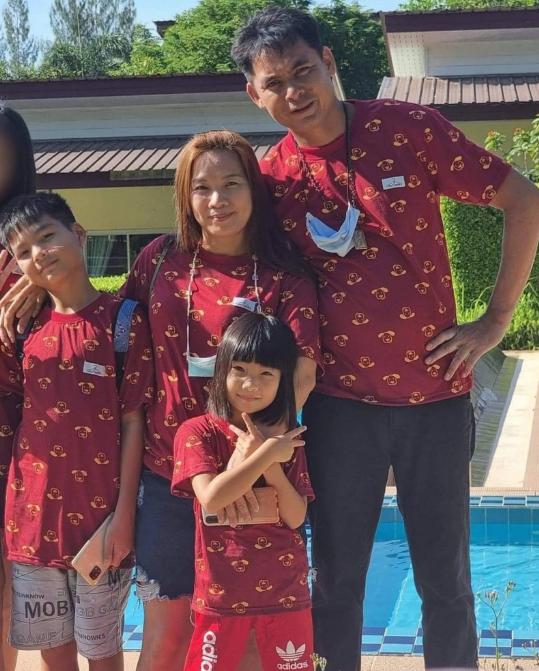 Nirut, 41, and his wife, Narumon, 41, left their home with two children, 12 and 7, in a grey pickup truck with a Bor Phor 3053 Sukhothai licence plate on April 6 for the holiday. The couple's eldest daughter, 19, who studies in Chiang Mai, did not travel with them.

She and relatives who live in another district were unable to reach any of the four after April 10, prompting them to file a report with Ban Rai police for an investigation into the matter.

The family's disappearance has drawn public interest after their pickup truck turned up at a used car dealership in Udon Thani and their phone numbers were cancelled in Bangkok's Lat Krabang district. The fate of the four is still unknown.

Police said that after receiving the report, officers checked road accident reports during the Songkran period. Agents tried contacting them on their phones and found the numbers were out of service, police said.

When the pickup truck turned up at the dealership, officers tracked the transaction and found the vehicle had exchanged hands four times before ending up at the location, police said. The car was registered in Ms Narumon's name, who apparently sold it on April 7 before it was handed over to a buyer at a gas station in Phitsanulok.

Police said they are now looking into the couple's background to find information that could shed light on their disappearance.

Pol Col Sayan Chanchaem- krachang, chief of Ban Rai police station, said that before the disappearance, the couple raised a huge amount of funds from villagers, saying the money was for a business investment which they did not disclose. That might be why they did not want to contact anyone, police said.

Pol Col Jamorn Andee, superintendent of Muang Udon Thani police, on Thursday led officers to examine the vehicle's document at the used car dealership. According to police, the dealer purchased the car from a 33-year-old man, a resident of Loei, for 422,000 baht on April 9. Noppadol Polraksa, owner of the dealership, said the pickup truck was legally purchased using proper documents.

The person who bought the truck from Ms Narumon reportedly transferred 385,000 baht to her account at 3.40pm on April 7. She told the buyer she wanted to sell the car due to loss of income in the wake of the Covid-19 pandemic.