Drug assets go under the hammer

A Porsche Taycan is among luxury items seized from drug traffickers auctioned off by the Office of the Narcotics Control Board on Monday. The car went for 6,580,000 baht. In total 192 luxury goods went under the hammer. (Photo: Chanat Katanyu)

Some 192 items seized from drug networks, including luxury cars, brand-name bags and high-end watches, were auctioned off by the Office of the Narcotics Control Board (ONCB) on Monday.

"The money earned from the auction will be used to help fund further crackdowns on drug trafficking," he said.

Among the items that went under the hammer were a Porsche Taycan 4s, which sold for 6.58 million baht, a Toyota Vellfire which went for 1.89 million baht, and a Chanel handbag, which fetched 176,000 baht. 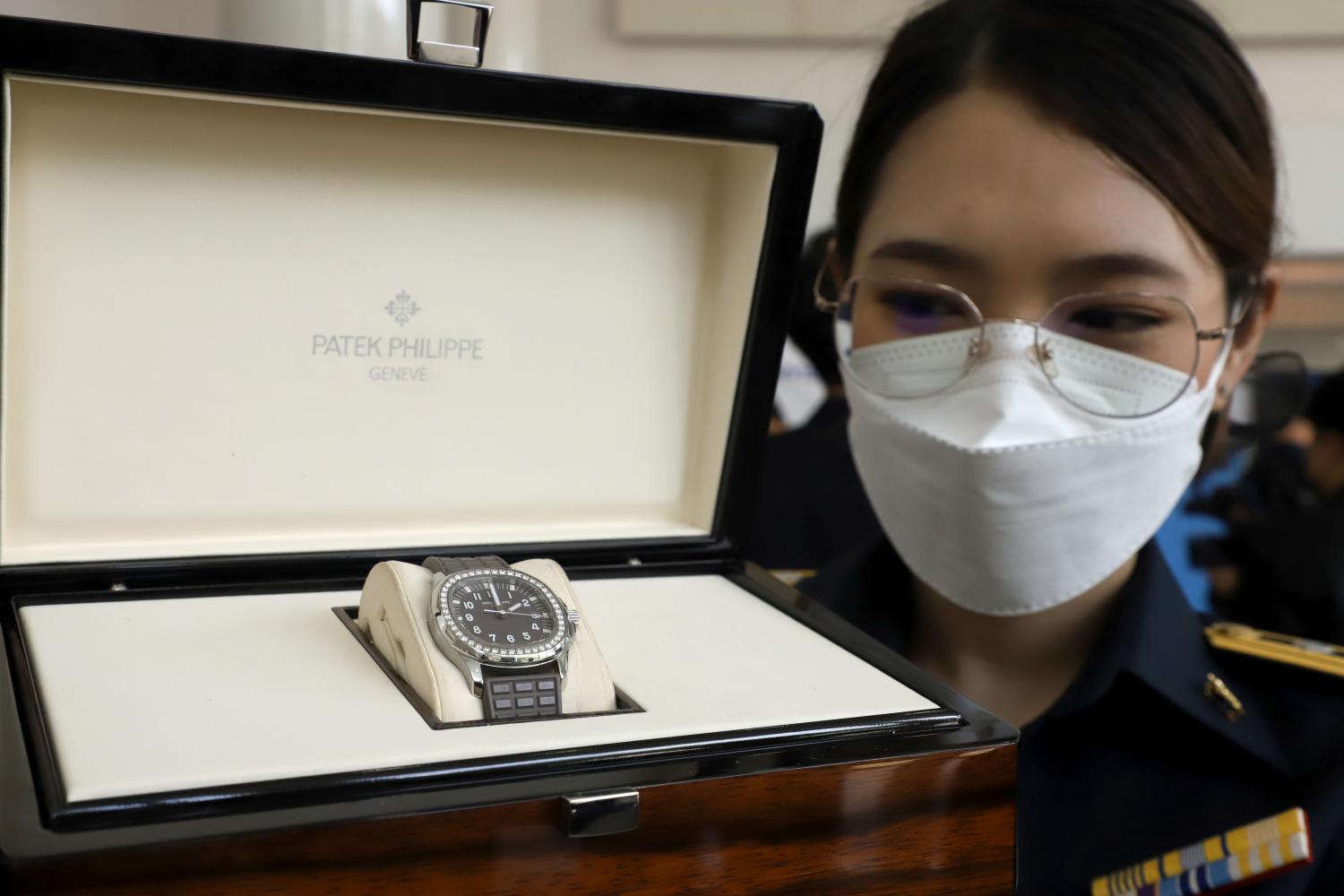 A Porsche Taycan, above, and a Patek Philippe aquanaut wristwatch, left, are among luxury items seized from drug traffickers auctioned off by the Office of the Narcotics Control Board yesterday. The car went for 6,580,000 baht and the watch for 1,510,000 baht. In total 192 luxury goods went under the hammer. (Photos by Chanat Katanyu)

Justice Minister Somsak Thepsuthin said he was confident the rest of the seized goods would fetch 10 billion baht, noting bids began at five million baht for the Porsche, and 300,000 baht for the Patek watch.

Mr Somsak said over the past four years, police have seized 8,684 items in 112 seizures.

As well as further crackdowns, proceeds from the auction will also be used to fund drug rehabilitation efforts, and rewarding informants, he said.

Chuwit Phitakpornpanlop, a Pheu Thai Party MP for Ubon Ratchathani, was present at the auction to ensure it was carried out transparently.