Drug suppression police and soldiers raid one of 38 locations in nine provinces on Thursday. The arresting teams arrest three alleged members of a drug network and seize assets worth about 85 million baht. (Photo supplied)

Police arrested three alleged members of a drug network in separate operations and seized assets worth about 85 million baht during raids in nine provinces.

Ms Sutthita, 32, of Lop Buri, was wanted on an arrest warrant issued by the Criminal Court on April 4 for colluding in money laundering. She was apprehended at a house in Phra Phutthabat district of Saraburi.

Ms Kamol, 28, and Mr Phongphan, 36, were wanted on an arrest warrant issued by Wiang Sa Provincial Court on Feb 10 for drug offences. Both were from Wiang Sa district, Surat Thani. They were arrested in Wiang Sa.

Assets worth about 85 million baht were impounded for examination during the operations. The assets included six houses, 24 cars, 17 motorcycles, two pistols and other valuables. 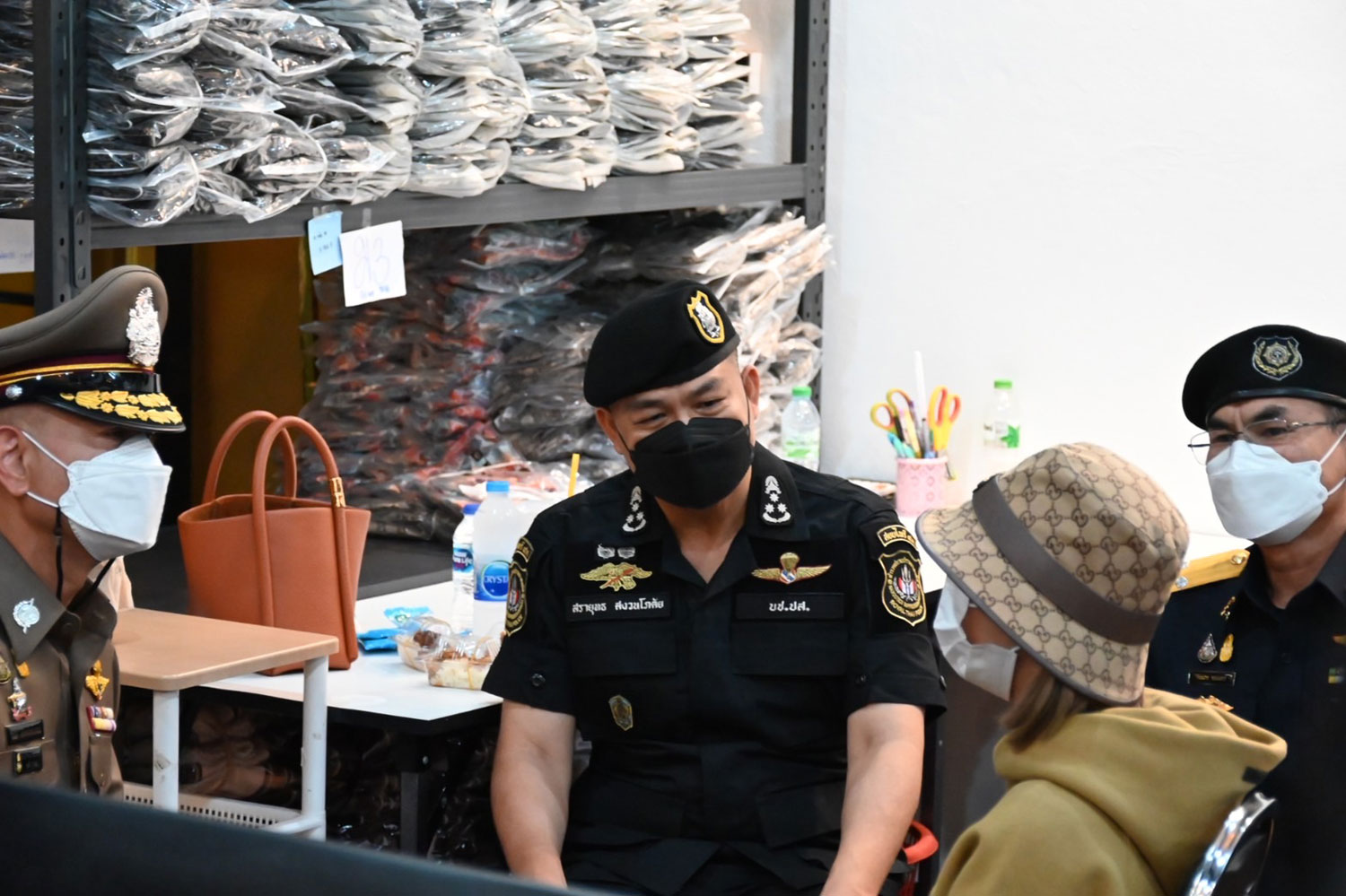 Police officers interrogate a woman, one of the three suspects arrested during police raids in nine provinces on Thursday. (Photo supplied)

Investigators extended the investigation and found that the three suspects were members of a drug smuggling network. The drugs came across the border into Loei province. The extended investigation also found that Ms Suthida was a prominent gang member.

As the network failed to deliver the 6 million speed pills, it had asked Mr Traiphop Yo-ngor and five other gang members to smuggle 1.9 million speed pills and 50,000 ecstasy pills. However, they were caught in Muang district of Ang Thong, said Pol Lt Gen Sarayut.

The seizure of the drugs led to the issuing of arrest warrants for the three suspects on Thursday.

The trio were handed over to the NSB for legal action. 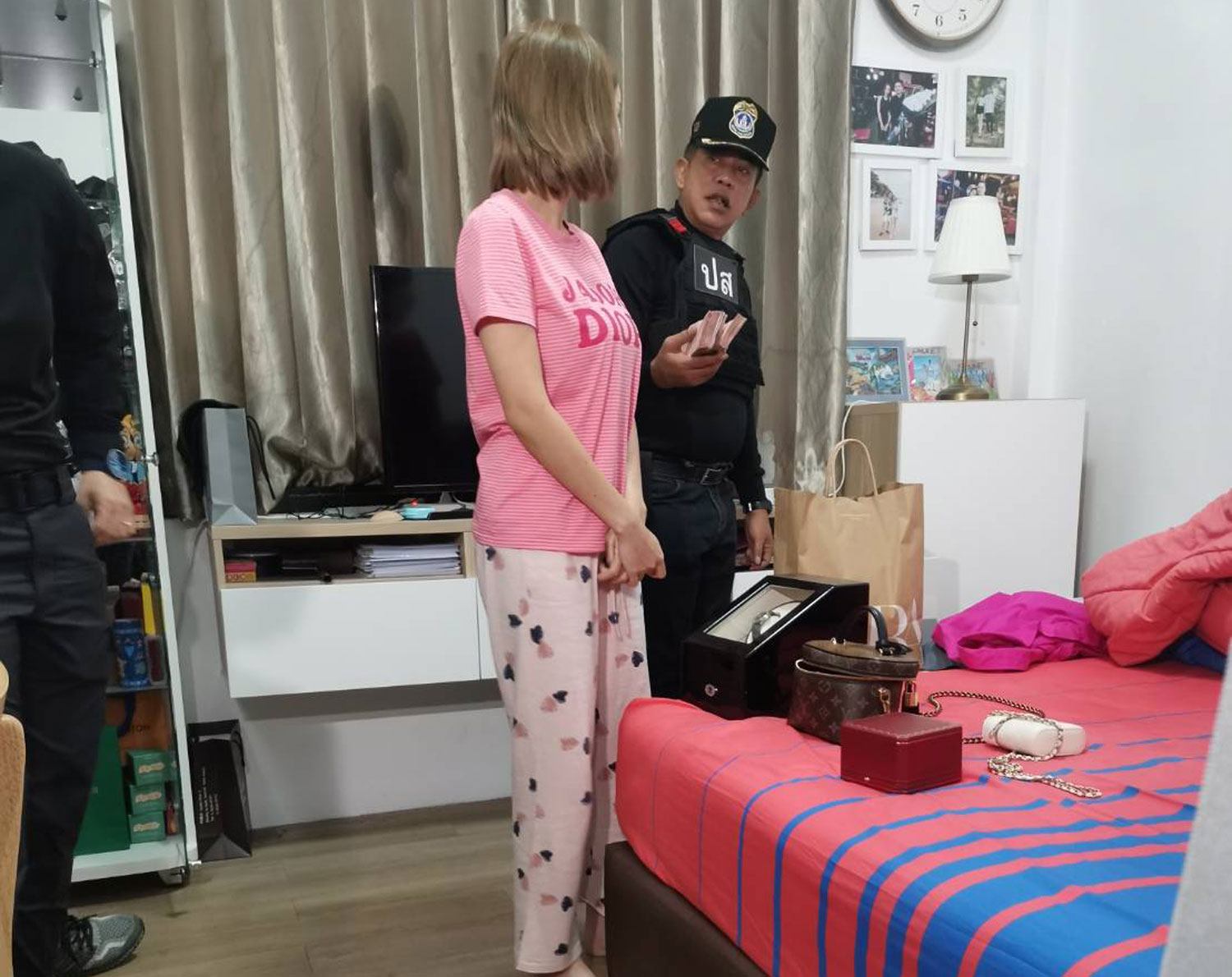 Another woman involved in drug smuggling is arrested. (Photo supplied)