The boats were pair trawling and were spotted by HTMS Thai Muang about 4.30 am on May 5 about 120 nautical miles from a safe water buoy off the coast of Songkhla, the 2nd Naval Area Command said. Fourteen people were detained and taken to Songkla naval base for questioning.

The trawlers left Vietnam's Ca Mau on May 1 and were operating in the Thai waters for four days when they were intercepted, the navy said. The crews were charged with illegal fishing and related offences under the Fisheries Act. Their boats were impounded.

It was the 10th time the 2nd Naval Area has arrested foreign fishing boats this fiscal year. A total of 14  boats have been intercepted and seventy people on board them arrested and charged. 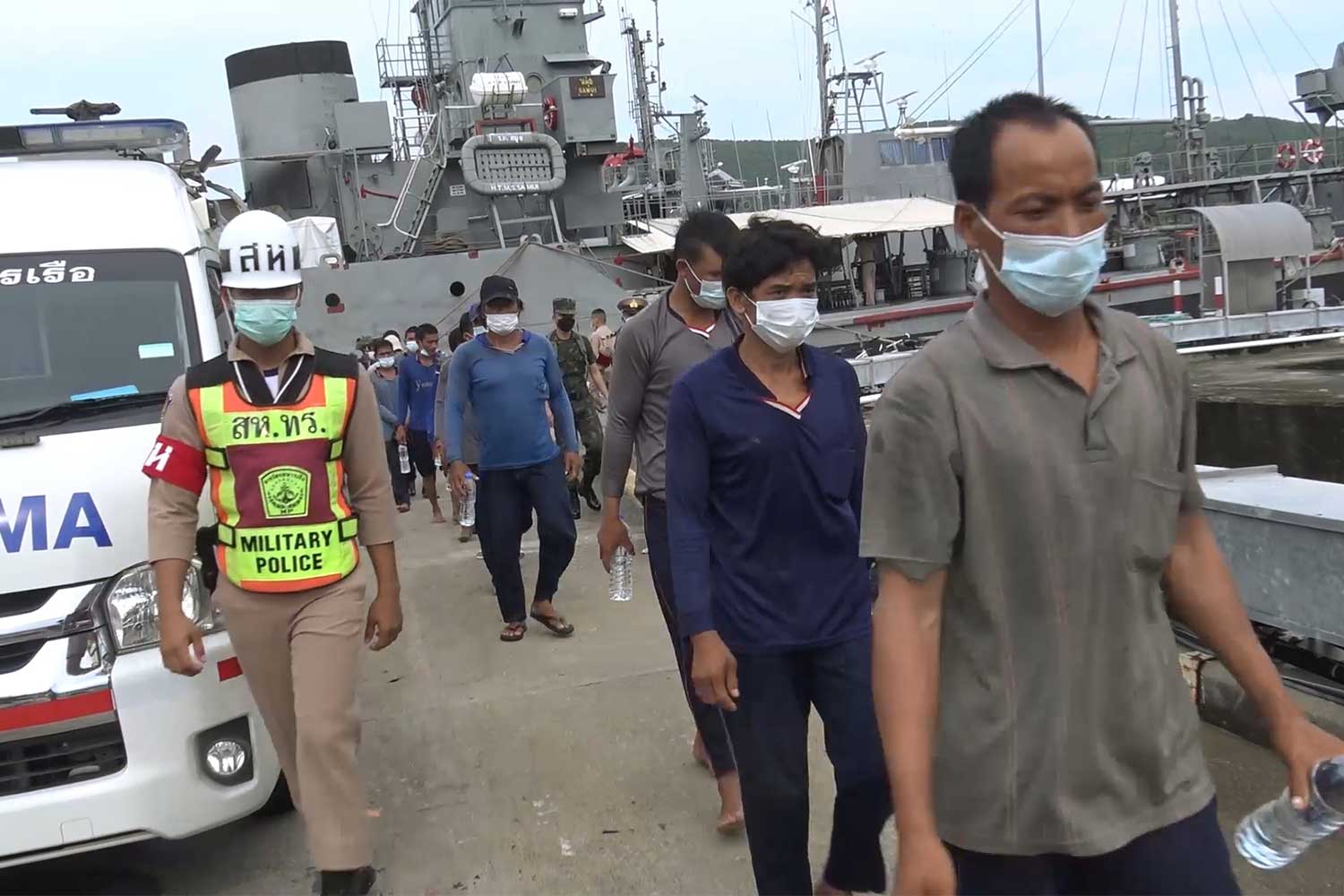 The 14 crew members from the two intercepted Vietnamese fishing boats are taken ashore at Songkhla navy base. (Photo supplied)