Khunying Patama, a music lover and chairwoman of the Thailand Philharmonic Orchestra, performs singing and conducting.

The College of Music at Mahidol University (MU) has attained a rank of 47 in the QS World University Ranking by Subject 2022. It is the first college in Thailand to enter the top 50 of the QS University Ranking in the performing arts, marking a milestone for Thai education. 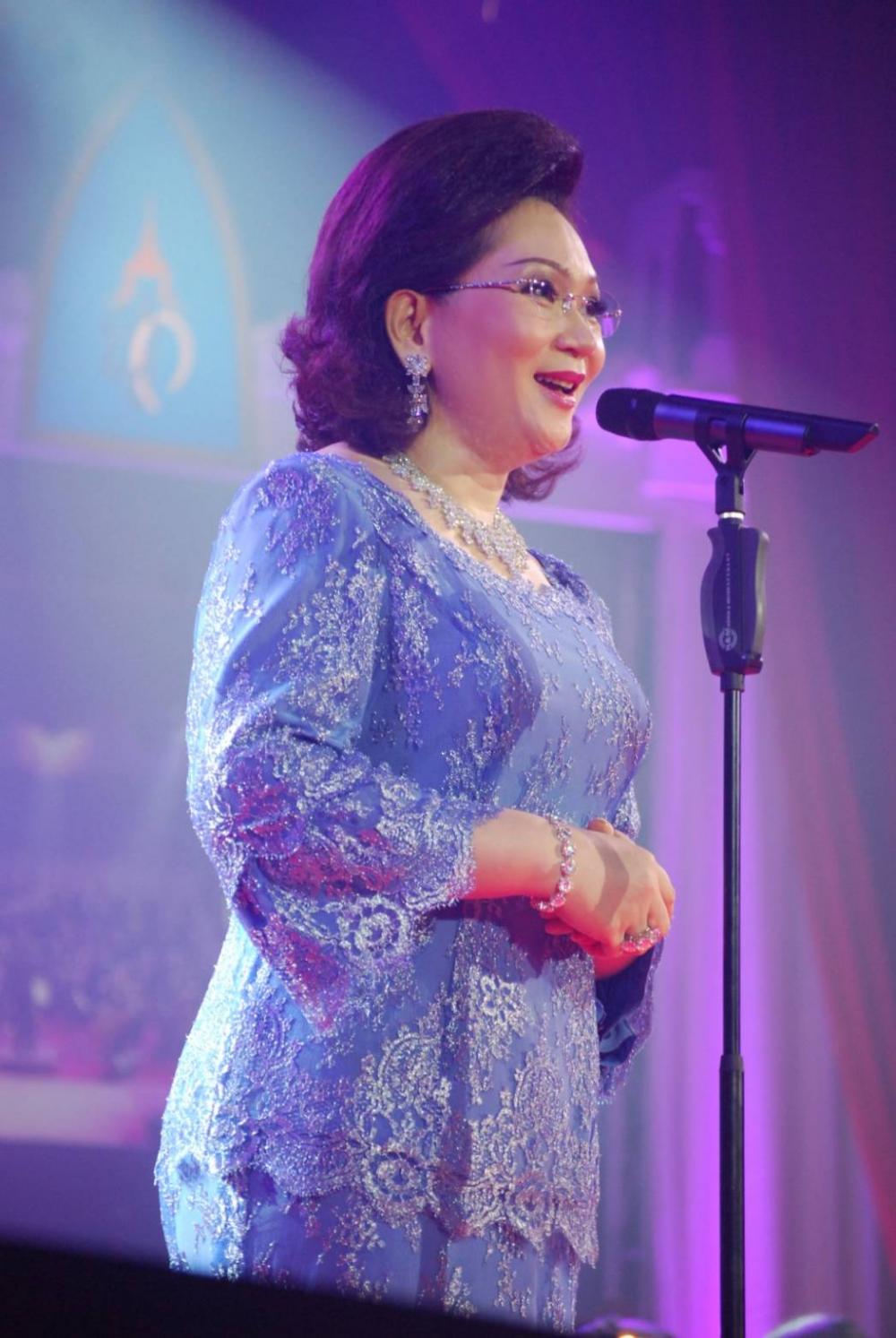 The criteria for the category of performing arts comprise academic reputation and employer reputation.

Mahidol University's College of Music was selected among tens of thousands of universities worldwide. Many offer a wider range of performing arts courses such as dramatic arts and visual arts, but the College of Music at MU has only a music programme. It was a challenge for MU to design the best school curriculum to make it into the Top 50.

"The success we've shared is a result of hard work by every faculty in the college," said Narong Prangcharoen, Dean of the College of Music. "I'd like to express my gratitude to Prof Banchong Mahaisavariya, president of Mahidol University, who has supported the performing arts and provided many opportunities for our college to thrive at an international level."

Mr Narong said the college's enrolments, both domestic and international, are increasing. The 1,500 students enrolled now come from more than 10 countries worldwide. The college offers comprehensive music programmes from high school to doctoral degrees. Music courses are on offer for people of many ages, starting from the age of three. 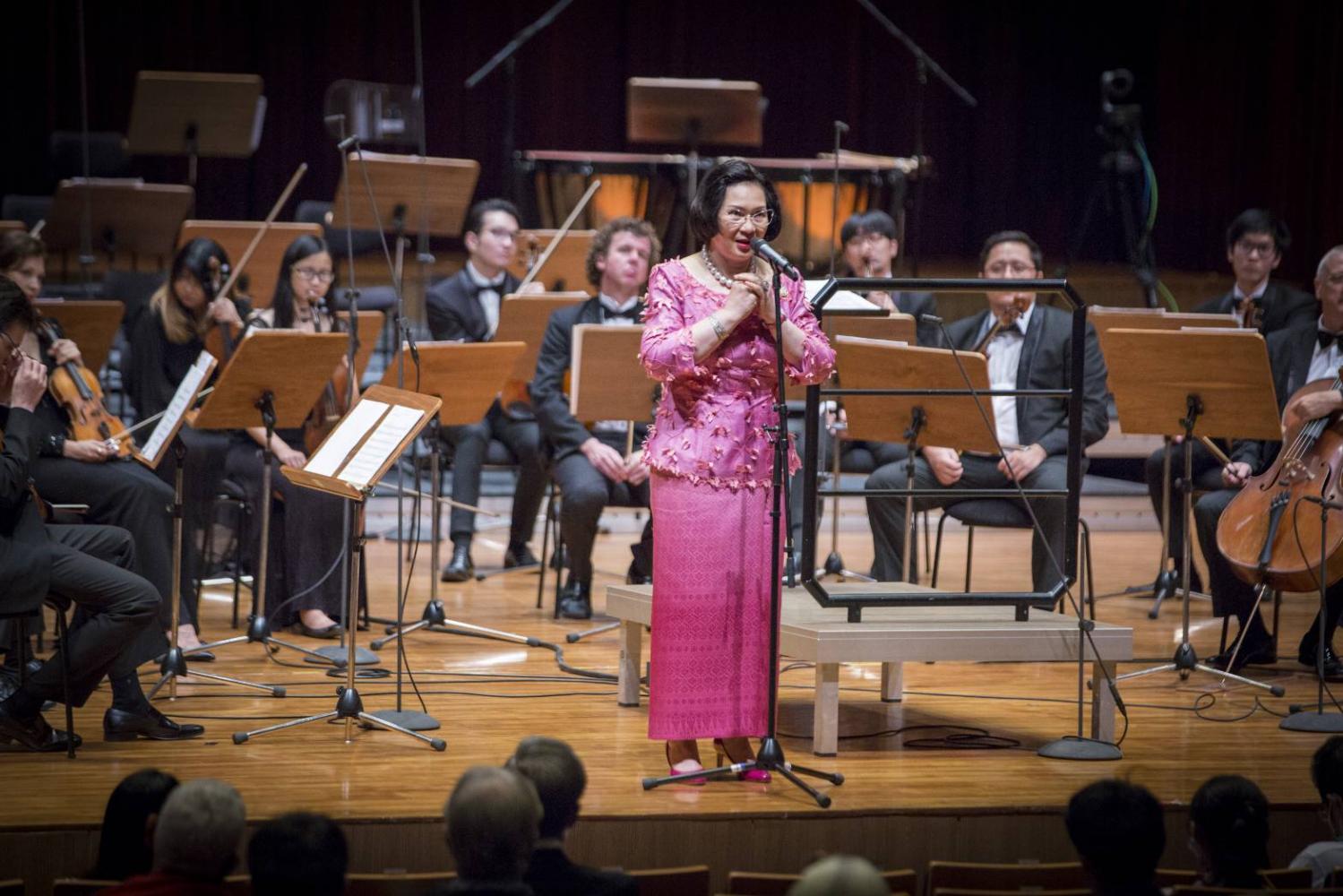 KhunyingPatama, a music lover and chairwoman of the Thailand Philharmonic Orchestra, performs singing and conducting.

"Mahidol University not only supports the college's efforts to achieve a higher ranking but also aims to improve its competence to strengthen Thai soft power before a global audience," he said.

Mr Narong worked as a composer for orchestras in the US before joining the College of Music.

His work is recognised worldwide and he has won many international awards such as the Guggenheim Fellowship and Barlow Prize.

He said key figures who have played a key role in the college's success include KhunyingPatama Leeswadtrakul and Dr Somsak Leeswadtrakul. They have been patrons of the college since the beginning. Their support for the college is reflected in their vision to develop the school for the sake of the community and the country. 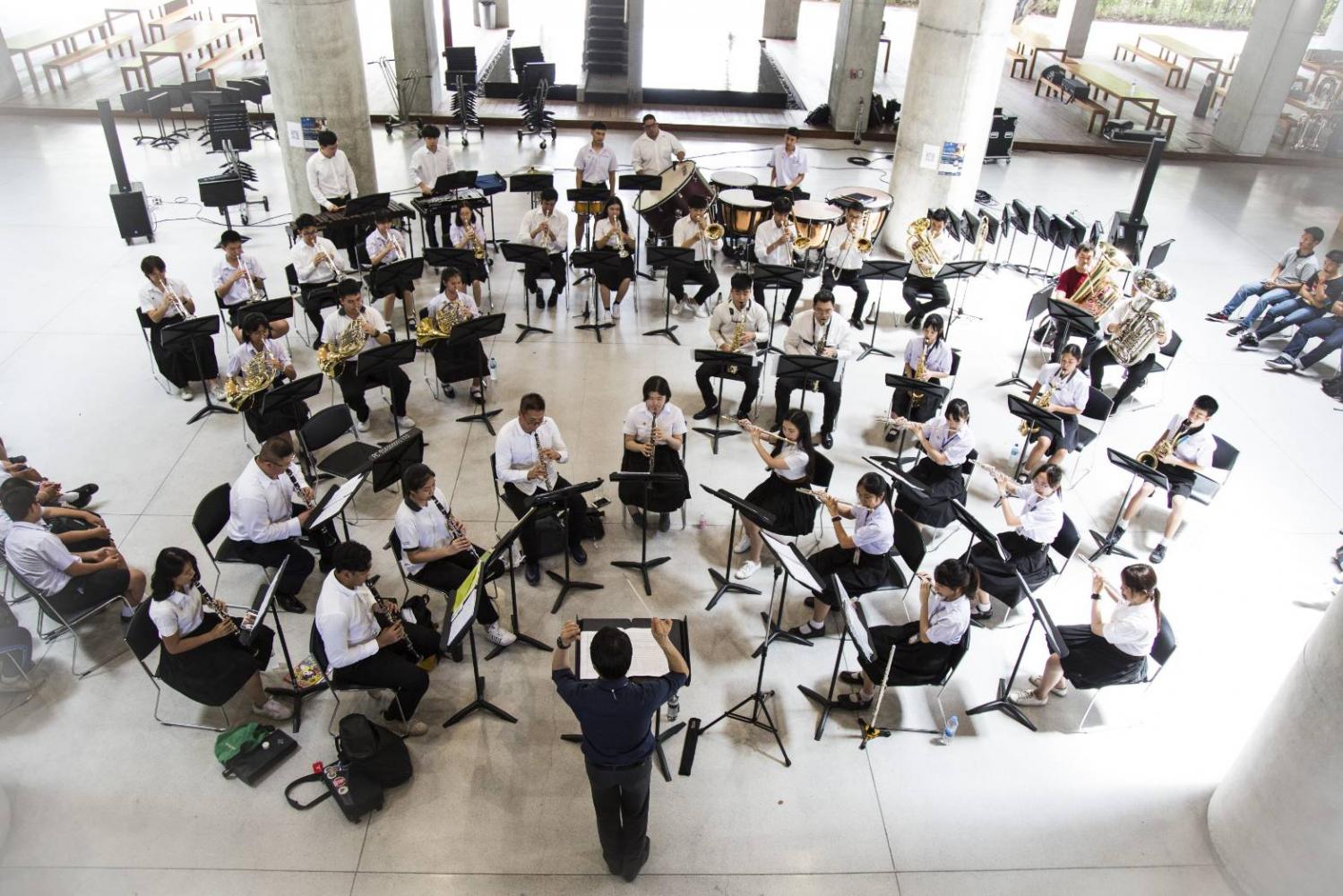 Students at the College of Music of Mahidol University practise intensively to improve their skills.

KhunyingPatama said investing in fields related to arts helps build a stronger economy and draw revenue to Thailand. "Many people mention soft power but only a few understand that it takes more than one's own work to build it. It takes multidisciplinary work to materialise soft power and we should collaborate to achieve our goals," she said. 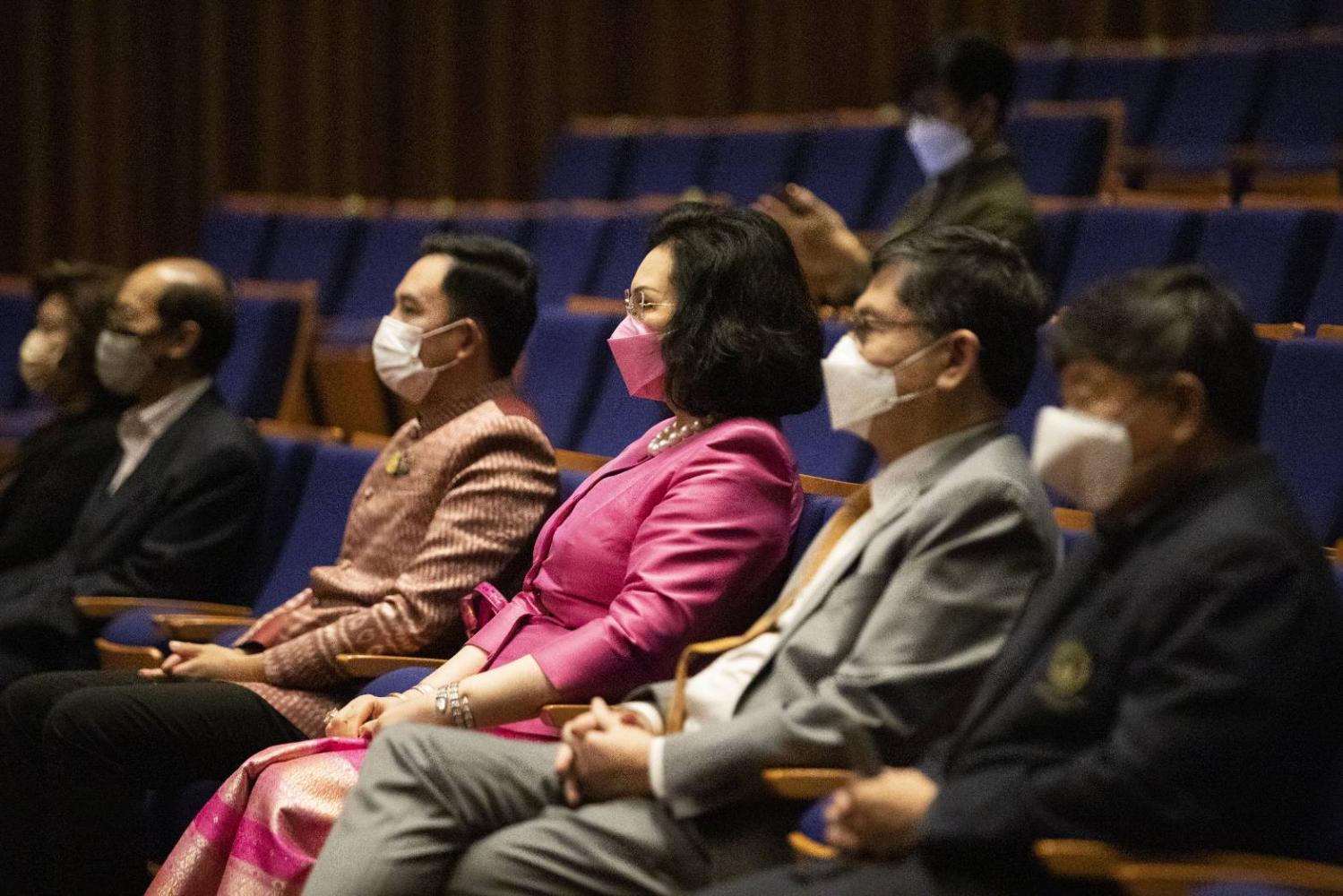 The Thailand Philharmonic Orchestra joins the likes of world-class performers such as Riccardo Muti, Daniel Barenboim, Lang Lang, Esa-Pekka Salonen, the Pittsburgh Symphony Orchestra and the Vienna Philharmonic in performing at these festivals.

The orchestra, she said, can show off its potential to world audiences. "We have culture and prosperity to show off to the world community," she said.

Being a key player in developing the Thailand Philharmonic Orchestra as it gained international recognition, KhunyingPatama said she had to thank all committee members of the orchestra for their support. 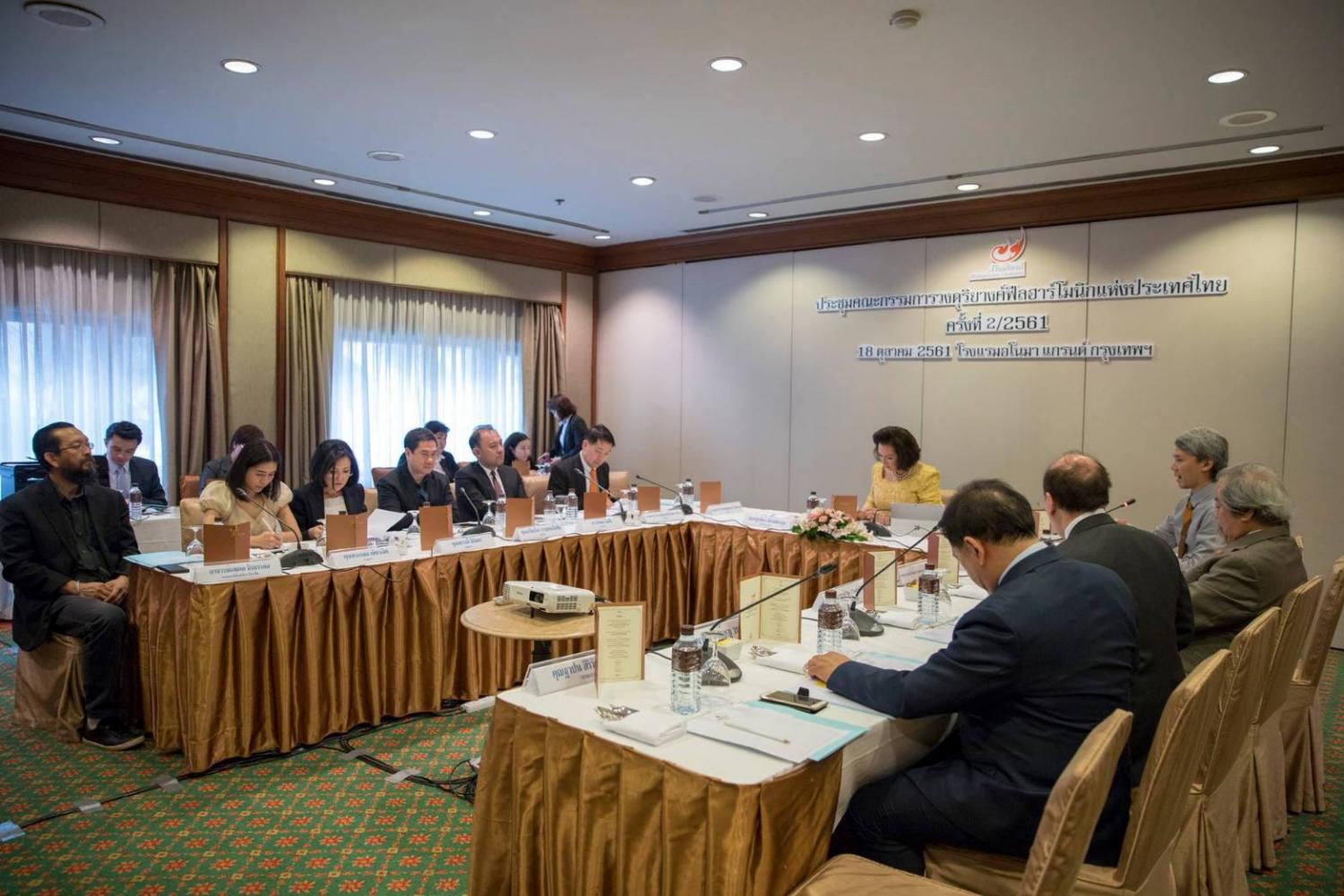 She also wished to thank Clinical Professor Emeritus Piyasakol Sakolsatayadorn, chairman of the Mahidol University Council, for his forward-thinking vision in developing the orchestra when he was then president of Mahidol University.

Mr Narong said he should also mention Sugree Charoensook, the former dean of the College of Music, for paving the way for his efforts in developing the college. He added the College of Music's administrative team would build on what has been done to gain further global recognition.

"I expect our college to make it into the top 25 in QS World University Rankings within three years. However, our bigger goal is to return community benefits and put our school to good use for our country. 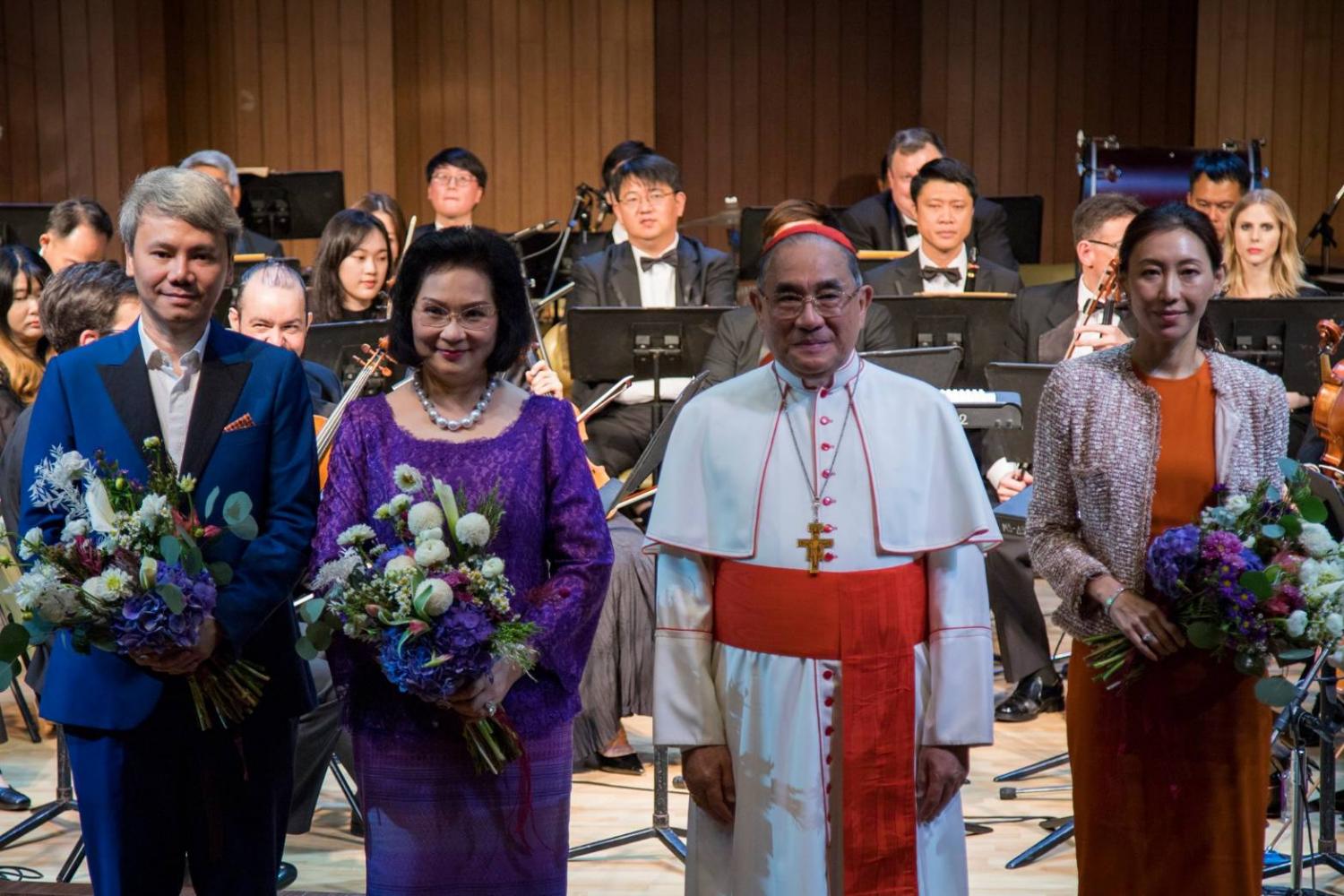 "We are focusing on social development as well as academic excellence. We hope our contributions will help Nakhon Pathom become a 'province of music' approved by the United Nations Educational, Scientific and Cultural Organization [Unesco]," said Mr Narong.

The College of Music, Mahidol University, better known in Thai as Wittayalai Duriyangkasilp is in Nakhon Pathom's Phuttha Monthon district.

Founded in 1994, the Mahidol College of Music quickly gained a reputation as Thailand's pre-eminent music school and the only comprehensive research institution for major areas of music study in Southeast Asia. 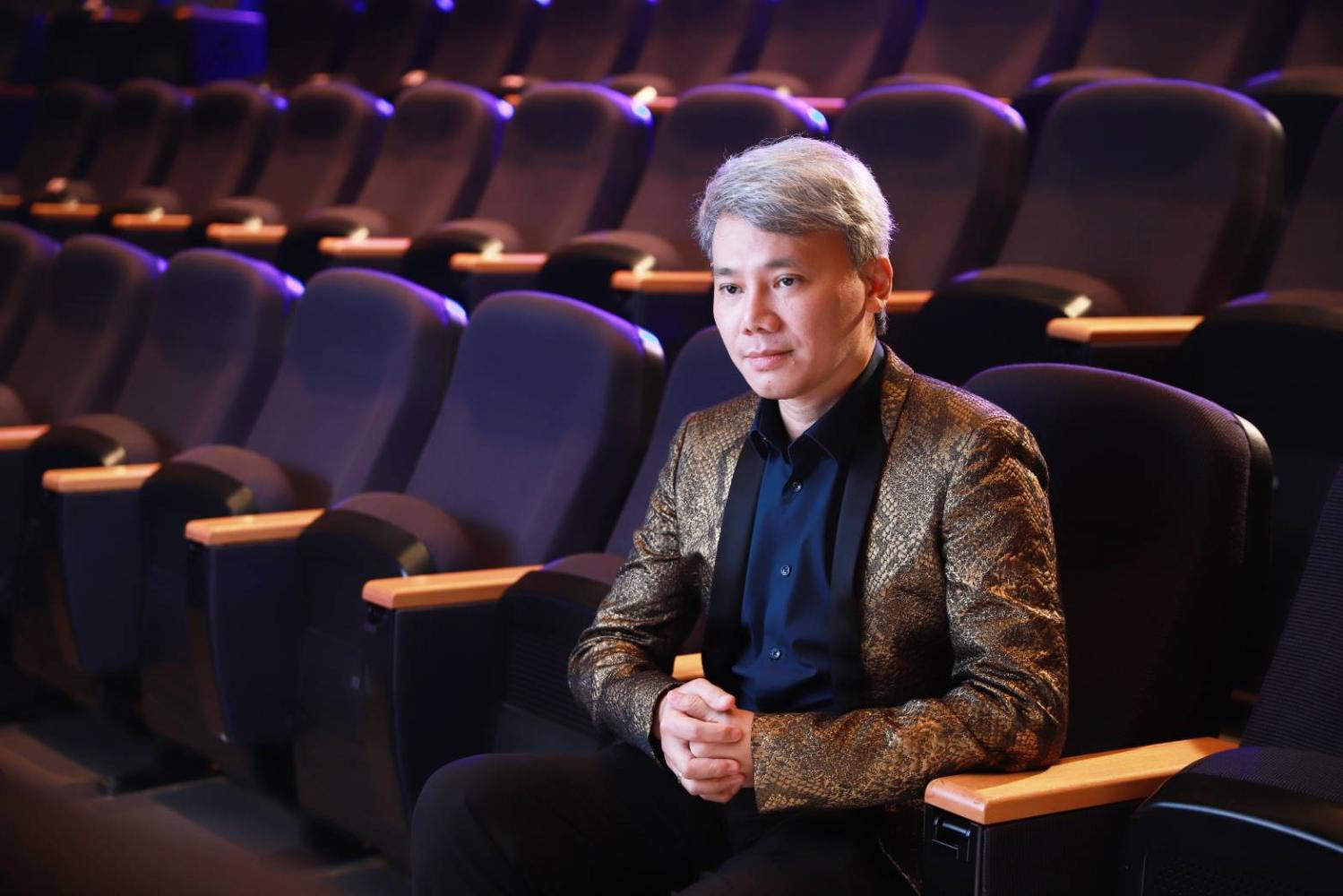