Elderly woman, who wandered off once before, not seen since May 9

A CCTV image shows German tourist Barbara Lange, 76, walking along a local road in Thalang district of Phuket on May 9. No one has seen her since.

PHUKET: Police and local authorities are searching for a 76-year-old German tourist who has been missing in Phuket since May 9.

Barbara Elisabeth Monika Glag Lange was staying at the Maikhao Palm Beach Resort and Spa in Thalang district. She has greying auburn hair and was last seen wearing a blue tank top, black trousers and lack shoes, with a coat on her arm and a sling bag. CCTV cameras captured an image of her walking on a local road at 8.48am on May 9. No one has seen her since.

Thalang police believe Ms Lange may have Alzheimer’s disease as she also disappeared from the hotel on May 5 but police found her and brought her back same day.

Anyone with knowledge of her whereabouts is asked to phone the Tourist Assistance Center (Phuket) on 076-327-100. 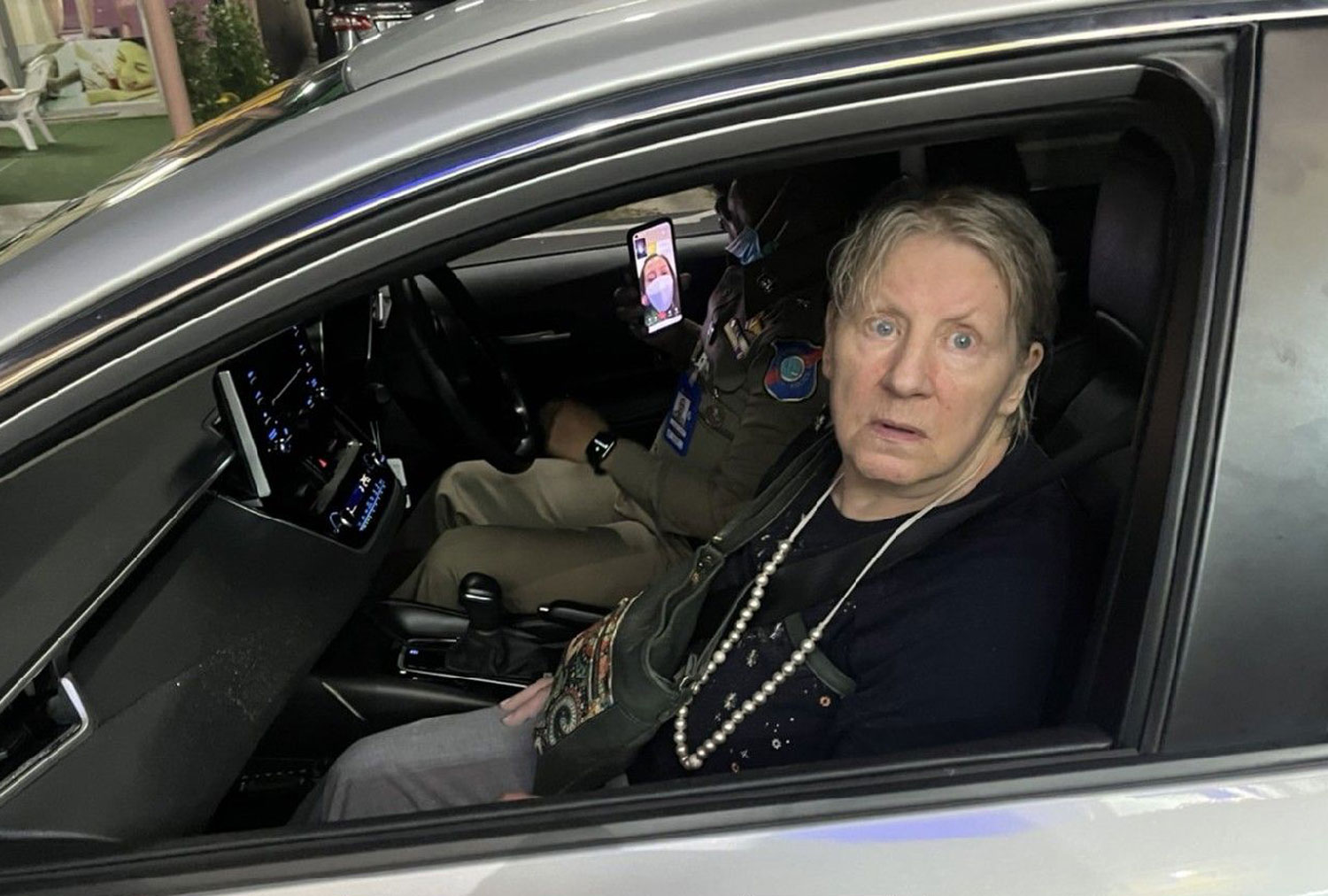 German tourist Barbara Lange looks out from a police car after being found on May 5 after disappearing from her hotel in Thalang district. She went missing again on May 9. (Photo: Achathaya Chuenniran)