A bus carrying some 30 workers catches fire in Kanchanaburi province on Monday. No casualties were reported. (Photos supplied)

The incident occurred about 7.20am on Highway 3209 in front of Ban Huai Rai School in tambon Phang Tru, Tha Muang district.

The bus was taking some 30 workers of Vita Food Ltd from tambon Saen To in Tha Maka district to a new factory in tambon Nong Tak Ya in Tha Muang. 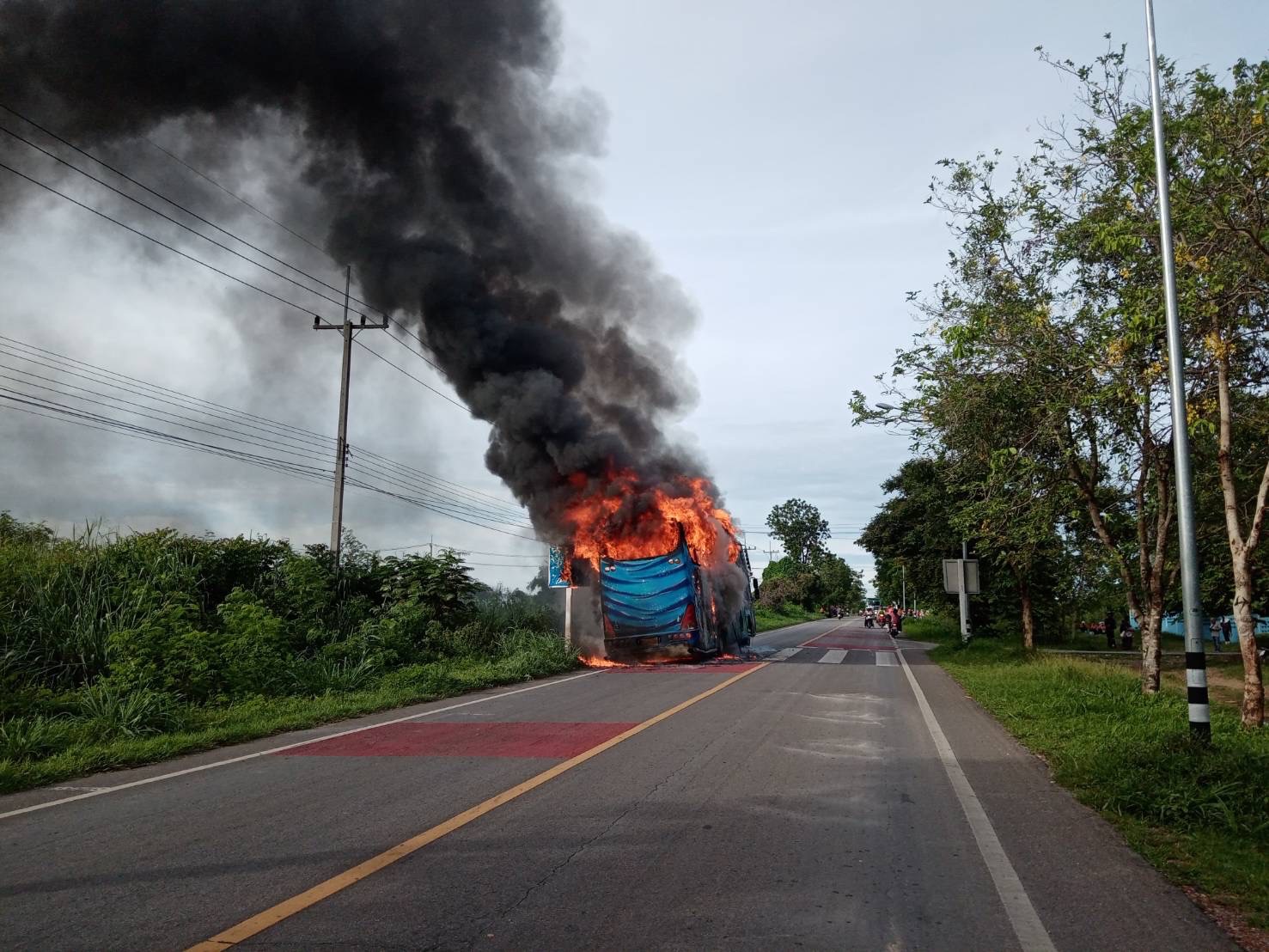 According to accounts given by the workers, the bus was passing the school when the engine broke down and caught fire, sending smoke out of the engine compartment.

With the fire spreading quickly and engulfing the bus, the driver stopped the vehicle on the roadside, allowing the workers to get off to safety.

Four fire engines from nearby local administrations were dispatched to the scene. The fire was brought under control in 20 minutes, but the bus was totally damaged.

An investigation was underway to establish the cause of the fire. 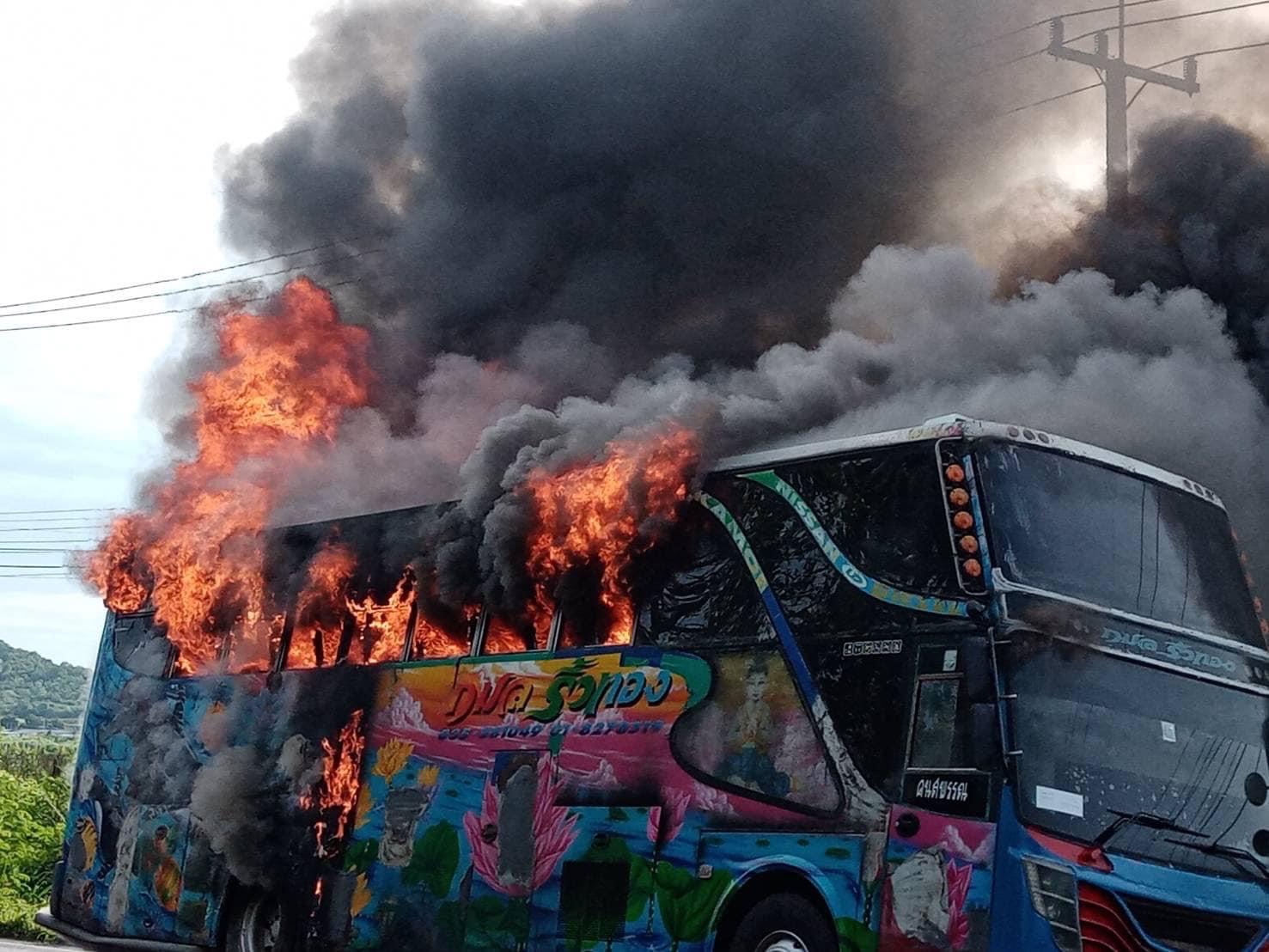