The government is planning to import fertilisers from Saudi Arabia to ensure an adequate supply during the peak planting season, amid shortages in the wake of the Russia-Ukraine conflict, according to the Ministry of Foreign Affairs (MFA).

Securing a deal on fertilisers was among the trade objectives of a Thai delegation led by Deputy Prime Minister and MFA minister Don Pramudwinai last week. The delegation met with Khalid Abdulaziz Al-Falih, Minister of Investment of the Kingdom of Saudi Arabia, in a bid to further restore economic relations.

It was the first time in 32 years Thai dignitaries had set foot in Saudi Arabia for formal talks. The visit is part of efforts to rebuild investment opportunities and forge joint ventures after the restoration of full diplomatic ties between the two countries was announced after Prime Minister Prayut Chan-o-cha's visit to Riyadh and meeting with His Royal Highness Crown Prince Mohammad bin Salman bin Abdulaziz of Saudi Arabia on Jan 25. 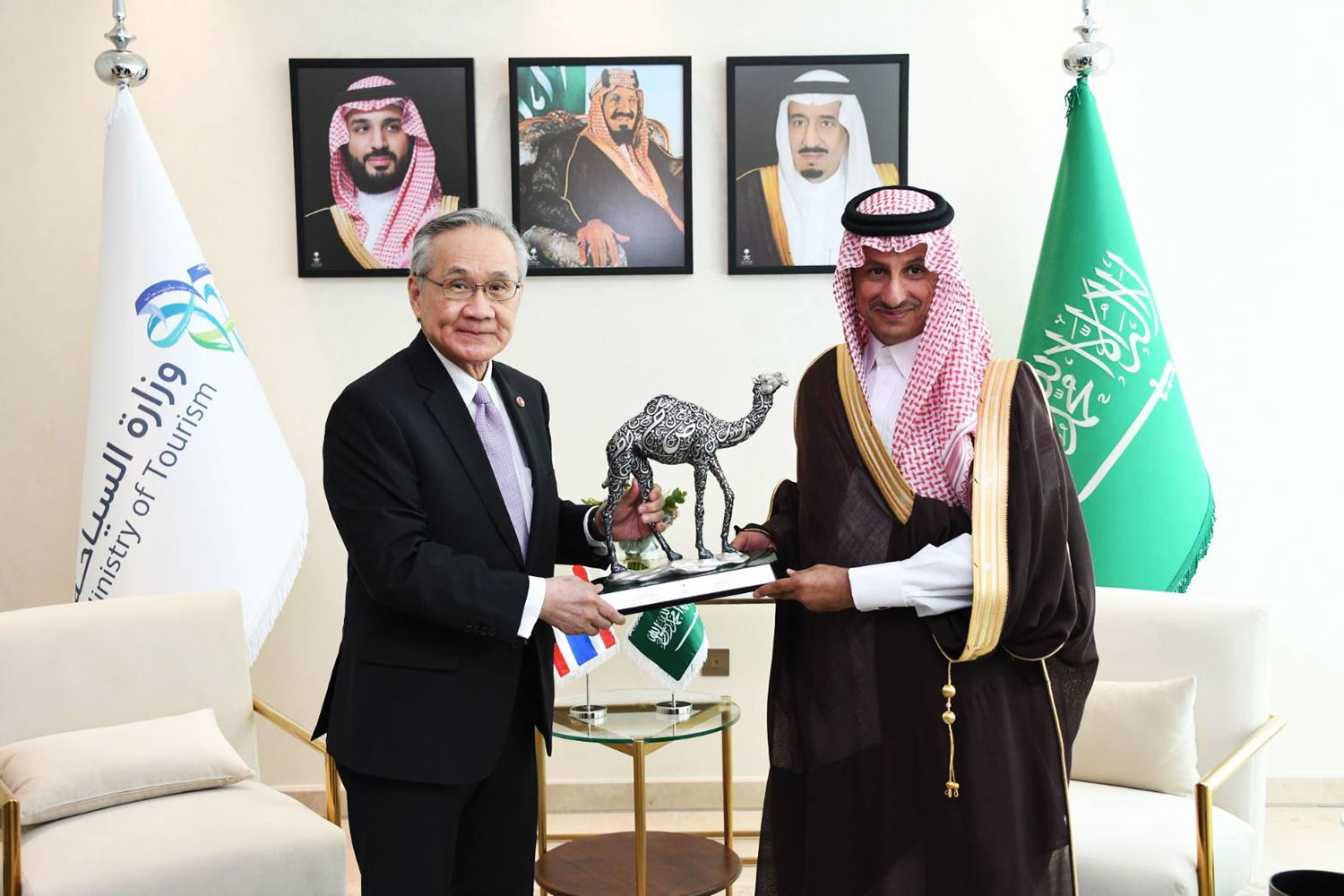 Tourism tie-up: Don Pramudwinai, Deputy Prime Minister and Minister of Foreign Affairs, left, poses for a photo with Ahmed bin Aqil al-Khateeb, Saudi Tourism Minister. They discussed the importance of tourism as a key sector of collaboration between the two countries. (Ministry of Foreign Affairs photo)

Tanee Sangrat, a spokesman for the MFA and director-general of its Department of Information, on Monday said Mr Don had made brokering the fertiliser deal a priority after shortages, partly a result of the Russia-Ukraine conflict, had emerged.

According to data from the Internal Trade Department, Thailand uses about 5 million tonnes of fertiliser a year, but the country is capable of producing only 8% of that total and so relies on imports from the Middle East, China, Canada and Russia, among others.

Mr Tanee said that Saudi Arabia's Investment Minister has now prioritised Thailand's request despite many countries having also contacted Saudi Arabia for supplies of the same products. The Saudi Arabian minister ordered officials, suppliers and distributors to meet Sanan Angubolkul, chairman of the Thai Chamber of Commerce, to work on details.

Mr Sanan said the chamber would lead business delegations from more than 40 Thai firms to meet 140 Saudi Arabian firms in a Saudi-Thailand Investment Forum on Tuesday. The forum hosted by the Investment Ministry of Saudi Arabia will allow private sectors from the two countries to increase cooperation and relations on trade, investment and tourism.

The visit came by order of the Crown Prince of Saudi Arabia as part of the ongoing effort to find opportunities to cooperate across all sectors, government spokesman Thanakorn Wangboonkongchana told media.

Saudi Arabia also intends to use Thailand as a key partner for investments, especially energy and gas, he said.