Park owner Nathapong Pathaveesathian, 47, said on Tuesday that staff at the park contacted him by walkie-talkie about 6.40pm, saying the inflatable children's pool had been damaged and water was pouring out through the leak.

He rushed to the pool and found parkgoers were still playing in the shin-deep water and nobody was hurt.

This happened only two days before the water park was to be permanently closed, scheduled for May 17.

Residents of homes adjacent to the park called him, saying their houses were being flooded. They thought the water was being intentionally discharged because the park was due to close on Tuesday, he said.

He posted an announcement on the water park's Facebook page, advising the public that it would instead be closed from May 16, one day earlier than planned.

He also posted a 36-second video showing the water level in the pool quickly receding and alarming some parkgoers. He apologised to customers for the inconvenience.

He said an examination found knife cuts to the rubber on one side of the pool. Some equipment at the park had also been found with knife cuts.

The park owner said he had filed a complaint with Samrong Nuea police, seeking an investigation into who caused the damage. 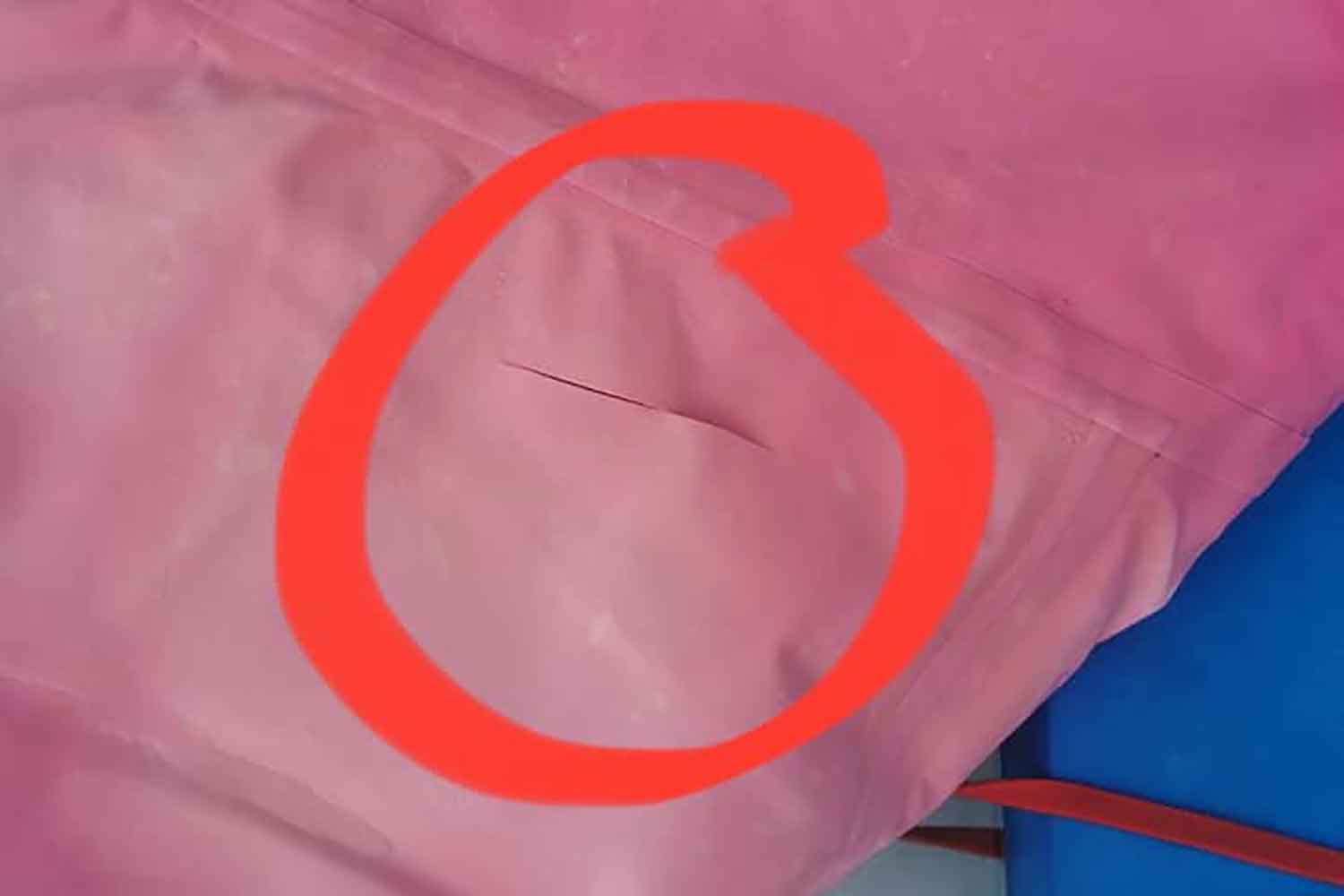 A picture posted on the water park's Facebook account showing cuts in the inflatable wall of the paddling pool.