Activist Srisuwan Janya, left, submits a petition to a National Anti-Corruption Commission seeking an investigation into the actions of two senior officials in Yasothon province for alleged negligence in allowing a raid by online influencer Mor Pla and his team on the monastery of renowned old monk Luang Pu Saeng Yanwarao. (Photo supplied)

The National Anti-Corruption Commission (NACC) has been asked to investigate two senior officials in Yasothon who allowed Jeeraphan Phetkhao, alias Mor Pla, and a crew of reporters to confront ailing renowned monk Luang Pu Saeng Yanwaro at his monastery.

The venerable 98-year-old monk was accused of harassing a woman in an apparently staged video.

Activist Srisuwan Janya on Tuesday filed a petition with the NACC against the Pa Tiu district chief and the director of the Yasothon Buddhism Office for alleged negligence of duty.

The move came after a video clip showing online influencer Jeerapha, alias Mor Pla (shaman Pla), and his team leading an army of reporters to Dong Sawang Tham monastery in Pa Tiu district of Yasothon on May 11. They were seen pointing accusing fingers at Luang Pu Saeng for allegedly harassing a woman by touching her body.

The team showed what seemed to be a staged video in accusing the monk, and drew a barrage of criticism from the monk's followers and the general public.

They slammed Mr Jeeraphan and his team for showing disrespect to Luang Pu Saeng, who had Alzheimer’s disease and was almost 100 years old, Mr Srisuwan said. 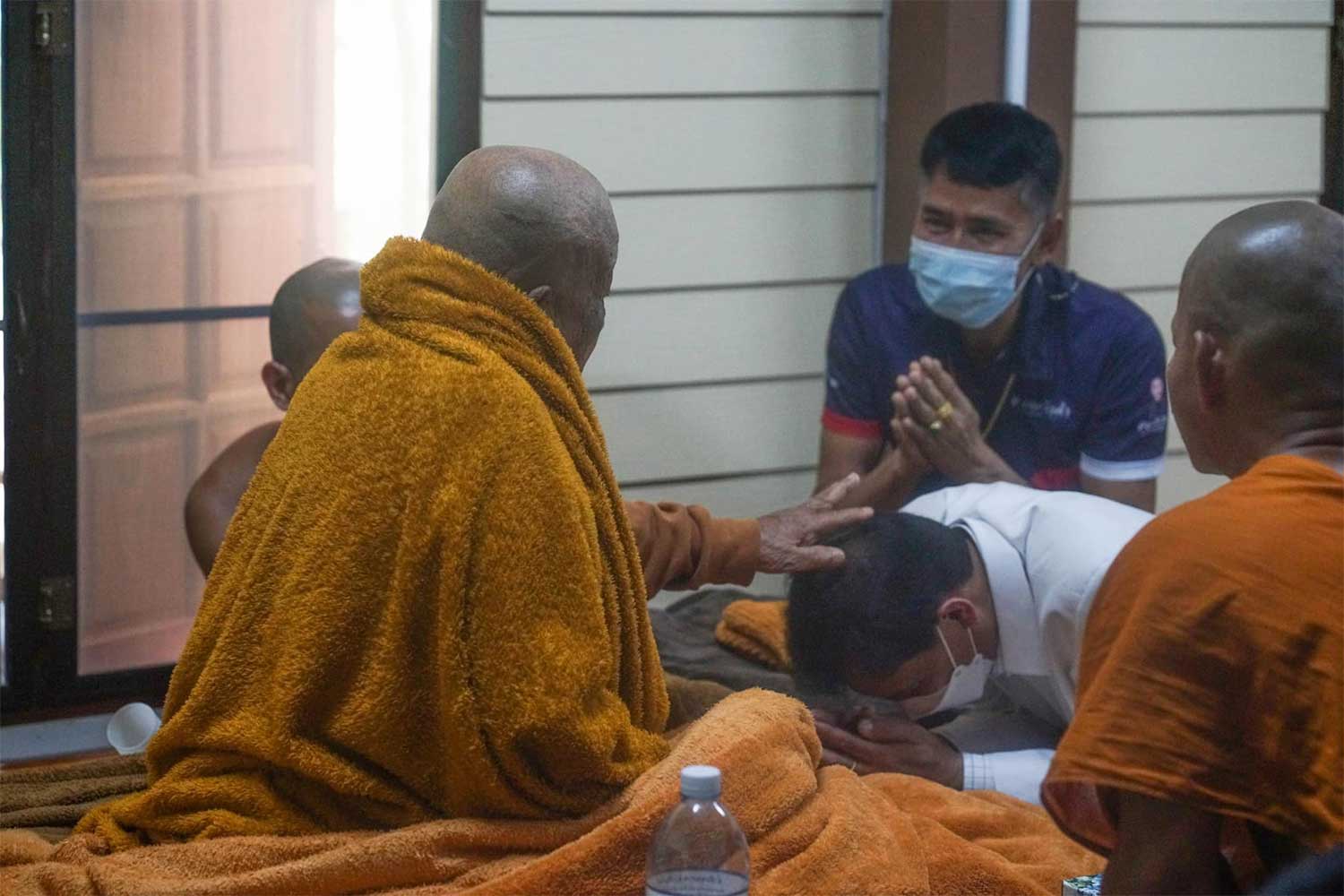 They apparently tried to force the senior monk to admit to what was shown in the staged video. Their actions were a violation of the Computer Crimes Act, Sections 209 and 210 of the Criminal Code for illegal assembly, and the Sangha Act, the activist said.

He asked the NACC to investigate the two senior officials for negligence of duty over the incident.

Also on Tuesday, Sonthiya Sawasdee, a former adviser to the committee on legal, justice and human rights affairs of the House of Representatives, filed a complaint with Crime Suppression Division police against Mr Jeeraphan and his team for allegedly forcing Luang Pu Saeng into admitting that he touched a woman, as shown in the staged video.

Mr Jeeraphan had admitted that he sent the woman to approach the senior monk, as shown in the video, said Mr Sonthiya.

Although Mr Jeeraphan and his team apologised to the senior monk over the incident, their action was damaging to Buddhism, said Mr Sonthiya, who asked the CSD to investigate the May 11 incident and take action against those involved. 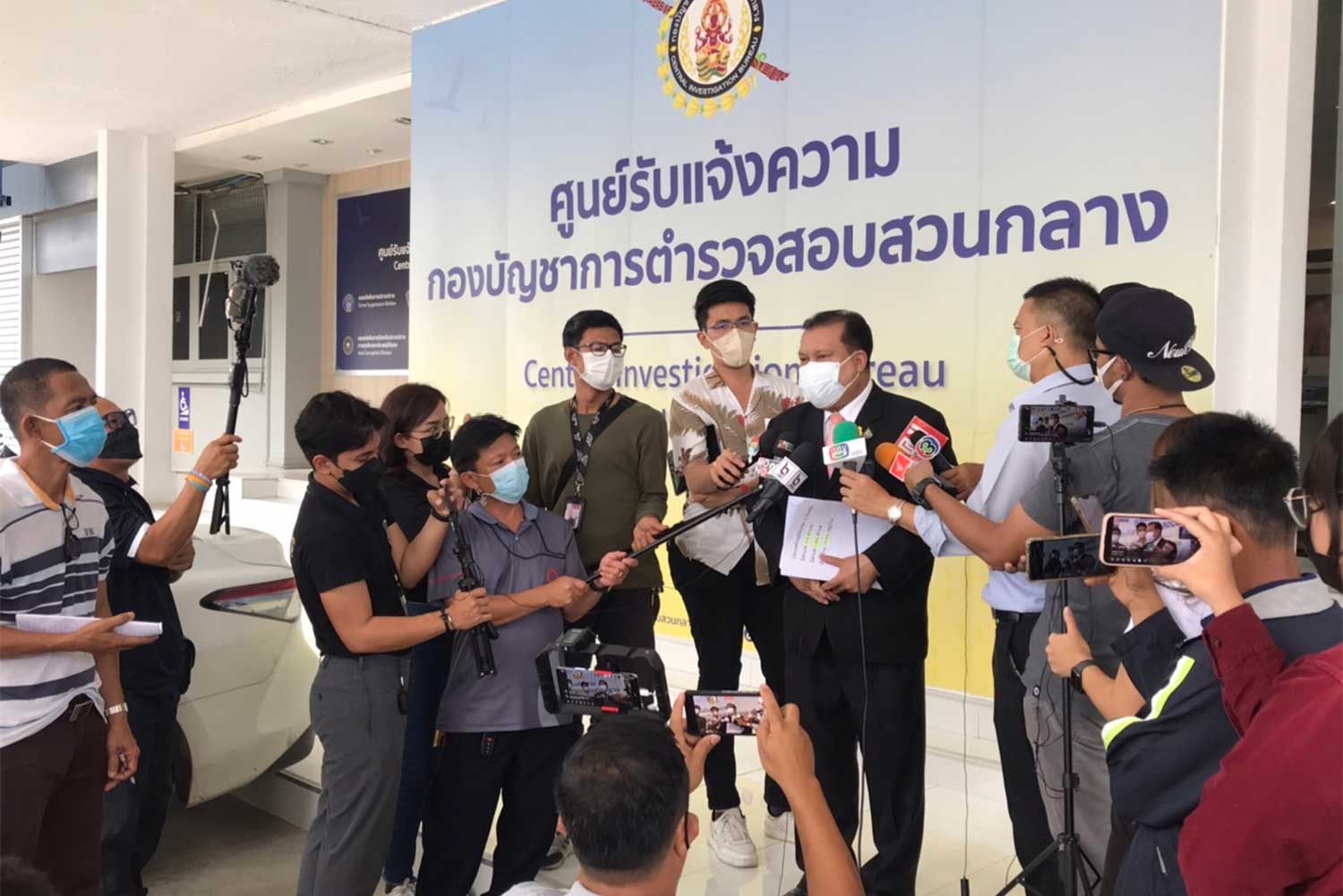 The woman who was seen in the staged video turned out to be a reporter from Workpoint TV. She has been sacked over the incident. She and Mor Pla's wife were also seen speaking aggressively to the old monk.

Mor Pla, a self-programed crusader, has made a name for himself by exposing alleged misconduct and sexual harassment involving monks.

Mr Jeeraphan later admitted that he had asked a reporter from Workpoint News to visit the monk with one of his lawyers and look for evidence of sexual harassment. His admission came after netizens pointed out that the woman in the video looked very much like the reporter.

On Friday, Mr Jeeraphan and his wife offered a public apology, claiming that they were given misinformation.

Initially, Workpoint News suspended the woman reporter for seven days, but later decided to fire her, as more information about the video, which is suspected to have been staged, was revealed.

Prime Minister Prayut Chan-o-cha on Tuesday ordered PM’s Office Minister Anucha Nakasai and the National Office of Buddhism to look into allegations being made against monks.

“It is most important that people should not try to damage monks. If a monk causes damage to himself, (people) can report it to authorities," Gen Prayut said. That would lead to an investigation, with the government body responsible for the clergy handling any cases involving monks, he added. 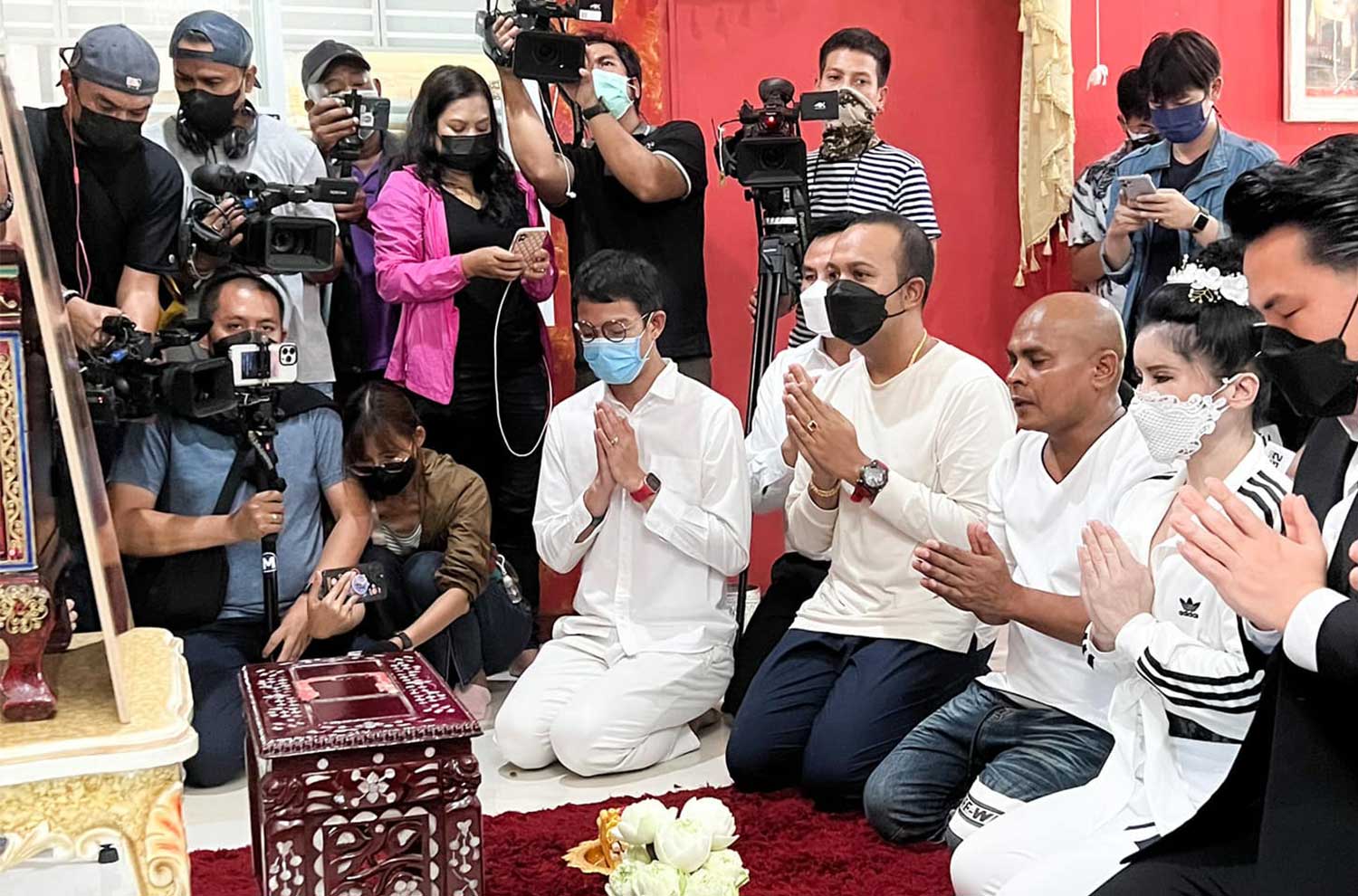 Mor Pla and his wife give an apology to Luang Pu Saeng at their house in Phetchaburi on Saturday. (Photo:Paivan Wannabut Facebook)

Tourism 'back to life'

A window to Europe