Traffic moves at a snail's pace on flooded Ratchadaphisek Road near its intersection with Lat Phrao Road in Chatuchak district of Bangkok on Wednesday morning. (Photo: Nutthawat Wicheanbut)

Some vehicles either stalled or were involved in traffic accidents while others avoided flooded lanes.

Traffic was also extremely slow on the inbound expressway heading for Rama IX Bridge and on Ramkhamhaeng Road including its section at Lam Salee intersection.

Sattriwitthaya 2 School in Bangkok's Lat Phrao district was closed on Wednesday due to flooding of its grounds and in its vicinity. 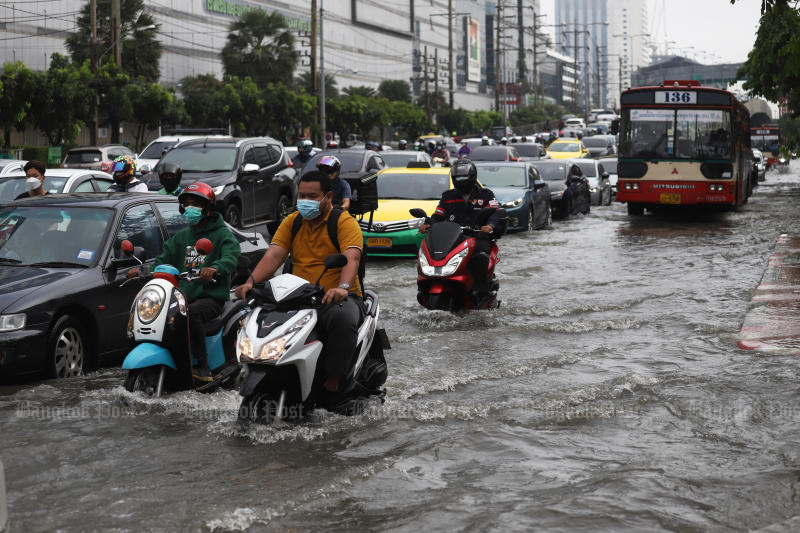 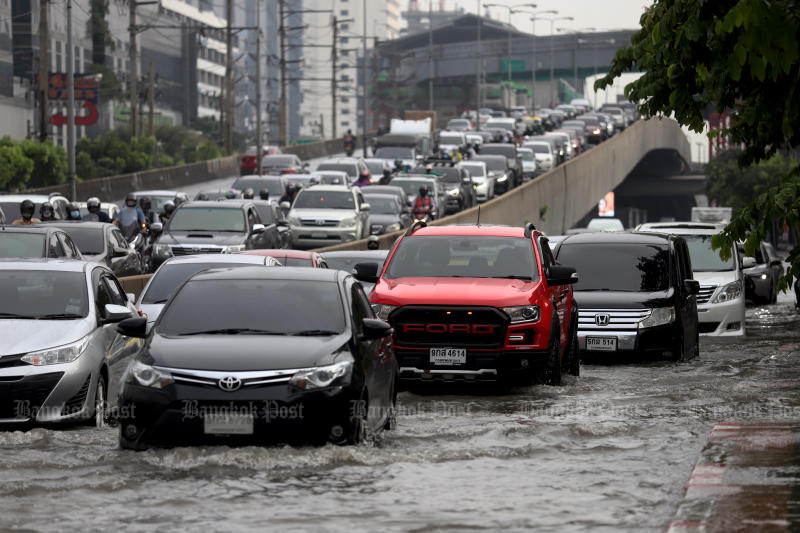 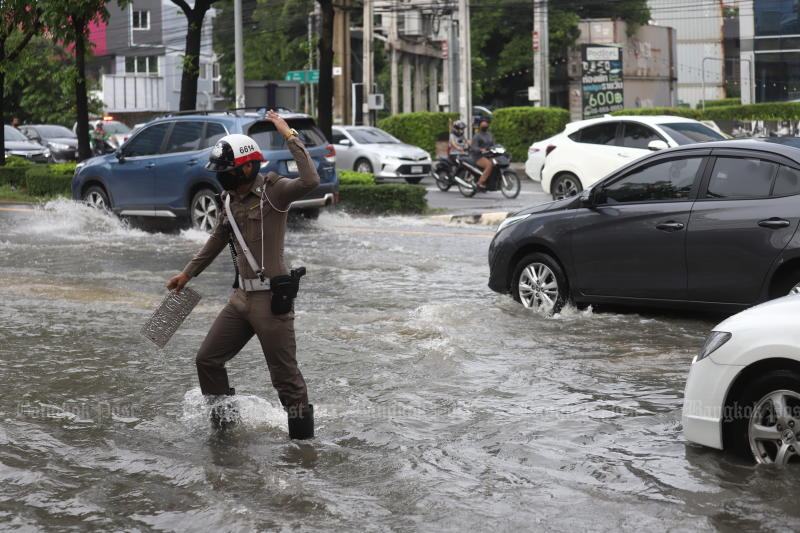 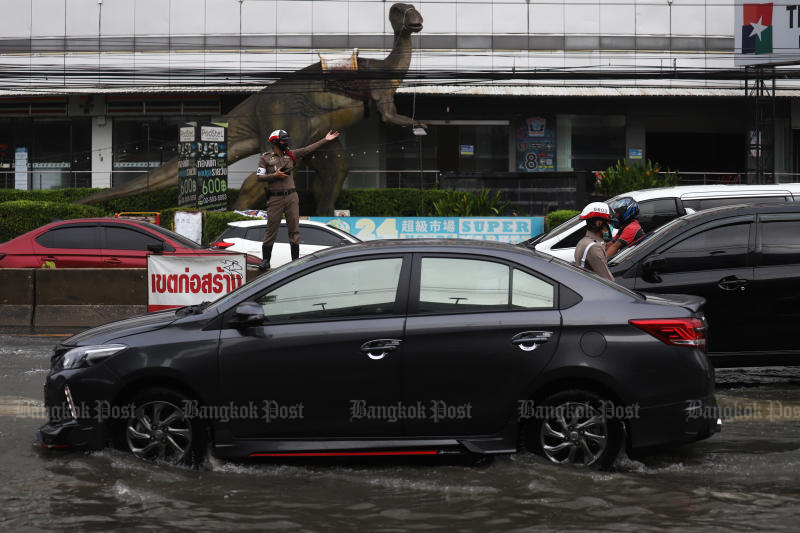 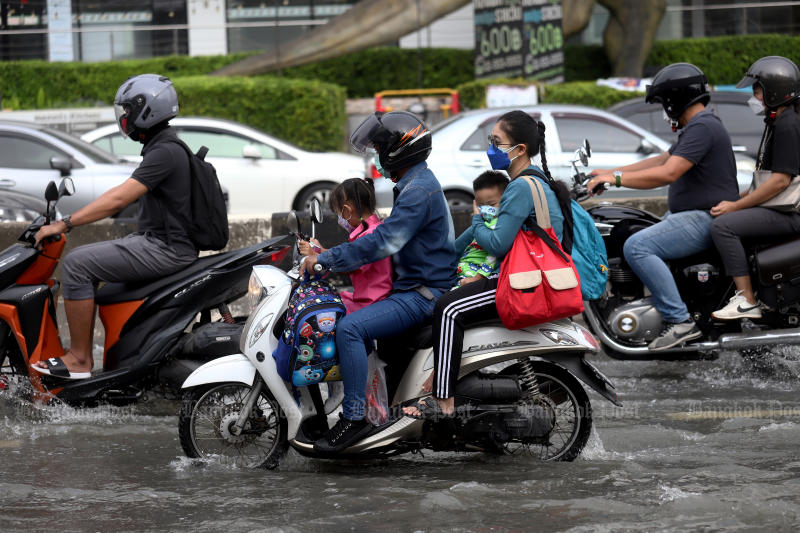 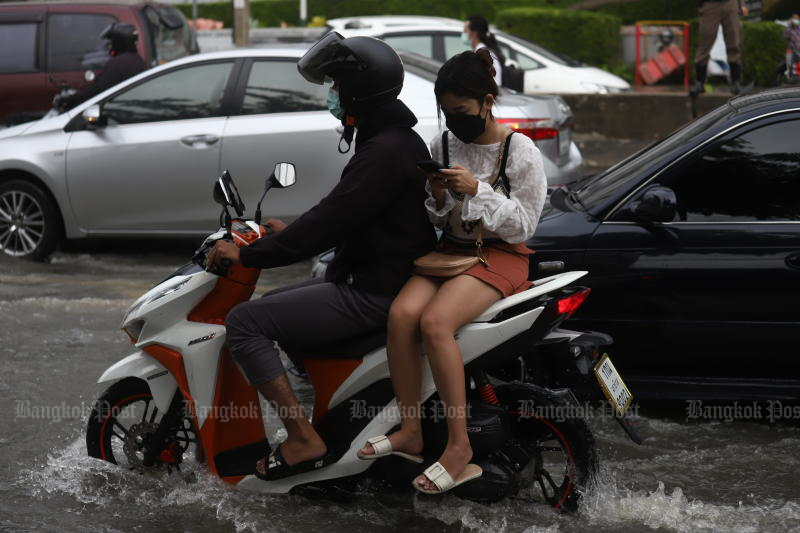 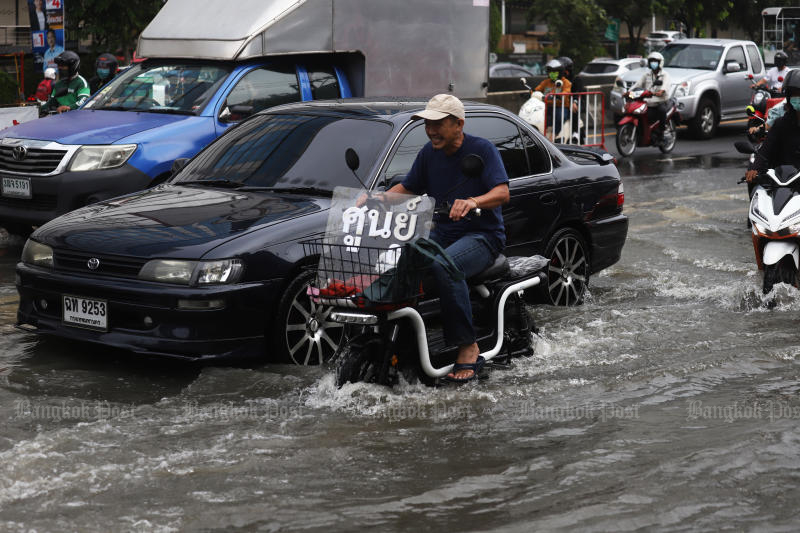 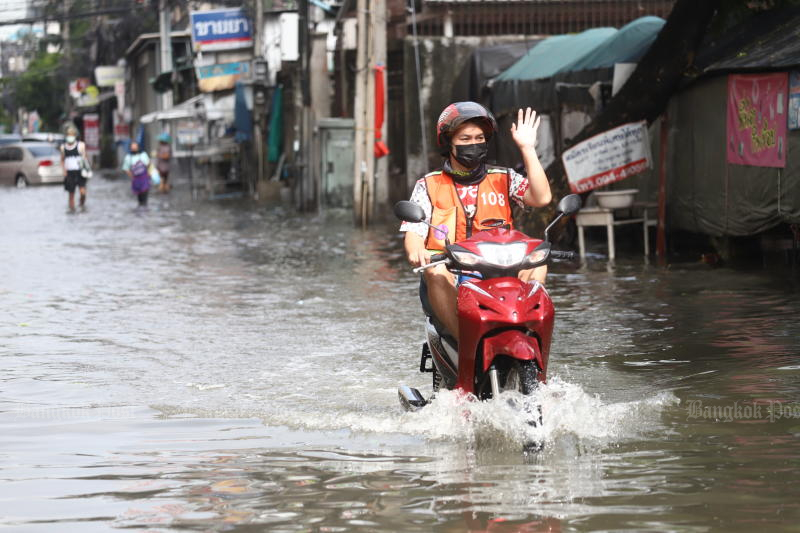 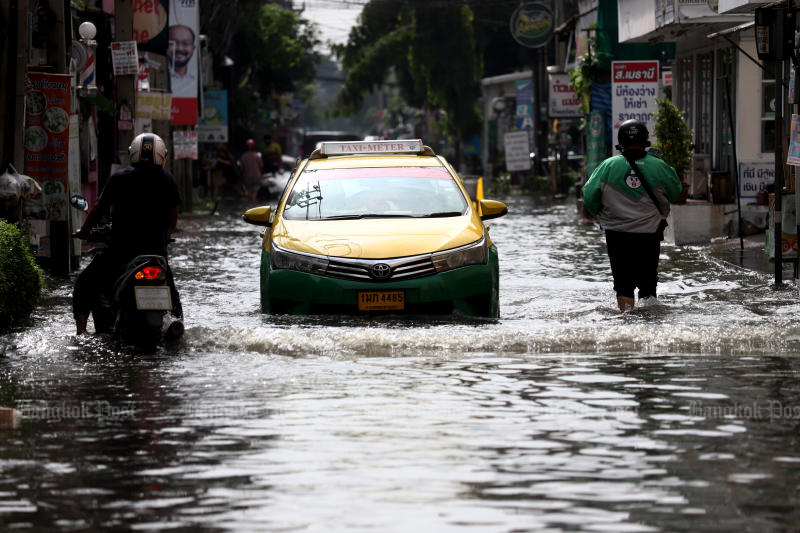 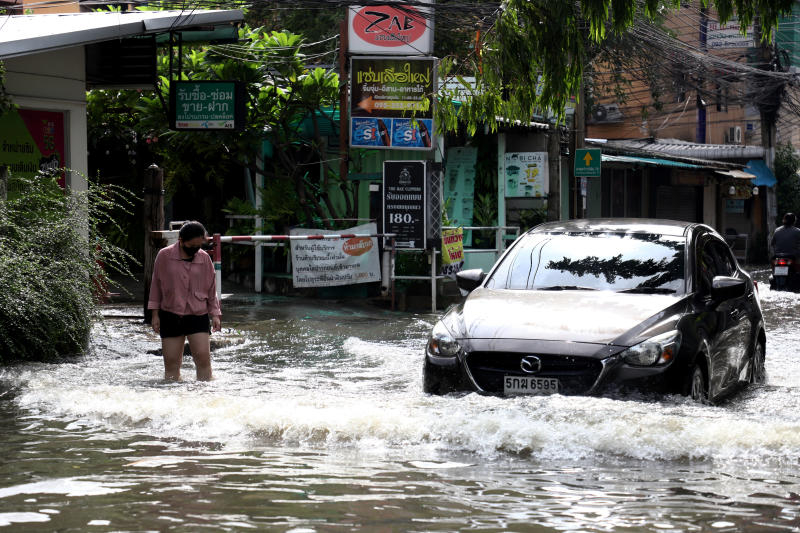 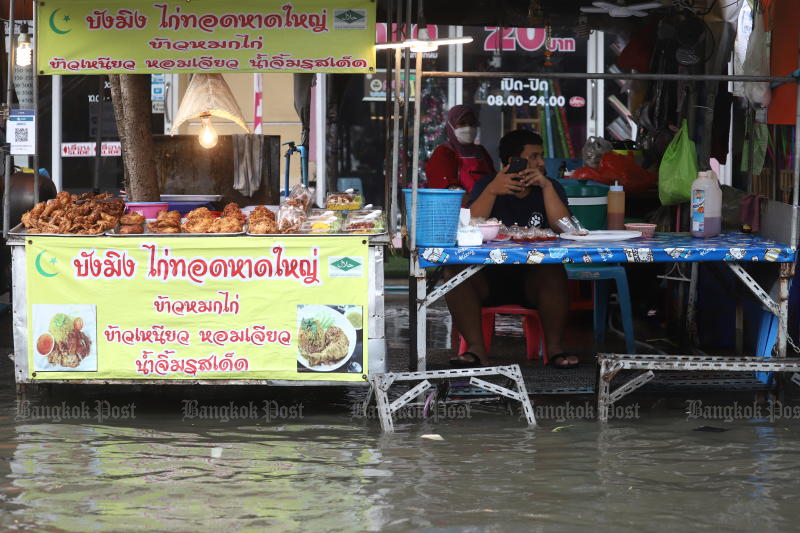 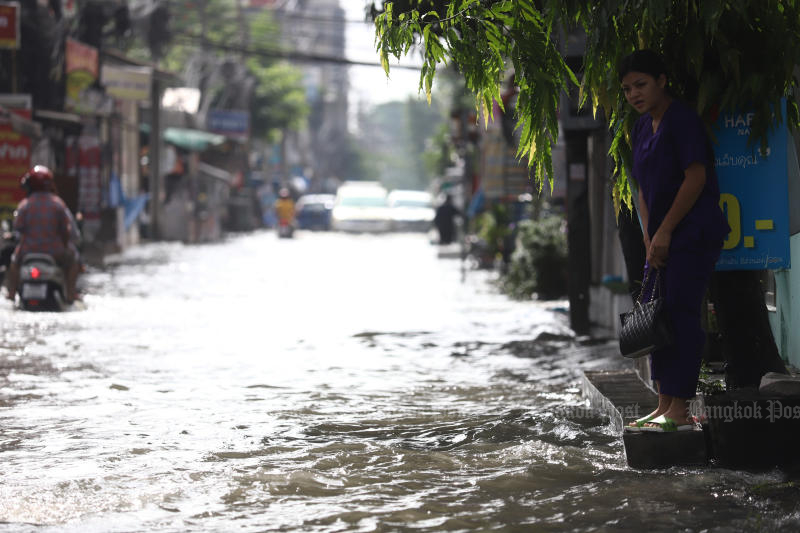 Vehicles slowly navigate while commuters wade through floodwaters on Ratchadaphisek Road and sections of Lat Phrao Road in Bangkok during rush hour Wednesday morning. (Photos: Nutthawat Wicheanbut)
Do you like the content of this article?
COMMENT (28)
MORE IN SECTION