A fun-filled event was organised for Ukrainians staying at The Kala Samui Hotel during the Songkran Festival, on Koh Samui. (Photo: Supapong Chaolan)

SURAT THANI: Seventy Ukrainians, mostly women and children, who fled from their war-torn homeland have found peace and safety since arriving on Koh Samui.

Supachai Pongchabapnapa, owner of The Kala Samui Hotel in tambon Maret, said he opened all of the hotel's 38 rooms to the Ukrainians, who had gradually arrived on the island since the Russian invasion of Ukraine on Feb 24.

Mr Supachai said since the hotel had been closed by the Covid-19 situation, he felt it would be better to open it to the Ukrainians for humanitarian reasons, rather than leaving it closed.

He is charging them each 200 baht per night.

For about two months, 70 Ukrainians, mainly women and children, have occupied the 38 rooms, from where some of them work online. There are no other guests at the hotel.

Mr Supachai said he did not think about making a profit from them. The money they paid was barely enough to pay the hotel staff wages.

"It's better than nothing. When the (Russia-Ukraine) conflict ends, they can return to their country and resume normal life. I only hope they will have a good impression of Thailand, the Thai people and the people of Koh Samui. Maybe in the future they can return as full-scale tourists.

"About 90% of the Ukrainians staying here had never been to Thailand before. This is their first time. They hope they will be able to go home in about five months. But I think it could be as long as seven months," he said.

Mr Supachai said the Ukrainians lead a simple life and do not ask for any help.

During the Songkran Festival an event was organised to make them feel comfortable, less homesick. They liked Thai food and fruits.

"Last week a Ukrainian woman aged 28 died from a cerebral aneurysm. We organised a funeral for her. Phra Kru Palad Wimolsirilak, the abbot of Wat Khongkharam, was invited to perform religious rites," he said.

A woman employee of the hotel said the Ukrainians have not caused any problems or had any quarrels. They went outside to buy things and cooked food for themselves, she said. 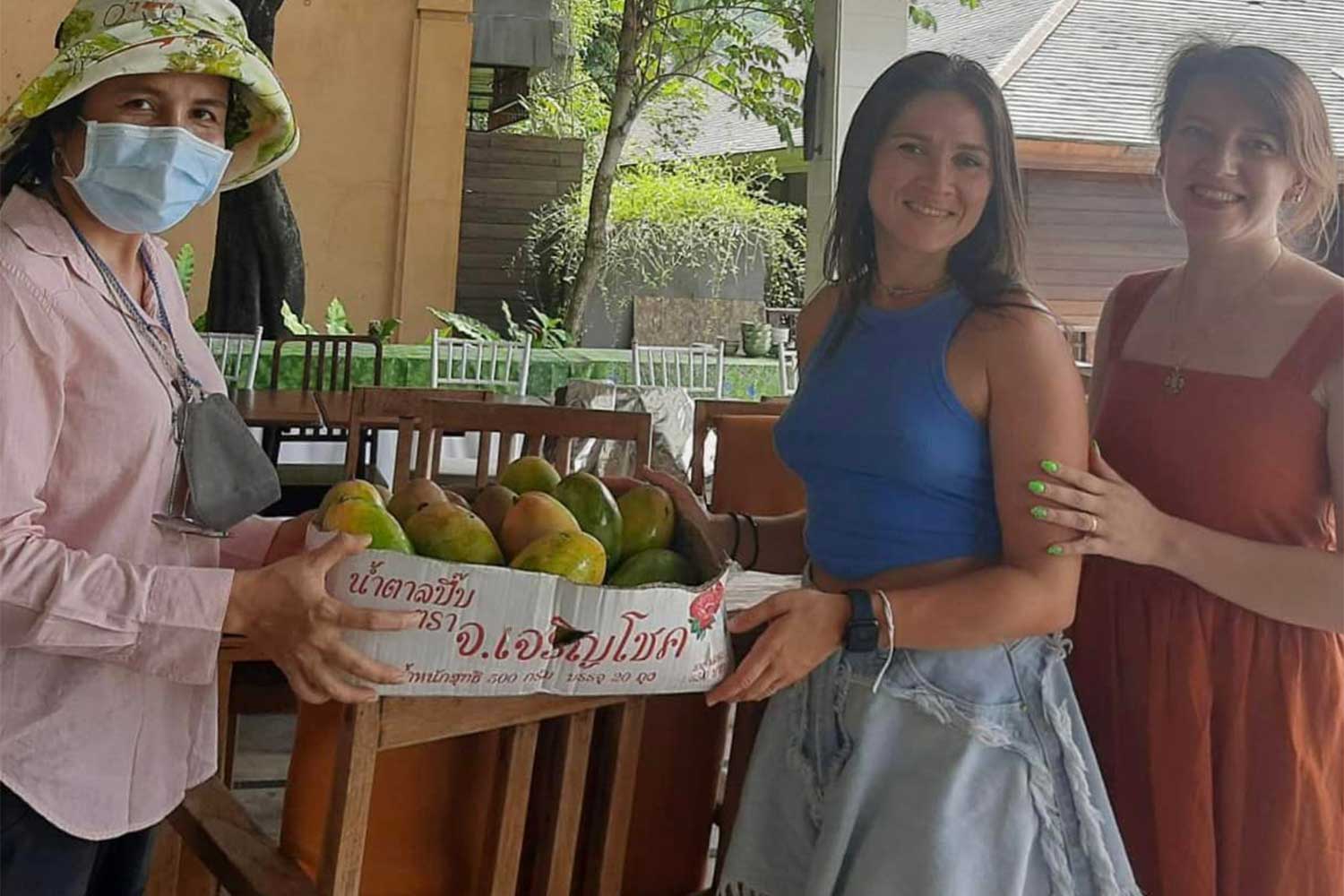 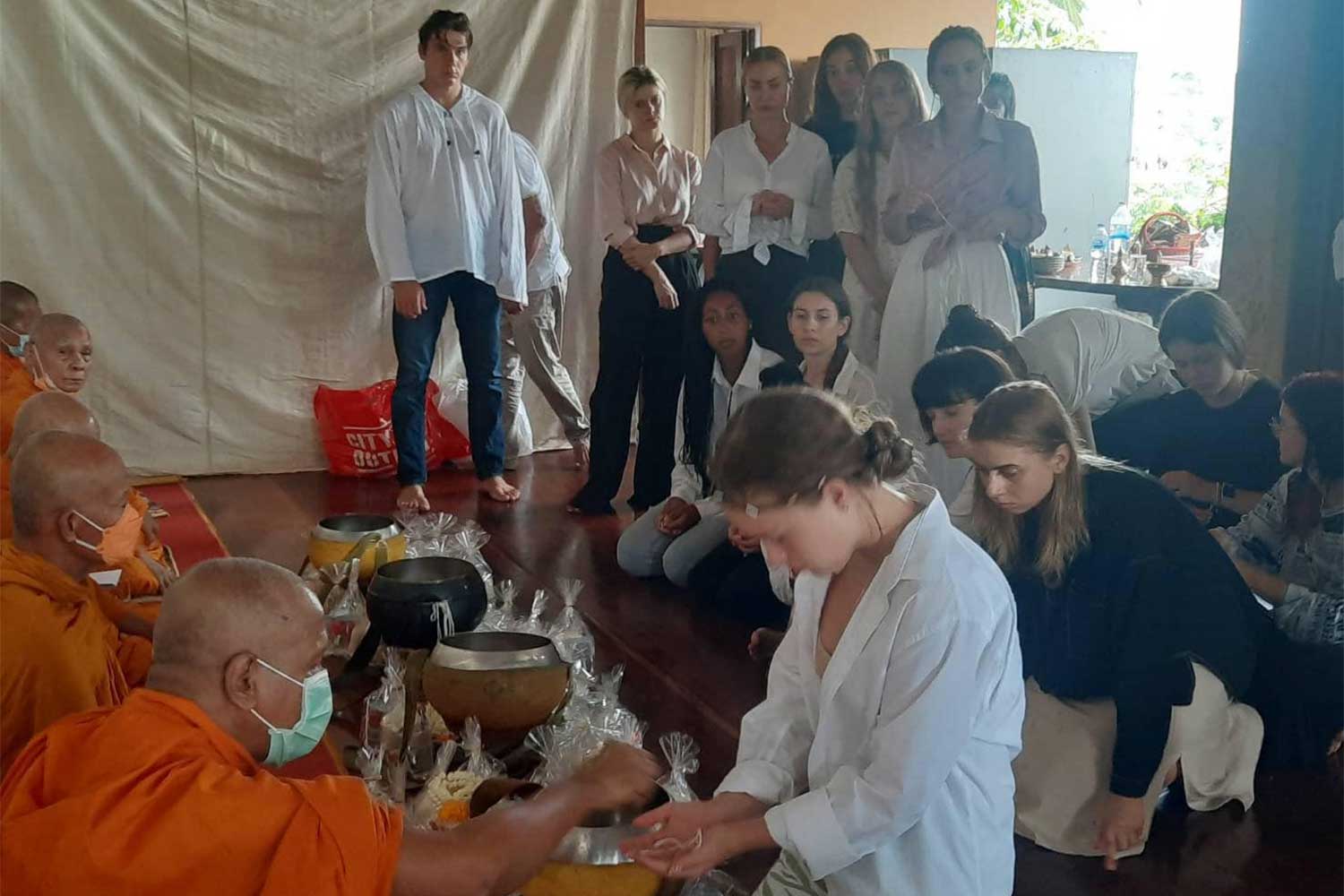 Ukranian visitors give offerings to Buddhist monks to make merit for their friend, who died from a cerebral aneurysm. (Photo: Supapong Chaolan)