Three members of the Bad Student movement hold placards calling for education reform and free hairstyles outside the office of the Narcotics Control Board on Wednesday. (Photo: Wichan Charoenkiatpakul)

The Education Ministry has left schools to make up their own minds about the hairstyles required for pupils, Education Minister Trinuch Thienthong said on Wednesday, as a network of liberal students renews a campaign to end a uniformly short haircut.

Ms Trinuch said each school had been given the freedom to come up with the hairstyle measure deemed suitable for students.

The ministry did not impose a specific hairstyle for students and instead gave all schools flexibility on the issue by settling on an appropriate style with parents and students, she added.

Ms Trinuch said schools had been ordered not to use harsh punishment on students who violated the hairstyle agreement. The ministry's main focus was on learning and building discipline, she added.

The minister made its position clear as the so-called Bad Student movement continued to urge the government to end the regulation. Their members posted the #freehairstyles banner outside several schools on Monday on the eve of the new term.

The group has rallied for the lifting of the regulation previously, and renewed its campaign as students started returning to classes on Tuesday, when the ministry restored in-person learning.

On Wednesday, three students demonstrated outside the Office of the Narcotics Control Board (ONCB), bearing placards calling for free hairstyles and education reform addressed to Prime Minister Prayut Chan-o-cha, who arrived there to inspect the operations of the ONCB. 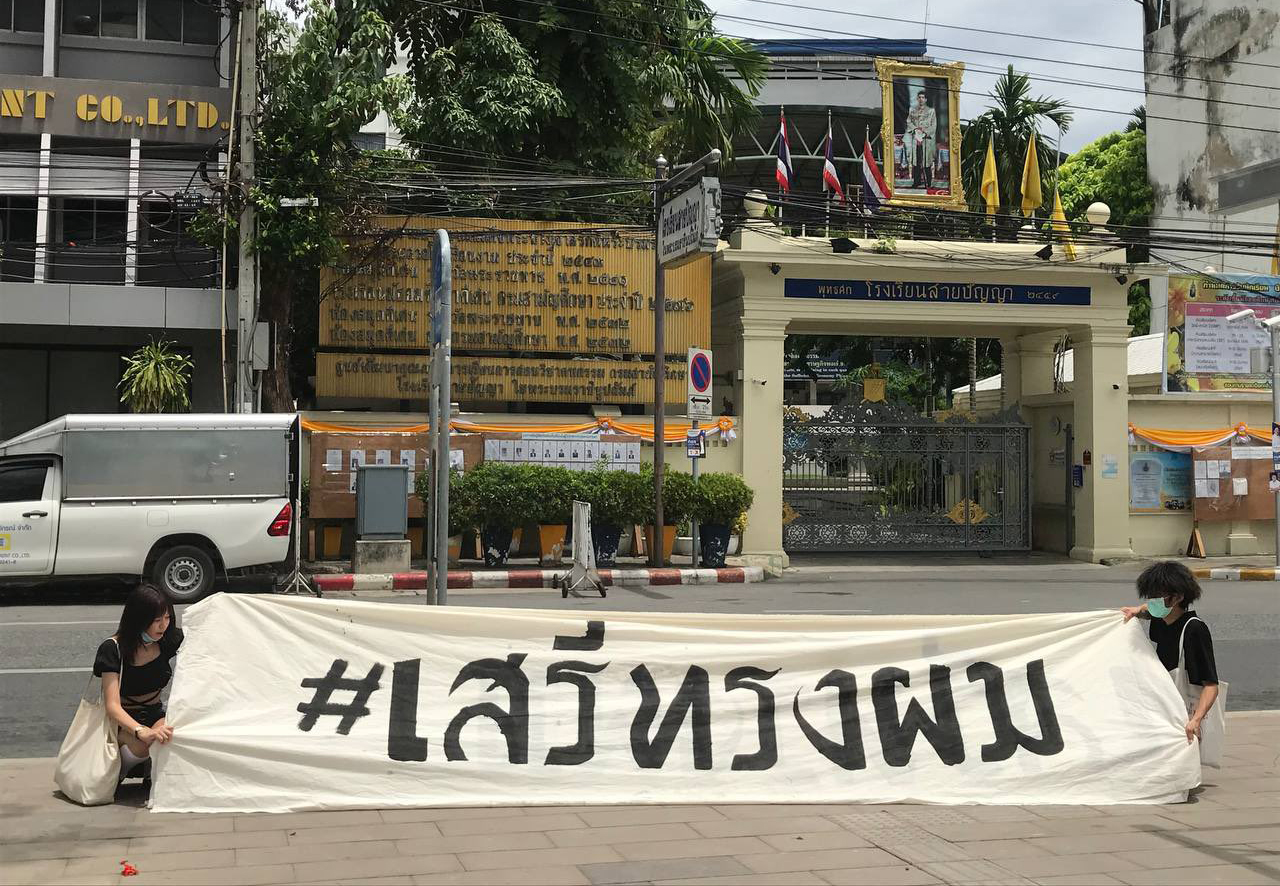 The ministry lifted regulations governing student hairstyles for both boys and girls in 2020 but still left room for teachers to interpret them as they wished.

According to the current ministry regulation, student hairstyles must be appropriate as deemed by school directors.

The Bad Student group has argued that some schools were ignoring the regulation and still forced students to keep very short haircuts.

Its illustration posted on the @BadStudent_ Twitter account on Wednesday read: "Cutting hair is equal to cutting the learning process."

Early this month, a toiletries manufacturer also launched a campaign against forced haircuts that became popular on social media.

Amporn Pinasa, the secretary-general of the Basic Education Commission, on Wednesday echoed the minister's stance, saying the responsibility for the hairstyle issue rested with schools.

Schools did not need more directions from the ministry, Ms Amporn said.