The illegal Myanmar migrants and their five Thai drivers were taken to Sungai Kolok police station in Narathiwat for legal proceeding. (Photo supplied)

Five Thais working for a gang of smugglers and 75 illegal Myanmar migrants were arrested in Sungai Kolok district, Narathiwat, in the early hours of Thursday.

Crime Suppression Division police manning a checkpoint at Nam Tok in tambon Sungai Kolok spotted three pickup trucks travelling at speed along the route. The team had been deployed following a tip-off about illegal migrants being smuggled into the Sungai Kolok area.

They coordinated with local police and the vehicles were intercepted in front of Wat Khwanpracha in tambon Sungai Kolok around 1am on Thursday, Pol Col Phongpanot Chukaew, superintendent of CSD sub-division 6, said.

On the first vehicle, a white Isuzu with Narathwiat licence plates, they found 27 illegal Myanmar migrants  sitting in the truck bed under a covering of plastic. There were also two Thai men, driver Mahamasuhaidee Salae, 38, and his companion Nurading Al, 33, said Pol Col Phongpanot.

The third pickup, a white Nissan with Pattani plates, was carrying 25 Myanmar nationals. along with Thai driver Burahannuddin Sama, 36.

All were held for questioning. (continues below) 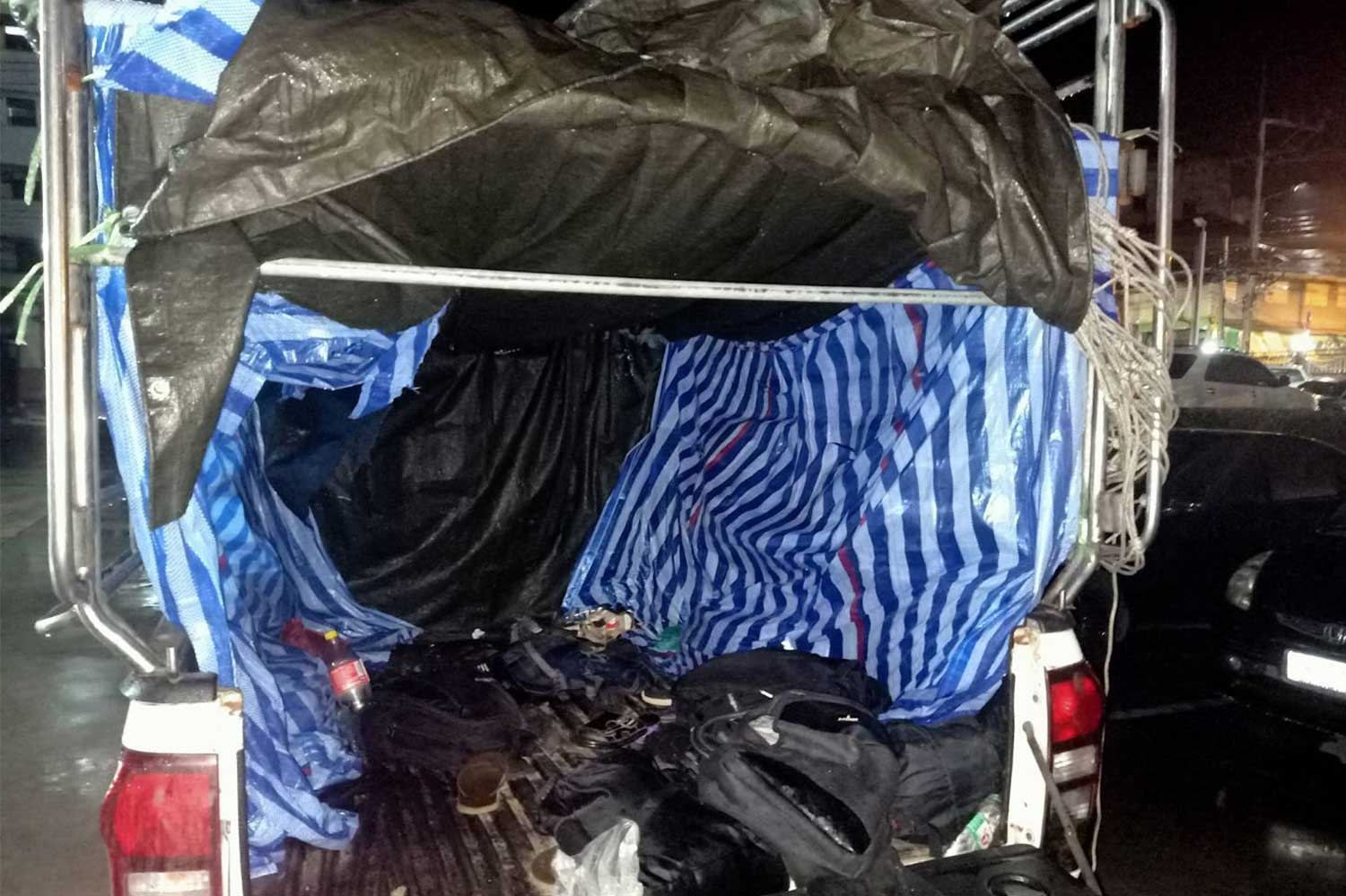 Illegal migrants were found hidden under this plastic covering on the back of the white pickup truck. (Photo supplied)

The five Thai men said they were hired by man who could not speak Thai clearly, offered 1,000 baht per head to transport their passengers from tambon Bang Klam in Songkhla’s Hat Yai district to  Waeng district in Narathiwat province, from where they would cross the border into Malaysia and get jobs.

The migrants said they had paid 20,000-40,0000 baht each to job brokers. They were heading for promised jobs in Malaysia.

All were taken to Sungai Kolok police station for legal processing.