Somchai Mitsarn, 54, right, is arrested at a hospital in Chawang district, Nakhon Si Thammarat, after almost a year on the run, for the murder of his wife in Trang province. (Photo supplied)

A man wanted for shooting dead his wife in front of their young daughter in Trang last July has been arrested at a hospital in Nakhon Si Thammarat.

Mr Somchai, 54, was wanted on an arrest warrant issued by the Trang provincial court on July 21, 2021 for murder and illegal possession of a weapon and ammunition and carrying a gun in a public area.

On July 19 last year, the suspect allegedly gunned down his wife Orn-uma Suratsak, 42, in front of their 9-year-old daughter. Her body was found in a pickup truck abandoned along a roadside in tambon Kalasae of Sikao district in Trang.

Shortly before her death, his wife and daughter had arrived to see him. They had a quarrel, sparked by jealousy, the CSD chief said.

The woman decided to go back home with their daughter. Mr Somchai ordered her not to leave. When she insisted he shot her dead, according to police.

After the shooting, he took his daughter to stay with a relative, before fleeing, Pol Maj Gen Montri said.

According to media reports, the shooting occurred at an oil palm plantation near the man's house. His wife lived in another district in Trang. Mr Somchai had earlier been arrested and sentenced to jail for two years on drug charges. During his imprisonment the woman had visited her ex-husband, the reports said.

The CSD chief said investigators learned recently that the suspect was receiving treatment for an illness at a hospital in Chawang district, Nakhon Si Thammarat, using another person’s name. Pol Col Phongpanot Chukaew, superintendent of CSD sub-division 6, led officers to arrest him.

Pol Maj Gen Motri said the suspect had a prior criminal record and was also wanted on another arrest warrant issued by Trang provincial court for illegal possession of weapons.

Mr Somchai was handed over to Sikao police for legal action. 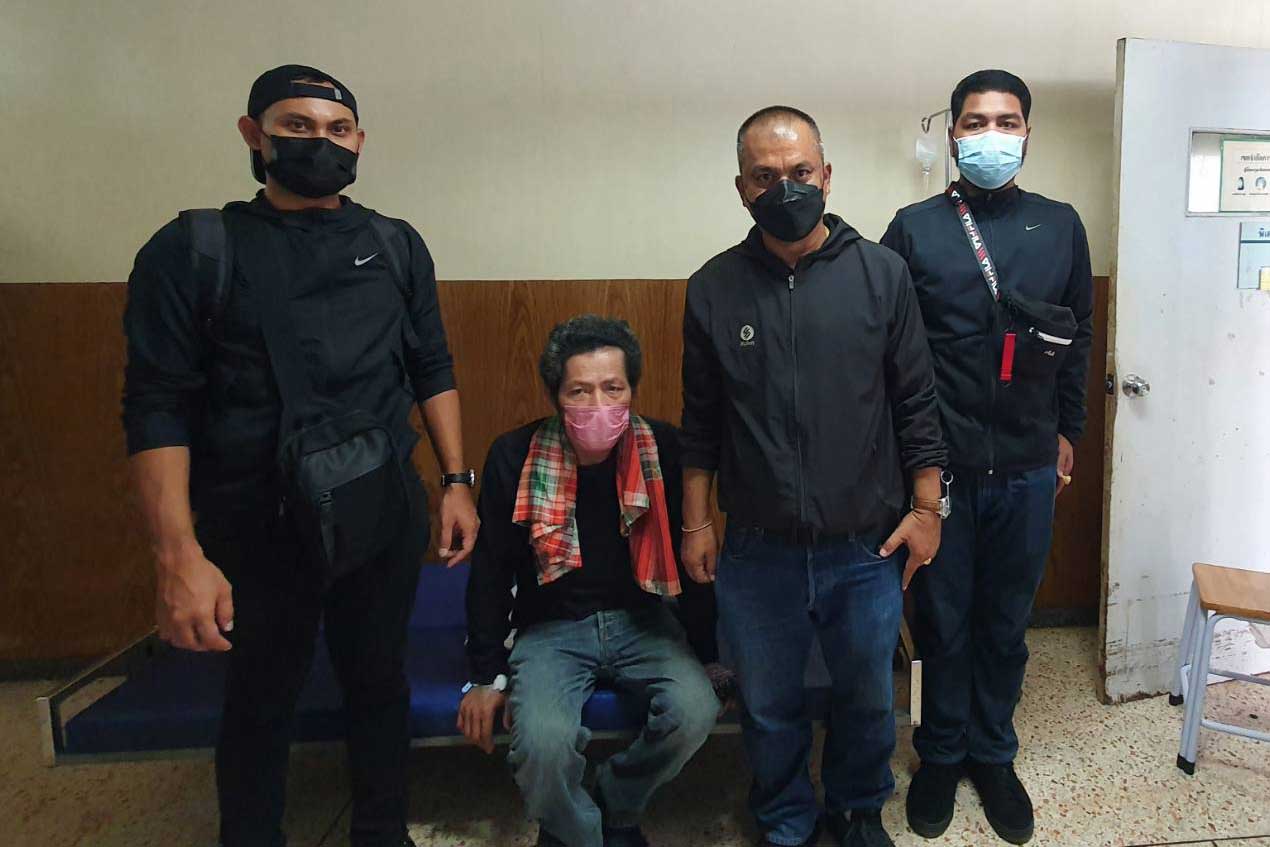 The 54-year-old murder suspect is flanked by Crime Suppression Division police after his arrest at a hospital in Nakhon Si Thammarat on May 19. (Photo supplied)