A family of five finally fled this house, going to stay with a relative, after baby cobras began emerging from a nest beneath the floor, in Hat Yai district, Songkhla. (Photo: Assawin Pakkawan)

SONGKHLA: An army of baby cobras invaded a house at a village in Hat Yai district, forcing the family of five to seek refuge at a relative’s home.

Eraman Mama, 43, of Ban Muang Khai in tambon Chalung, said the first baby snake was spotted emerging from a hole in the cement floor at his rented one-storey house on May 21.

Over the  following days, more baby cobras just kept slithering out the hole.

These venomous snakes were found curled up in the children's school shoes, under pillows and blankets,  piles of clothes and in a wardrobe. The whole family was gripped with fear, he said.

Mr Erawan lives in the rented house with his wife and their three children, aged 4, 6, and 7 years.

On Tuesday, the family finally sought refuge at a relative’s house in the same village.

They believed there were still more baby snakes in a nest under the floor of the house.

After the family moved out, Mr Eraman said, he sprayed pesticide in all corners of the house. Another seven baby snakes emerged from their hideout on Tuesday. And that night, another one was found. That brought the total number of snakes to 14.

Mr Erawan said 10 newly moulted cobra skins were found around the house. His family had lived with  cobras for a month. Luckily, none had been bitten.

The owner of the house said he would renovate it, to ensure it did not become a regular cobra habitat.

Boonma Phinthong, 62, was the previous renter of the house. He said he found two wrist-sized cobras moulting near the house a month ago and beat them to death. He  thought they were probably the parents of the army of baby cobras. 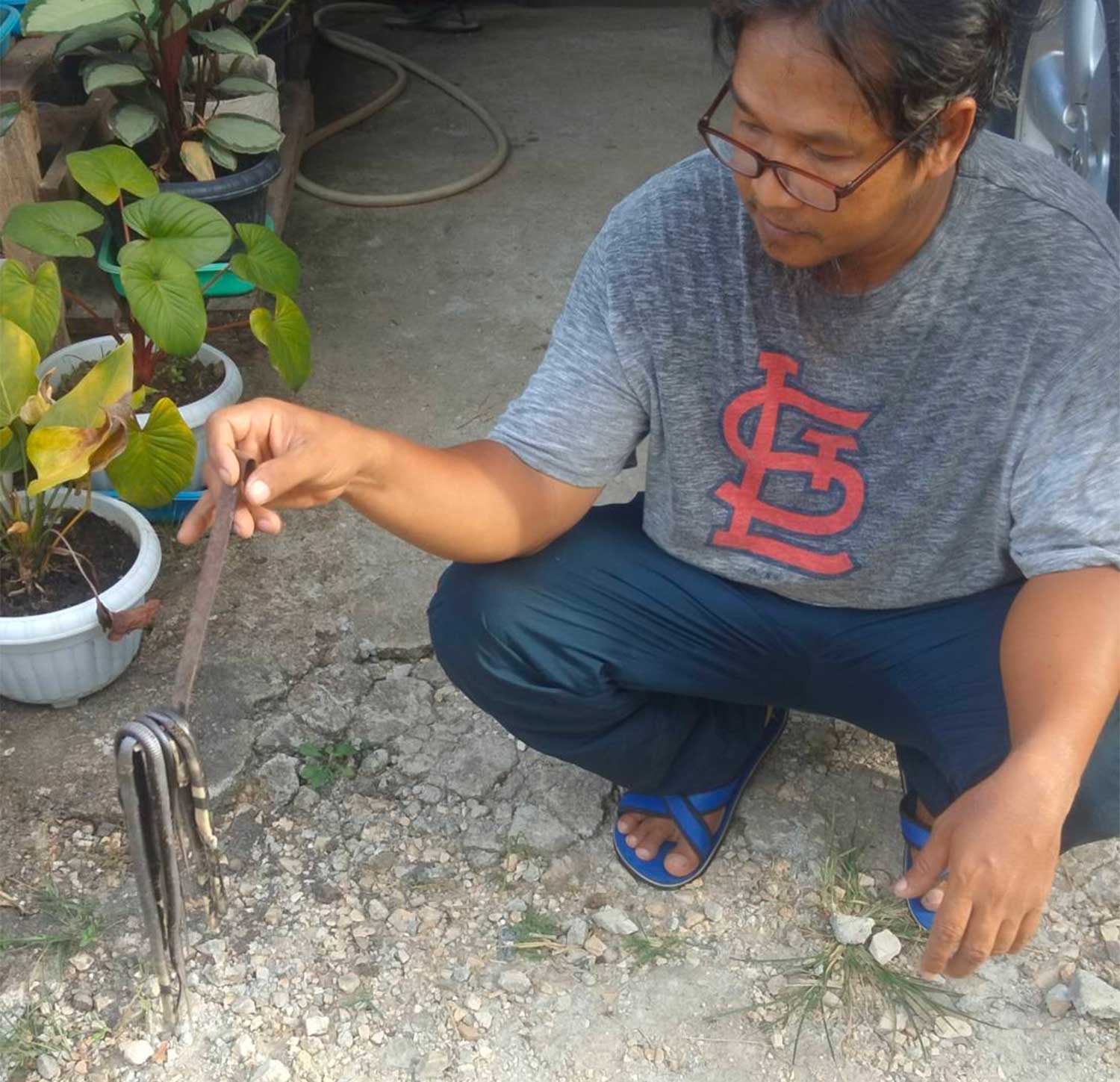 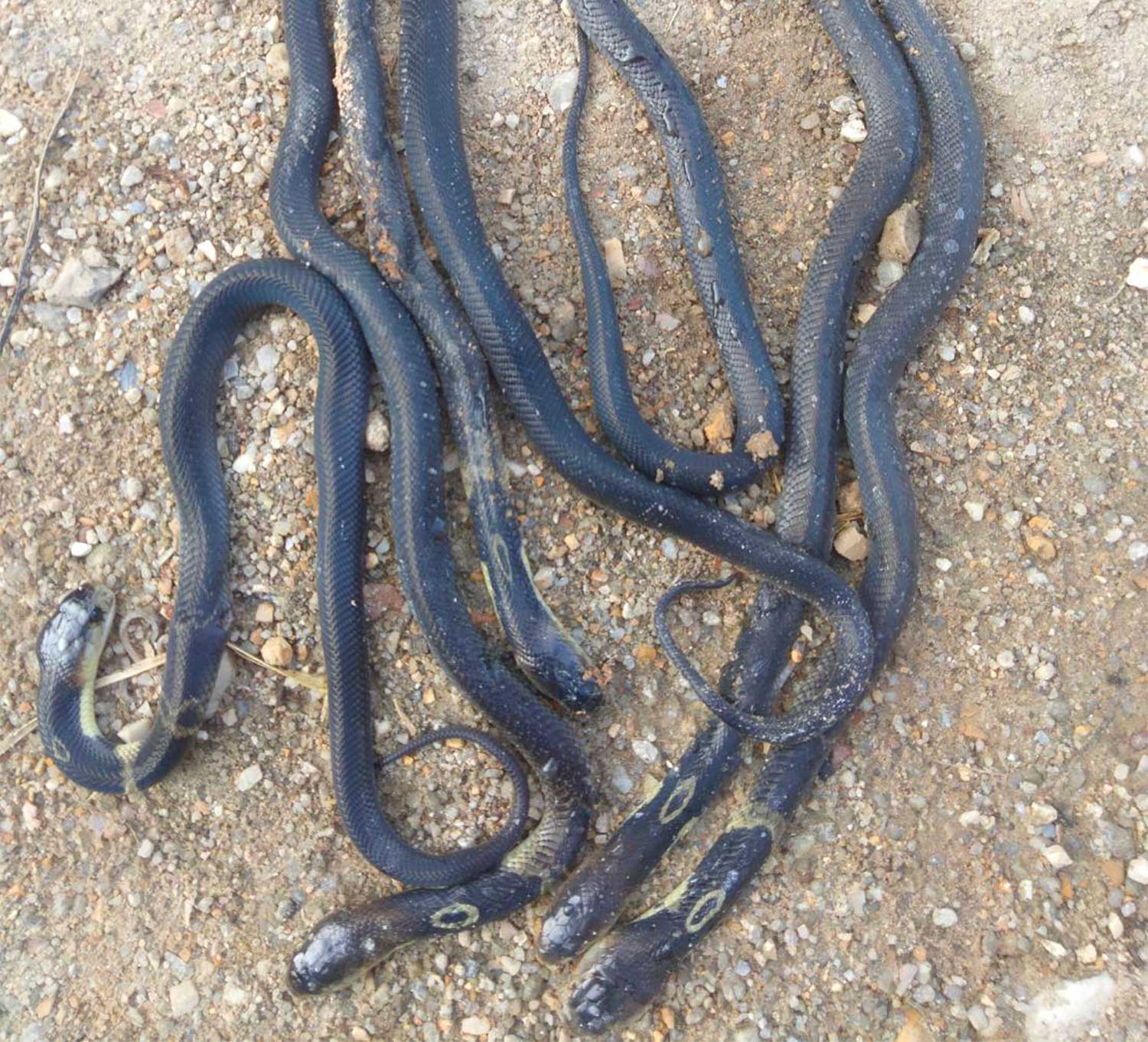 Some of  the 14 baby cobras found in the house where a family of five  live. (Photo: Assawin Pakkawan)