The government has set an ambitious goal of slashing road fatalities by almost two-thirds within five years although it admits the effort could be hampered by a lack of public cooperation. 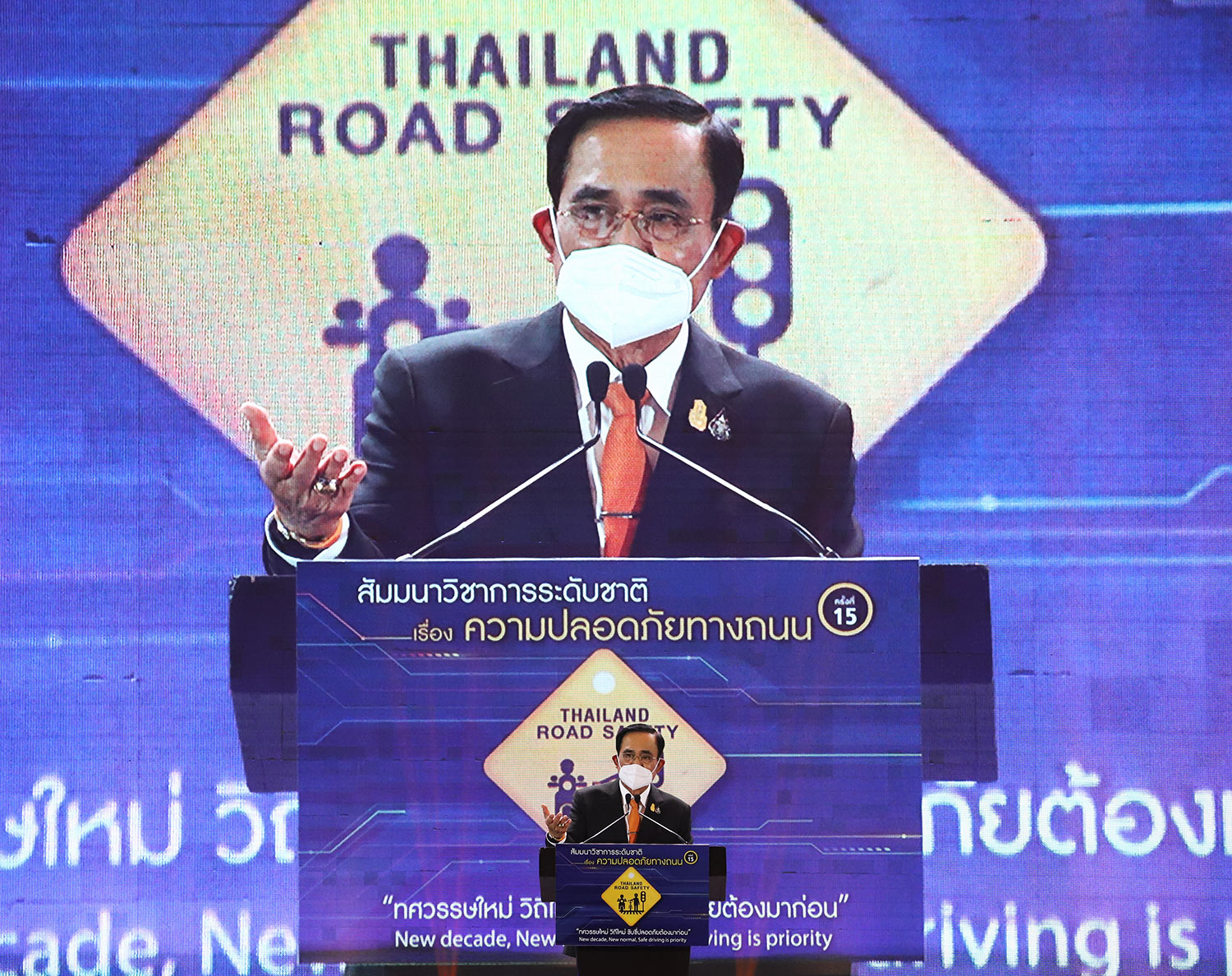 The goal was confirmed by Prime Minister Prayut Chan-o-cha at an academic seminar in Bangkok titled "New Decade, New Normal, Safe Driving Is Priority" which he presided over on Wednesday.

At the forum, 49 awards were meted out to individuals and organisations with outstanding roles in promoting road safety.

Gen Prayut said the event set the stage for different views to be exchanged on how traffic accidents could be reduced.

Road safety has been prioritised in the 20-year national strategy. The goal is to cut fatalities from traffic accidents to 12 persons per 100,000 population by 2027 and achieve the Vision Zero target by 2050.

Vision Zero is a strategy first implemented in Sweden in the 1990s to eliminate all traffic fatalities and severe injuries while providing safe, healthy and equitable mobility for all.

Thailand has the ninth-highest rate of road fatalities in the world with 32.7 deaths per 100,000 people, according to the World Health Organization (WHO).

Fifty-nine people aged 15-19 are injured from riding motorcycles daily on average. Deaths from speeding have risen by 4% in recent times while fatalities connected to drink driving during holidays are also up.

Gen Prayut said meeting the Vision Zero target by 2050 would be difficult but attainable provided everyone plays their part.

"Of course, I know the problem and how to solve it. But it won't work 100% because of a lack of public cooperation," he added.

The enforcement of laws related to public transport, private car usage, and maintaining the quality of roads and transport infrastructure are all crucial factors in contributing to traffic safety, he said.

The prime minister said a driver database, safety-enhancement technology and other innovations will also help scale down the number of traffic accidents.

He said a concrete plan must be drawn up to make roads safer.

Most accidents in Thailand involve motorcycles with riders often neglecting to wear helmets or driving while under the influence of alcohol.

"I ordered that the law must be strictly enforced against traffic offenders. But I would have liked to seek people's cooperation first," Gen Prayut said. "I can't criticise people but I can remind them [of the need to prevent road accidents]."

The Ministry of Higher Education, Science, Research, and Innovation approved a rule that college lecturers must cite community-based studies when applying for academic positions.