Activist Tantawan “Tawan" Tuatulanon, 20, who was granted bail on Thursday, 37 days after starting a hunger strike while being held in custody on a charge of lese majeste. (Photo:@lawyercenter2014 Thai Lawyers for Human Rights Center Facebook)

Her third application for bail was made on Thursday morning. The others were denied. The court set 1.30pm for the hearing of its decision.

The court allowed bail for the defendant for 30 days, starting on Thursday, on condition she wears an electronic tag, not leave her residence except in case of sickness or with prior court permission, and not get involved in any activities that may cause chaos in society.

The defendant was also prohibited from doing anything deemed to affect the monarchy and not leave the country without court permission.

Pita Limjaroenrat, leader of the Move Forward Party, went guarantor for her release and was appointed Ms Tantawan’s bail supervisor. Mr Pita was present in the court to hear the decision.

Ms Tantawan has been on a hunger strike for the past 37 days in protest at her detention and for the right to bail for herself and other detained activists. After the court's decision, MsTantawan was immediately taken to a hospital for treatment.

She was arrested on March 5 on Ratchadamnoen Nok Avenue on charges of violating Section 112 (the lese majeste law).

She and her group, called Thaluwang, gathered in front of Siam Paragon shopping mall on Feb 8 seeking people's opinions on royal motorcades, and it was later posted on Facebook. She made a live broadcast on the topic from Ratchadamnoen Nok Avenue on Facebook before a royal motorcade went by on March 5

She began her hunger strike while in custody on April 20.

Ms Tantawan has been charged with royal defamation, resisting officers in the execution of their duty and violation of the Computer Crimes Act. 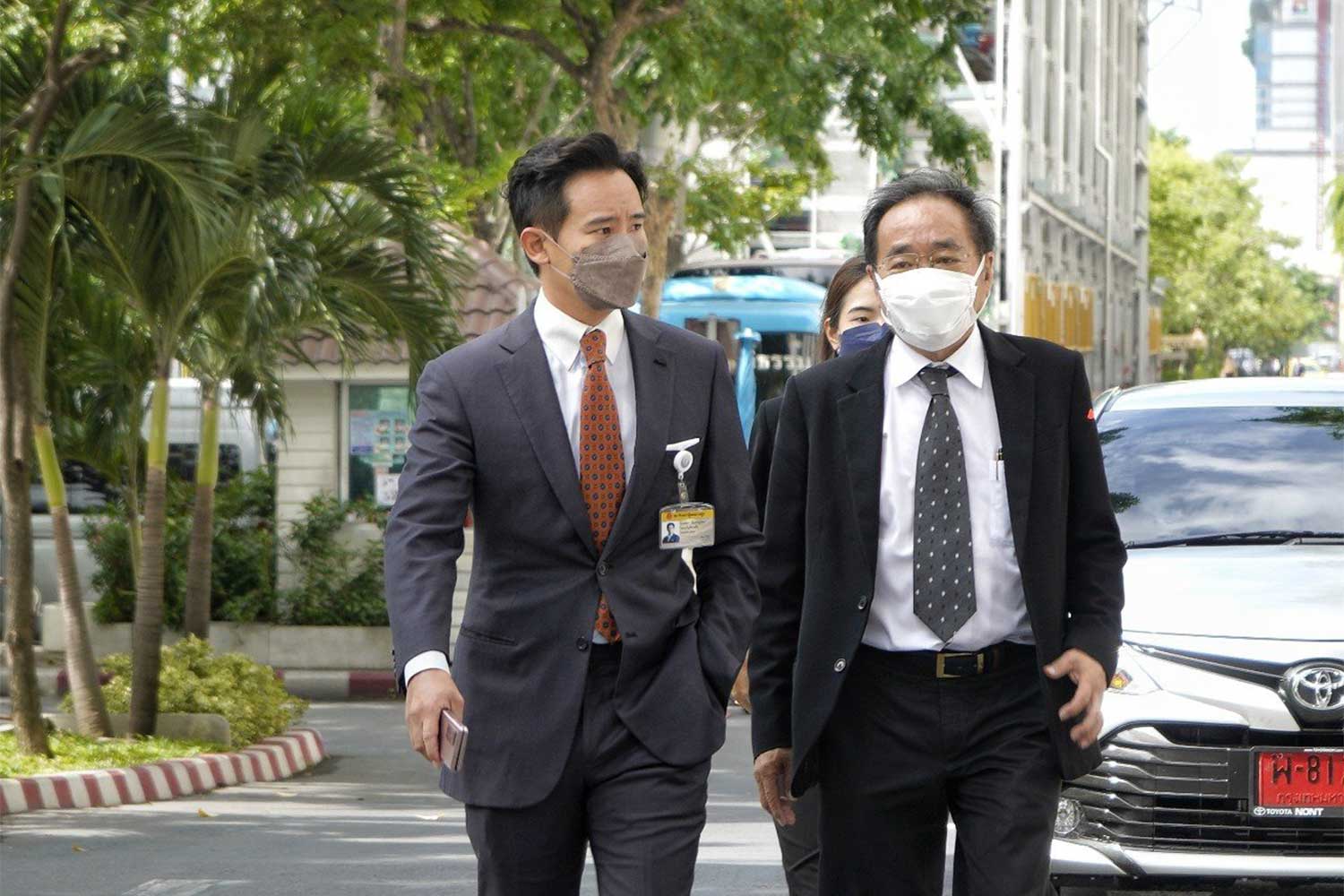 Pita Limjaroenrat, leader of the Move Forward Party, left, guarantor for the release on bail of activist Tantawan Tuatulanon, arrives at the Criminal Court on Thursday. (Photo: Pita Limjaroenrat Facebook)