A leopard cub, about one month old, is seized from an Indian man at a petrol station in Bangkok's Bang Khunthian district in February last year. (File photo: Pornprom Satrabhaya)

The Department of National Parks, Wildlife and Plant Conservation is struggling to feed some 26,000 rescued wild animals, as the government has cut the yearly budget for taking care of them by 50 million baht.

Ratchada Suriyakul na Ayutthaya, director-general of the department, said on Thursday that many wild animals seized from wildlife traffickers were kept at wildlife breeding centres.

"The budget cut is making it difficult for us to take care of them."

The department has launched several projects to provide more food and improve their living conditions. Private firms have also donated unsold fruits and vegetables to the department to feed the animals, but they are not their main food source, he said.

Large animals, such as tigers and bears, eat meat. Each tiger consumed about 5 kilogrammes of meat each day, excluding vitamins. Animal health check-ups are conducted every year, he said.

The department has launched the "Foster Parents" project to encourage animal lovers to donate money to buy food for wild animals under the department’s care. People can donate to the project's Krungthai Bank account number 980-216-5379, said the department chief. 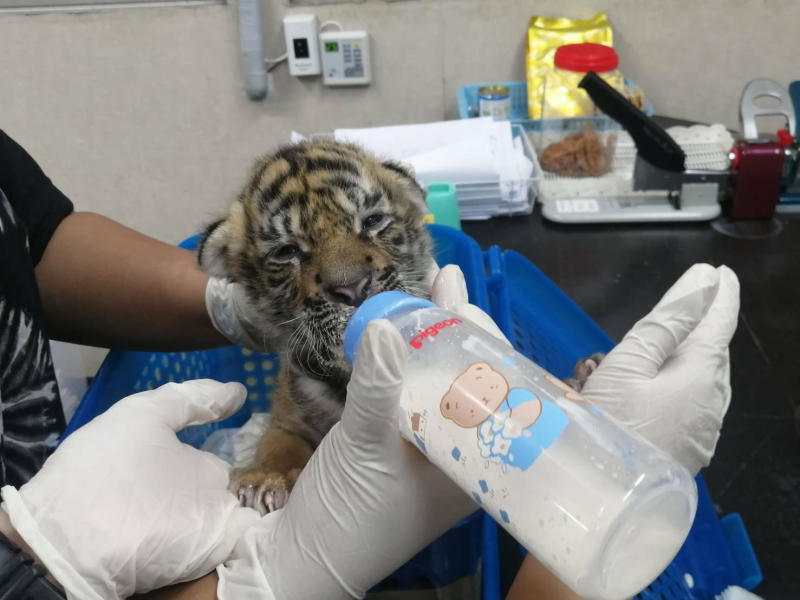