A 21-year-old university student fell to his death from this dormitory building at Loei Rajabhat University in Loei province on Tuesday night. (Photo: MorningNewsTV3's Facebook page)

LOEI: A second-year university student is reported to have drunk toilet cleaner before falling to his death from the fifth floor balcony of a university building in Muang district of this northeastern province on Tuesday night.

Police received a report about 11.57pm that a young man was found dead in a pool of blood on the ground floor of a dormitory building at Loei Rajabhat University.

Pol Capt Posawat Chandung, a Muang Loei investigator, said that when police arrived at the scene, they contacted the man's parents. They told police their 21-year-old son had muscular dystrophy in both legs and probably took his own life.

The body was sent to Loei Hospital for post-mortem examination.

In the dead student's room on the fifth floor police found an open, empty bottle of toilet cleaner, and a pool of vomit outside the room.

Security camera footage showed the student crawling and trying to climb over the balcony, but failing the first time. Several minutes later, he was able to sit on the balcony ledge and then fell to his death.

A lecturer, aged 45, who lived on the same floor as the student, told police he heard a loud noise from the student's room, like a slamming door.

Another resident, aged 36, told police she returned from dinner and saw a man lying on the ground in the  dorm building. She initially thought he was drunk and unconscious, and then she saw the blood. She immediately contacted police.

Police were cotinuing their investigation.

On Tuesday, Education Minister Trinuch Thienthong ordered the Office of the Basic Education Commission (OBEC) to improve safety measures after a Mathayom 2 (eighth grade) student fell to her  death from the eighth floor of her school in Nakhon Ratchasima province earlier that morning.

Ms Trinuch ordered an investigation into whether the girl's death was triggered by problems within her family, with friends, or from her schooling.

The minister said she was concerned that students may be subject to increased stress as they return to on-site classes, acknowledging an uptick in student brawls and bullying. She instructed the OBEC to monitor at-risk groups and student behaviour.

"Support systems for students in schools must be stronger, and I have told the OBEC and school directors that they need to implement measures ... to prevent incidents such as this," she said. 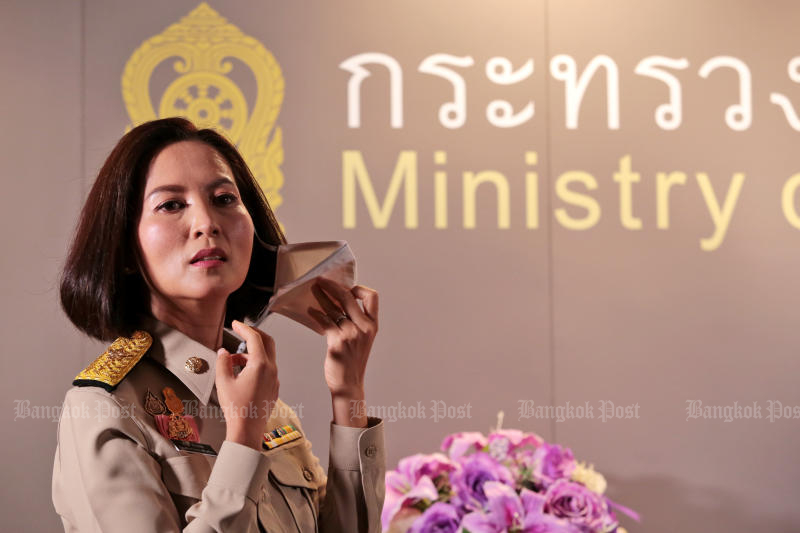